A new direction for Gulf Air.

In the early 1950’s, Gulf Air premiered as the first commercial airline in the Middle East. The legacy carrier revolutionised travel in the Gulf region and quickly became synonymous with Bahrain.

An innovative trendsetter, Gulf Air spearheaded Bahrain’s transformation into a hub for travel and set the bar high for luxury and glamour, establishing itself firmly as the first-choice airline in the Middle East and beyond.

Our job was to guide Gulf Air into rediscovering its magic to give the brand a modern lift and raise the quality of its customer experience.

Gulf Air’s iconic falcon has accompanied the airline from its very beginnings and is rooted in the Middle East’s psyche. A symbol of courage, perseverance and freedom, the falcon embodies the pristine and innovative service with the emotion and raw beauty that make Gulf Air more than just an airline.

We embarked on an exploration of the anatomy and movements of falcons in their natural environment. By studying the grace and elegance of the falcon in its natural environment, we were able to truly capture the essence of this iconic bird. We then commissioned experienced illustrator Martijn Rivjen, whose considered craft and understanding of natural form helped to bring this vision to life. The logo’s features run through the entire identity.

As the flag carrier of Bahrain, Gulf Air is a source of national pride and an ambassador to the Kingdom. We captured the warmth and friendless of its people and trailblazing attitude through the brand idea “smart with heart”, which guides every touchpoint of the Gulf Air experience.

The delicate balance of warmth and modernity is seen in the fleet’s new livery, which celebrates the airline’s impressive heritage. 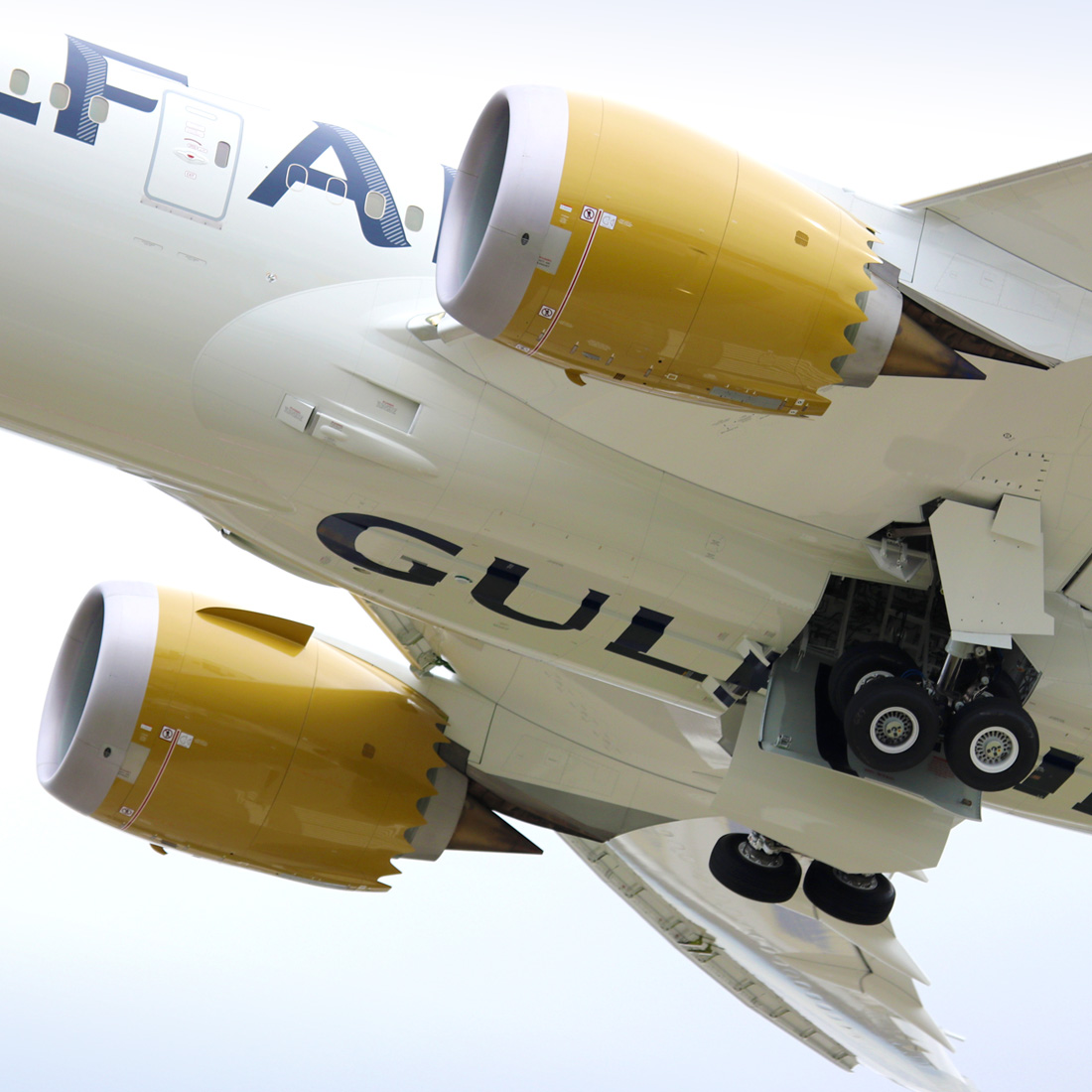 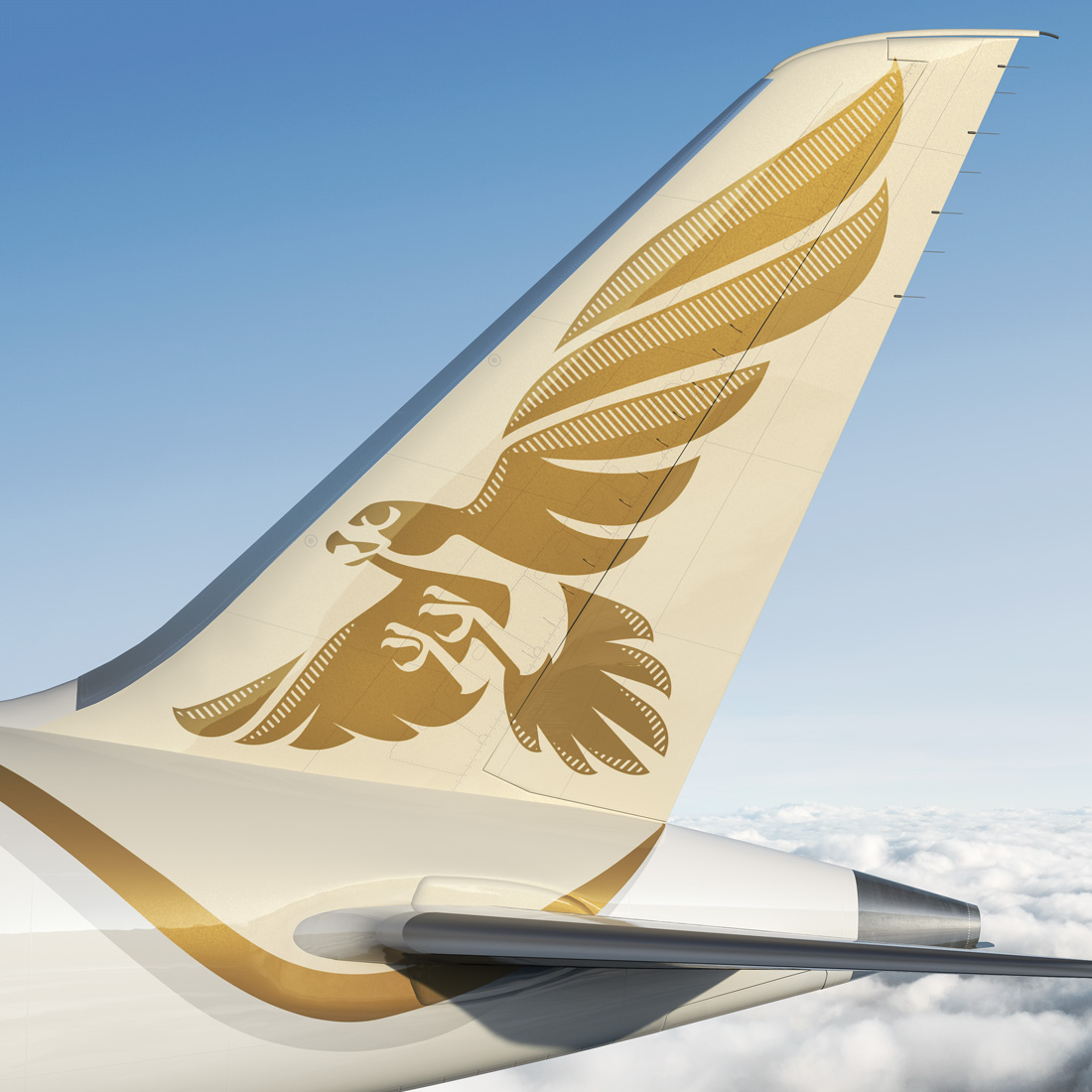 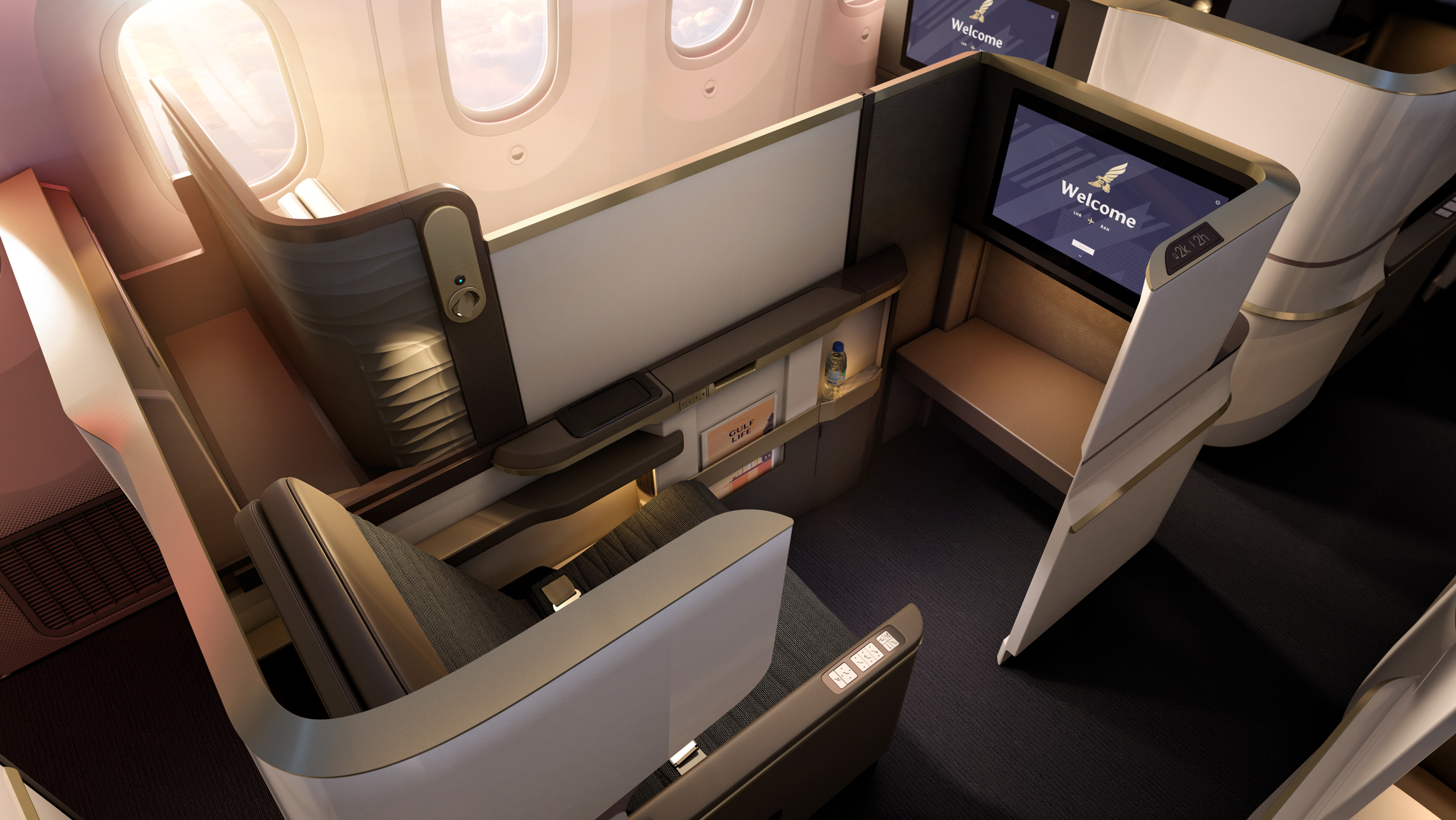 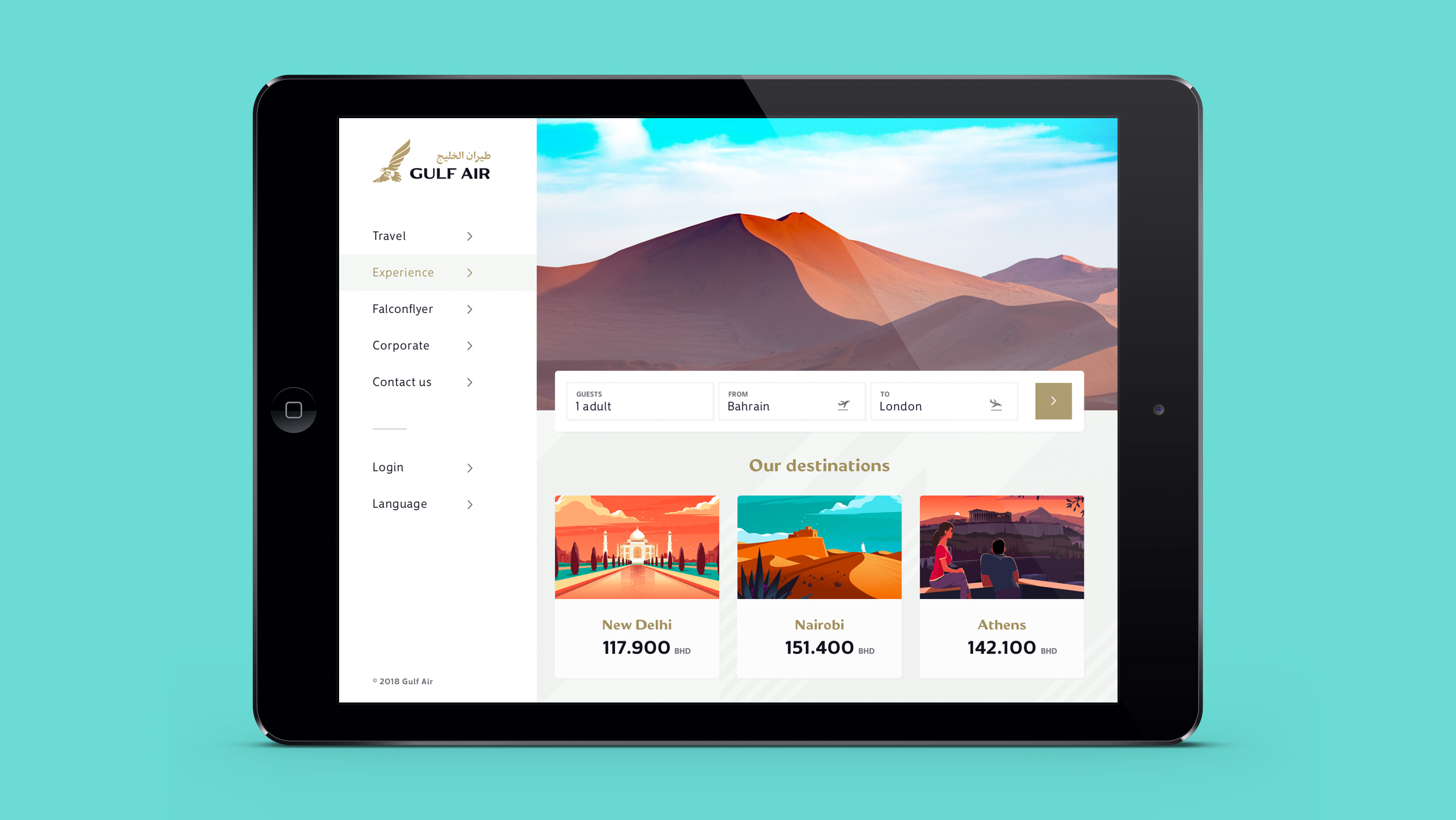 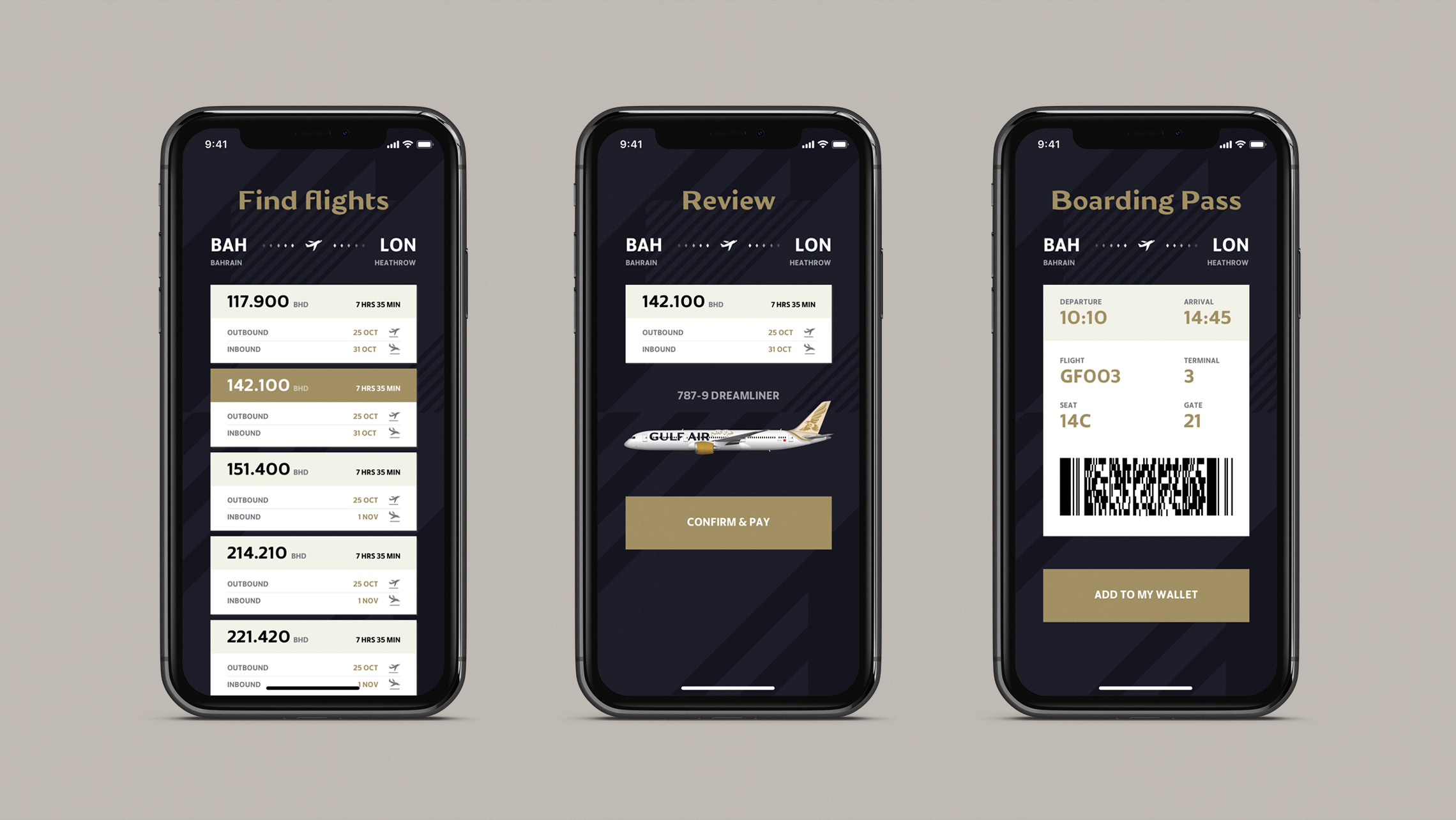 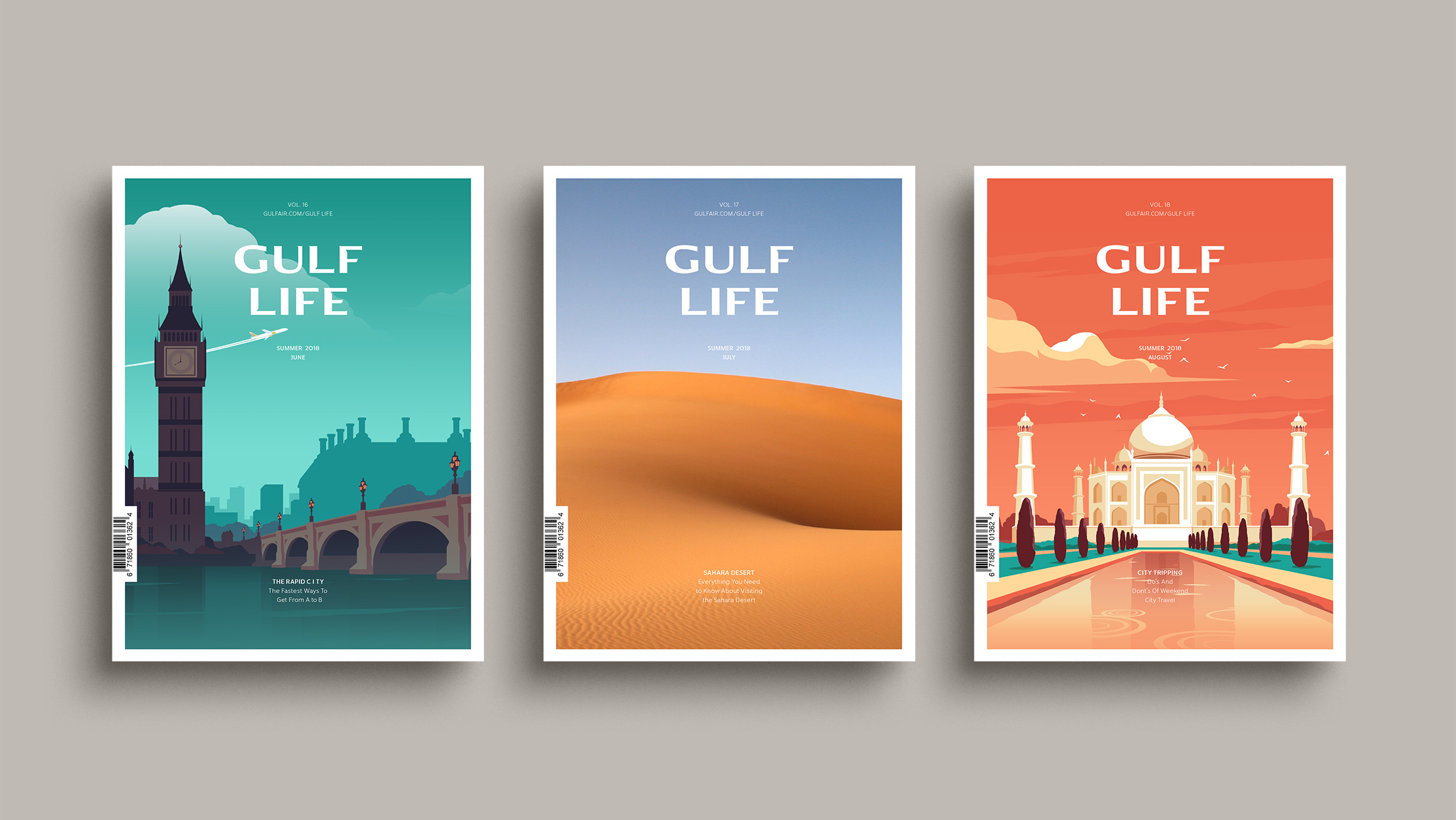