A new identity for Sundance Institute.

Founded by the actor and director Robert Redford in the mountains of Sundance, Utah, in 1981, Sundance Institute has grown into a global nonprofit cultural organization that advances the work of storytellers in a variety of disciplines. Best known for the Sundance Film Festival, one of the largest showcases for independent cinema in the world, the Institute is also a resource for thousands of independent film, theater and music artists through its year-round labs, programs and initiatives including the Feature Film Program, Documentary Film Program, Theatre Program, Creative Producing Initiative, Film Music Program, #ArtistServices, and many more.

Pentagram’s Paula Scher has created a new identity for Sundance Institute and a flexible identity system that can be customized for the Institute’s many programs and initiatives. Bold, iconic and memorable, the identity is based around the simple form of a bright yellow circle, a play on the Institute’s name. Scher has also designed the graphic identity for the 2014 Sundance Film Festival.

Infinitely expandable, the system of circles is used in various configurations to create logos for the Institute’s many different activities through which it supports the creation and exhibition of independent film and theater. The identity will appear on all Institute communications, including printed materials such as posters and brochures; the Institute’s website and other digital applications; and advertising and other promotions. The designers also created logo animations to be used to introduce or announce films and programs produced at the Institute.

The colorful identity appears in bright yellow and is also accompanied by two variations in shades of mustard and warm orange. The logotype is set in Trade Gothic, the typeface of the identity. 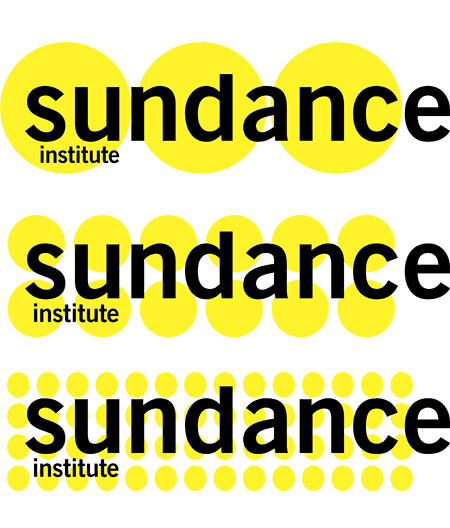 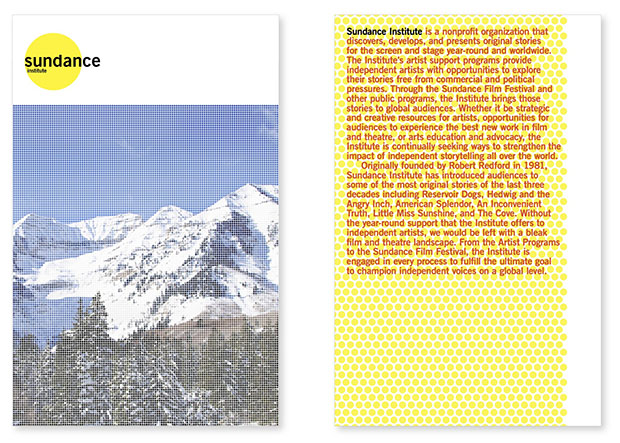 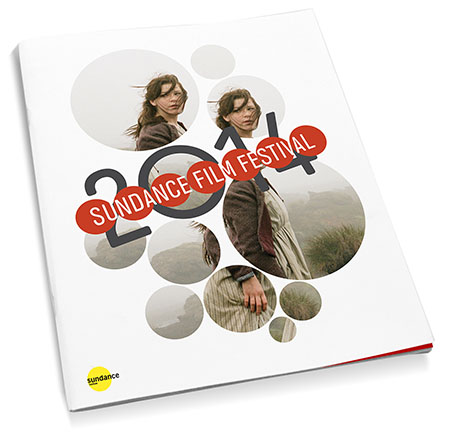 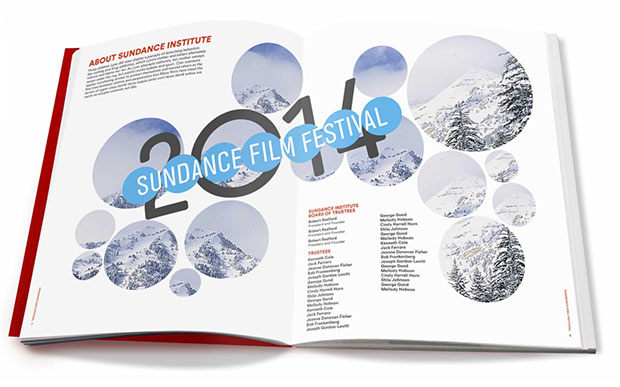