A platform will be Tabakalera's new graphic image

Tabakalera presents its new image, a symbol similar to the letter T, the initial of its name. This symbol works also as a metaphor of a platform for the cultural activity. The new logo has been designed by the Basque design studio Lanzagorta. Their proposal is a symbol the Jury has defined as “forceful, solid, neutral and adequate to the Centre’s identity”. It is a T that wants to be “platform, space, building, factory, but after all, a letter anchored in culture”.

A versatile symbol, easy to recognize

One of the most important values of the symbol is that it is easily recognizable. The symbol and the name of the Centre go in the same sing, compact and notorious image that can be reduced without loosing legibility.

The members of the Jury emphasized the versatility of the symbol which “can be adapted to different applications and different kind of activities”. Regarding the selected typography (capital letters and bold type) they said “it is harmonious with the symbol and coherent with the communication stile of Tabakalera”.

The jury of the tender for Tabakalera’s corporative image has been formed by important professionals in graphic design, some of the specialised in culture centres, and members of the management of Tabakalera:

Norberto Chaves, expert in institutional identification and technical coordinator of the Jury

Daniel Giralt-Miracle, expert in design history and in the management of cultural centres

Angelica Barco, graphic designer and member of the Jury.

The tender for the new image of Tabakalera was launched in February. Some one hundred studios expressed their interest in taking part in the process by sending in their professional track records and ten of them were selected for the next phase. Eventually, only three studios get to the final phase: Carrió-Sánchez-Lacasta, Mario Eskenazi-Diego Feijóo and Lanzagorta, and the proposal of the last one was the selected one as a new corporative image of Tabakalera. 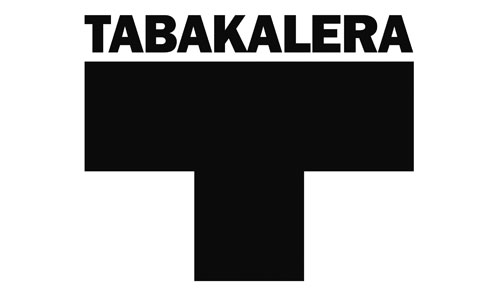