The refreshed AIG logo will be used in a limited capacity until the company completes the rebrand of its property casualty and life and retirement segments later this fall. When the rebrand is complete, AIG’s property casualty segment, currently named Chartis, will become AIG in most locations. The company’s life and retirement segment, currently known as SunAmerica Financial Group, will become AIG Life and Retirement.

“AIG’s clients, investors, and the general public are increasingly recognizing that AIG has made America whole plus a profit,” said Robert H. Benmosche, AIG President and Chief Executive Officer. “Our new logo reflects a rebuilt and forward looking AIG – contemporary, dynamic, transparent, and revitalized. Every day, we are working to build on that accomplishment by continuing to innovate, while providing our clients with outstanding products and services.”

American International Group, Inc. (AIG) is a leading international insurance organization serving customers in more than 130 countries. AIG companies serve commercial, institutional, and individual customers through one of the most extensive worldwide property-casualty networks of any insurer. In addition, AIG companies are leading providers of life insurance and retirement services in the United States. AIG common stock is listed on the New York Stock Exchange and the Tokyo Stock Exchange. 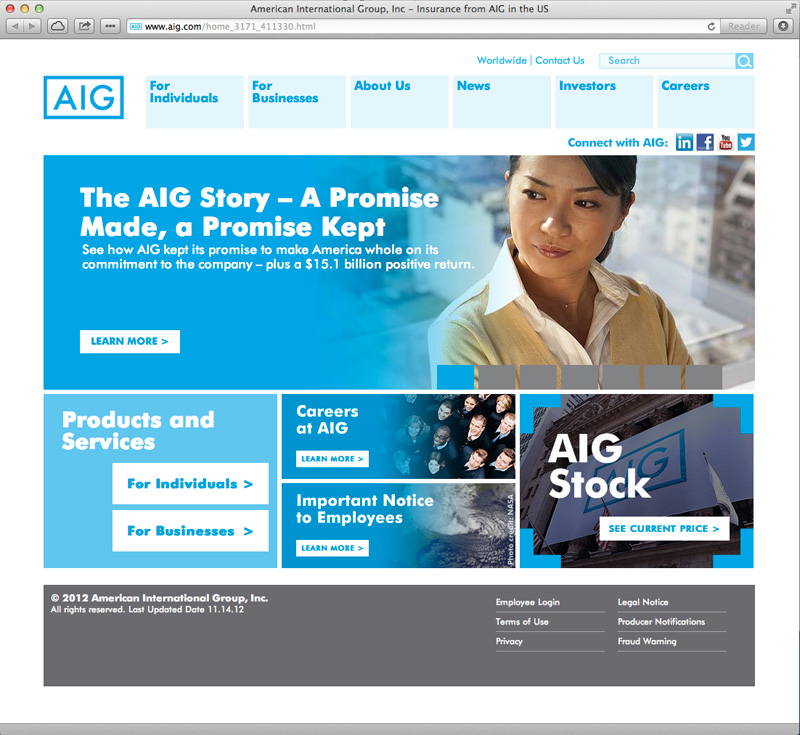 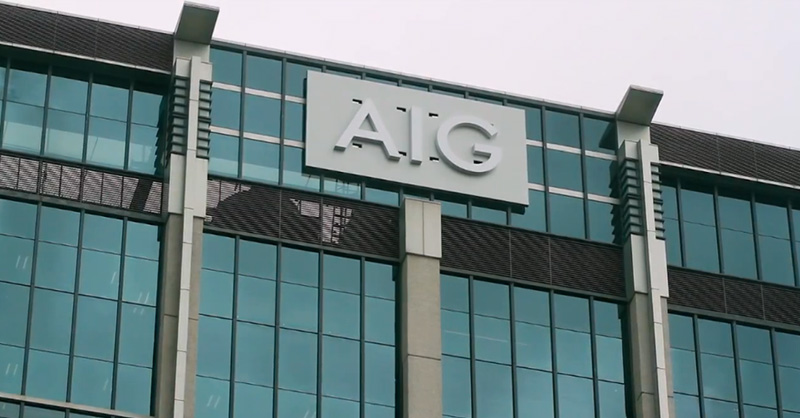