»(…) The Halifax name will continue to be used with the group's other brands in England; Lloyds TSB, Halifax and Cheltenham and Gloucester.

The Bank of Scotland brand logo will be retained although its typeface brought into line with those preferred by Lloyds Banking Group.

Both the advertising campaign and the re-design have been won by London-based agencies, where previously HBOS had used Scottish-based suppliers. (…)« 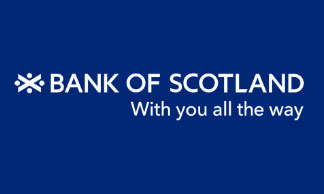