Carbon3D threads together hardware and software technologies with molecular science to produce end-use products. It has advanced the 3D printing industry beyond basic prototyping into 3D manufacturing, putting designing and creating products back into the hands of businesses.

In preparation for its TED talk last year, Carbon3D quickly created a brand that could represent its business at that time. While useful, Carbon3D knew it needed to invest in creating an identity that spoke to the magnitude of its offerings. Moving Brands was approached by Carbon3D to create a brand framework and system that represented the boldness and value that it brought to its industry and to businesses worldwide.

Upon meeting the team at Carbon3D, it became clear the business did indeed offer a ‘leap forward’ in 3D manufacturing. Its breakthrough technology, known as CLIP – Continuous Liquid Interface Production, grows 3D parts instead of printing them layer by layer, like traditional 3D printing. It allows businesses to produce commercial quality parts at game-changing speed, a crucial piece in 3D manufacturing. This technology challenges traditional material and manufacturing limitations, setting Carbon3D up in a new and differentiated category entirely.

However, there was a lack of clarity externally around who the company was and what they could offer businesses. There was also an understandable but incorrect comparison to other 3D printing companies with less innovative approaches. We worked with Carbon3D to create an identity and system that clearly articulated its expansive offerings.

We began our approach by conducting stakeholder interviews, workshops, benchmark audit and in-depth competitor analysis. The Carbon3D team is made up of engineers, chemists, physicists and other talents in technology and innovation. We created a similarly multi-disciplinary global team of Moving Brands’ graphic and motion designers, technologists, filmmakers and industrial designers to work alongside them in redefining and creating the Carbon3D brand.

Our multi-disciplinary team explored a wide range of approaches when considering design solutions, incorporating the use of code generation, 3D rendering and make-shift experiments using liquid gels that could start to simulate the fluid properties of the product.

The mark we created is a true testament to the power and innovation of CLIP. It is a bold, industrial icon inspired by the concept of fabricating with light. It is constructed by using light to convey the form of a three dimensional character ‘C’ – a representation of the carbon symbol.

Along with the delivery of the messaging, naming and brand identity and visual system for Carbon3D, our in-house technologists proposed the idea of an interactive table – a revolutionary way to showcase the performance of Carbon3D products. If realized, the table concept would be engineered to reveal material properties and characteristics of the resin.

Carbon3D unveiled internally in November 2015. The identity system was praised by the team who felt it was a true representation of them and would best position the company going forward.

Carbon3D launched externally in April 2016 at the AMUG Annual Conference. 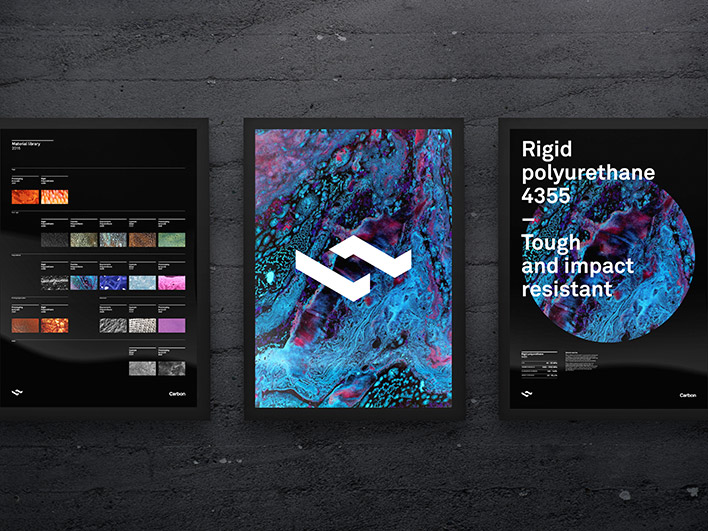 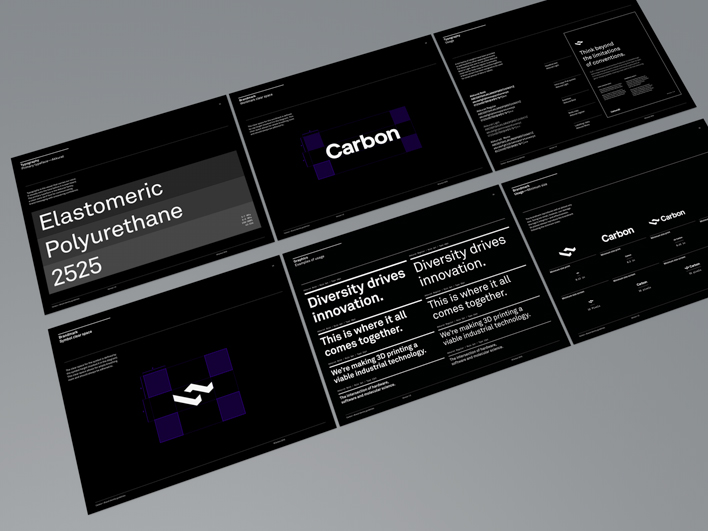 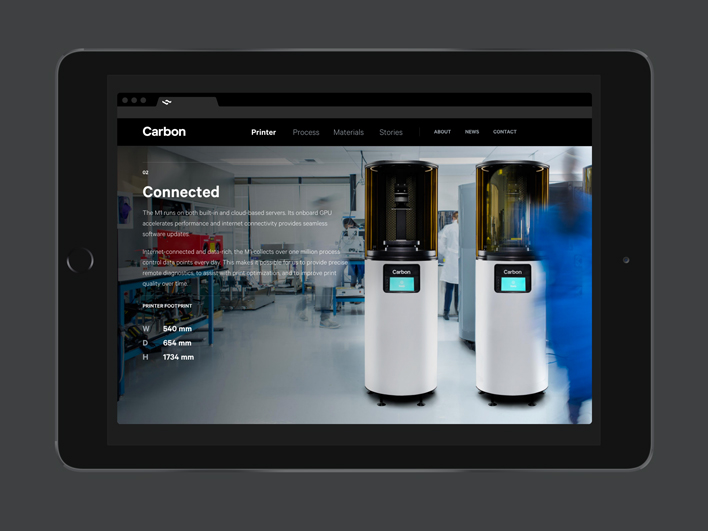 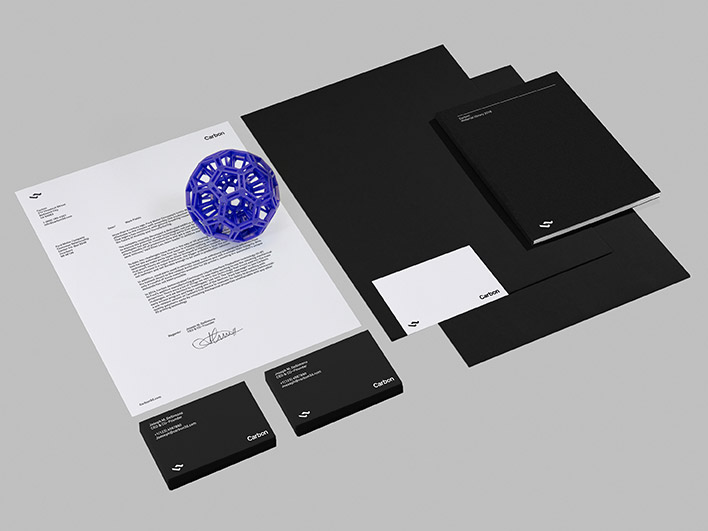 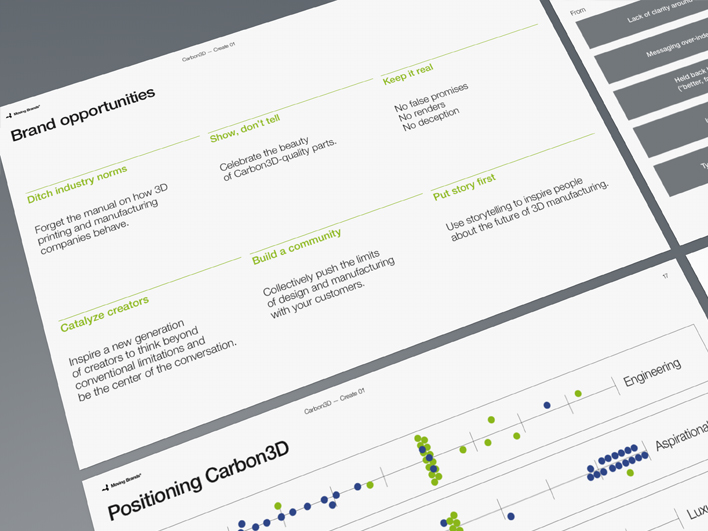 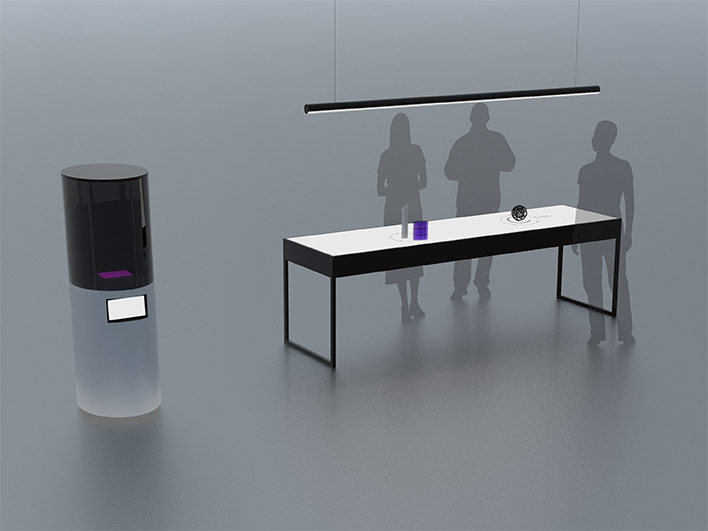