Deadly Dust had to have an ethereal quality: one of gentle, delicate horror. „Pop gothic“ colour gradients, fine keylines and dusty textures were woven into chapters describing a journey. But not of a car on the open road: rather what happens to its wheels after it has stopped.

Car tyre particles have been found on each of the four corners of the earth—so we designed a graphic device based on a globe, whose latitudinal and longitudinal lines rotate to form four wheels. We wanted to show that what goes round, gets around too…

From a campaign perspective, the project was problematical as it had multiple messages, dense statistical data and (until recently) no obvious call-to-action. Awareness of car tyre pollution is low, and currently there is no alternative for tyres. In fact some of the worst offenders are electric cars whose extra weight means tyre wear is high. We knew we couldn’t simply ask people not to use their cars, and even less so their electric ones.

But now there is a solution. How & How have partnered with The Tyre Collective (winners of the UK National James Dyson Award 2020) to raise awareness for their new electrostatic product. This is not the end of the road. 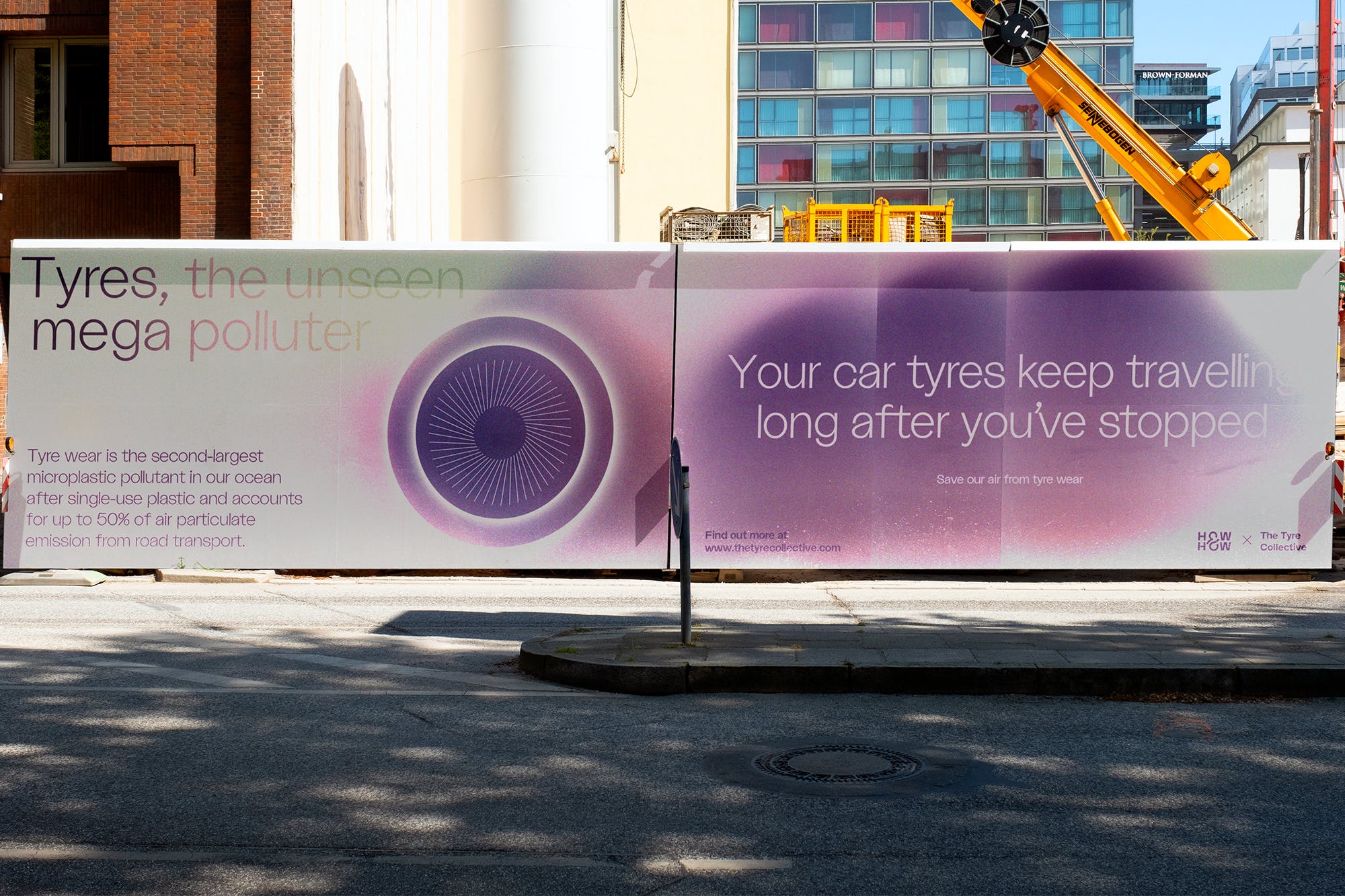 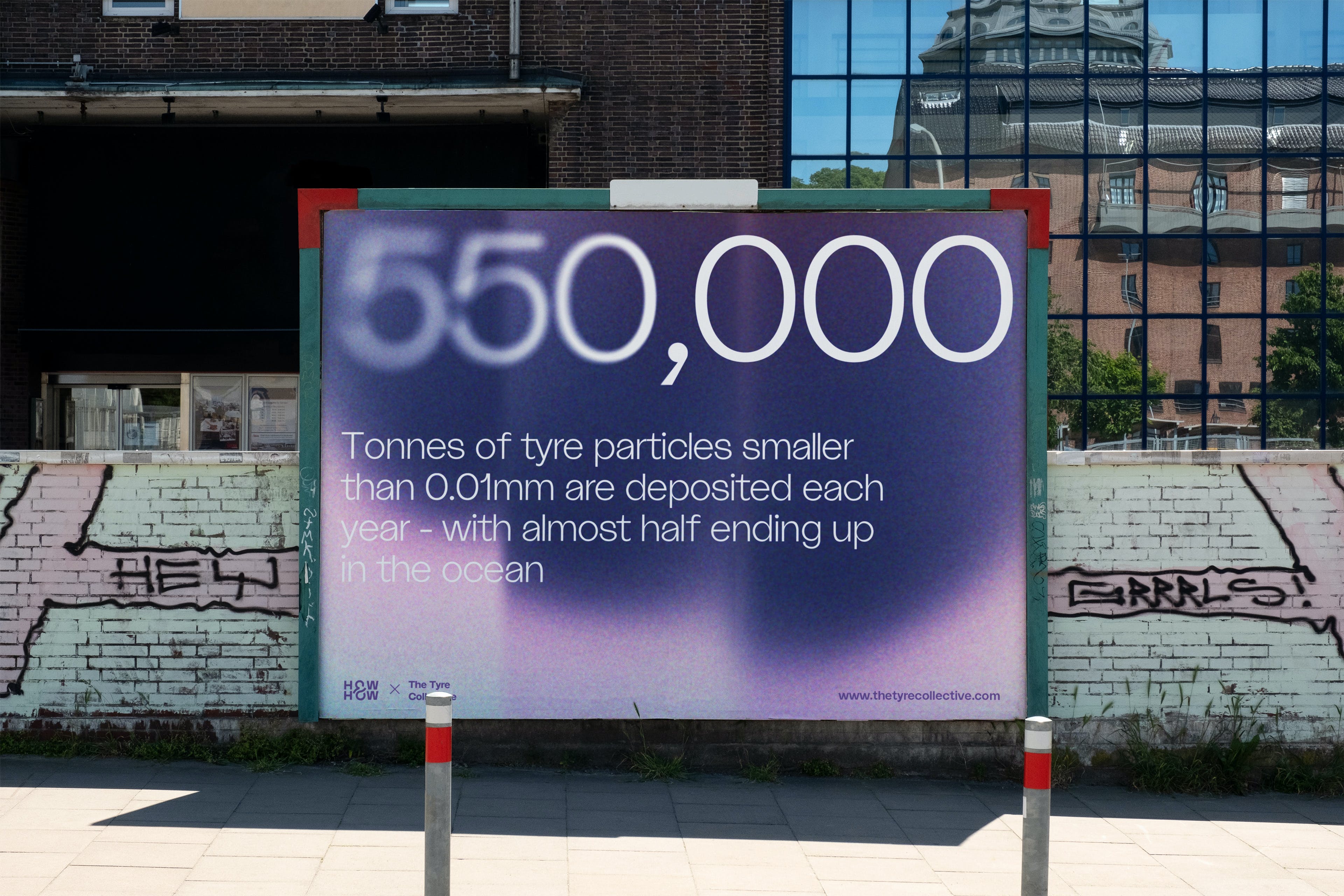 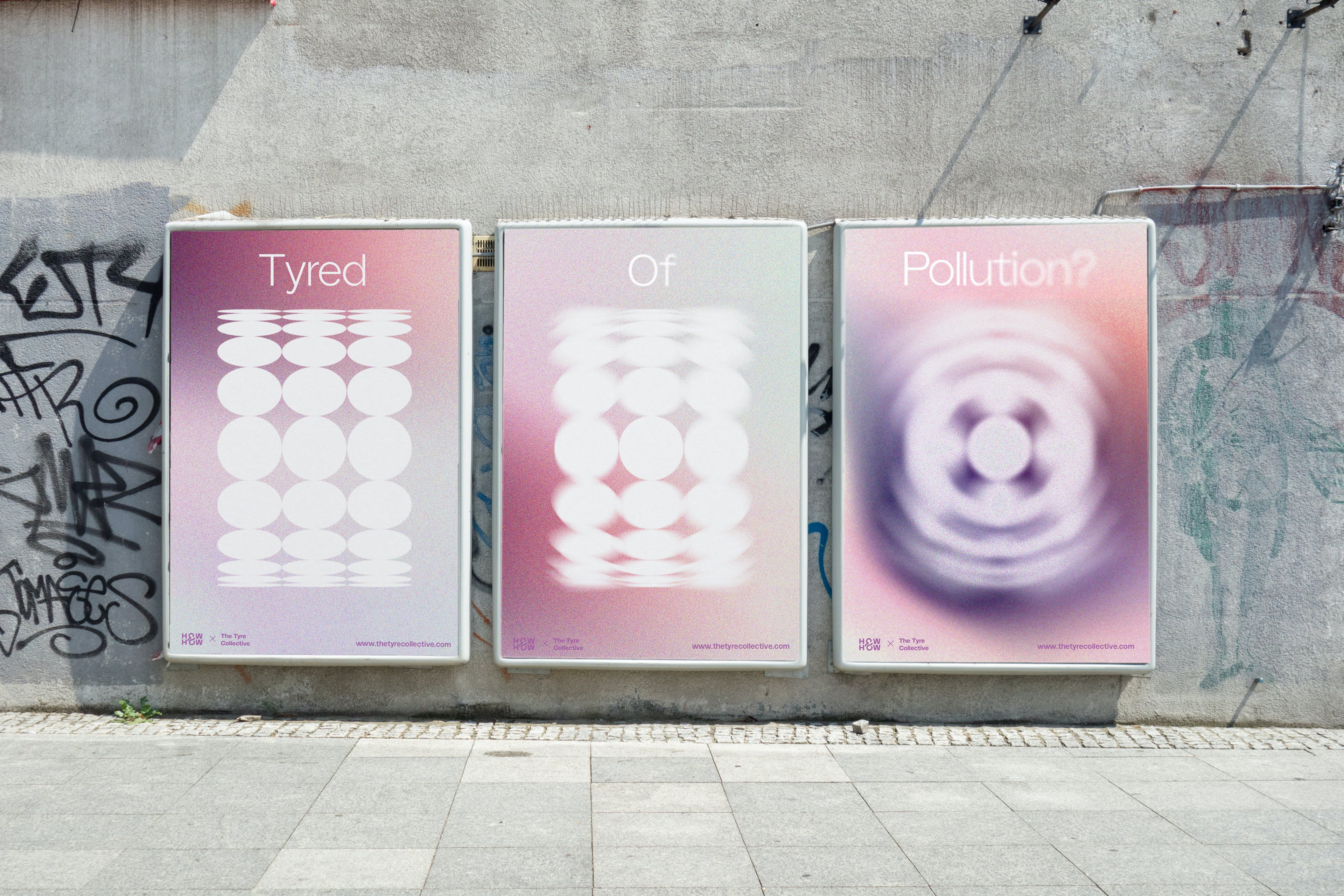