dOCUMENTA (13) is pleased to announce that the Italian graphic design company Leftloft will be developing our visual identity in the years to come. Each and every documenta since 1955 has reinvented itself through the engagement of its participants and the general public. In Leftloft, dOCUMENTA (13) Artistic Director Carolyn Christov-Bakargiev has found a congenial partner to develop the use of a design grammar that is open, flexible, playful, simple and functional, while at the same time acknowledging the history of documenta.

“documenta’s true identity,” states Leftloft, “can be described as the sum of many different signs and meanings, as a process rather than a fixed reality. We believe this cosmos should not be reduced to any specific graphic sign. To avoid the risk of altering documenta’s nature by superimposing a fixed graphic identity onto it, we decided to define a flexible visual grammar. Our aim is to achieve a consistent and effective non identity which will not rely on the repetition of a single graphic element. In this sense, the 13th edition of documenta will not have a traditional logo. Instead, there will be a ‘rule’ for writing the word itself. It will always be written with a lowercase ‘d’ while the rest of the letters will all be uppercase and followed by the number thirteen in brackets. This visual rule is meant to signify that the lessons of this documenta (the Latin ‘documentum,’ from which the plural noun ‘documenta’ derives, means ‘lesson, lessons,’ and at times it even indicates a ‘warning’) are not going to be pedantic. We are rather embarking on a lively, pluralist, imaginative and cumulative endeavour. Participants, agents and the public will be involved in this process in the coming years. Its culmination, in 2012, will constitute one moment of a much longer journey, hence the brackets for the number of this edition.”

Over time documenta’s new visual grammar becomes distinctive and apparent through the use of an increasing number of fonts, each dedicated to one specific type of object. The typography of the name will vary in each of its utilisations, from press releases to the website, from letterhead to artists’ books and notebooks. This will result in a set of dOCUMENTA (13) logos that will be different from one another while being characterized by the same visual syntax.

“documenta has since its inception in the 1950s more often than not used a small d rather than a capital D,” reiterates Christov-Bakargiev. “While at its beginnings this was a radical democratic gesture and design choice, today, the non-capitalizing of words has become a sign of one of the many unintentional gestures of the digital world shooting messages through networks and around the globe. To reverse the normal rules of writing by capitalizing the rest of the word requires active engagement, attention and a certain amount of extra time on the keyboard. Leftloft’s history is interesting and carries symbolic meaning in its connections to twentieth century early modern graphic design.

Leftloft is a graphic design collective based in Milan since 1997. Leftloft opened a New York office in 2009 and now operates with a staff of 20 designers who are specialized in various fields, from print to interactive design. Leftloft founding partners Andrea Braccaloni, Francesco Cavalli, Bruno Genovese and David Pasquali met at the Politecnico di Milano university while studying urban planning. They were introduced to visual communication by their professor Giovanni Anceschi and began working on their own design projects ever since. Anceschi is an artist, designer and theoretician of visuality, who formerly taught at the Politecnico. As a young artist, in 1959, he was a co-founder of the artist collective called Gruppo T creating kinetic and “programmed” art. In 1962-1967 he was a student of Tomás Maldonado at the renowned Hochschule für Gestaltung Ulm, one of the most important schools for the development of modernist functional design. He wrote his thesis on “Schematic Representations for didactical exhibitions” (Theoretical Part) and “Dynamic Communication for an exhibition on Cybernetics” (Practical Part). His thesis committee also included A.A. Moles, H.W. Kapitzki, Tomás Gonda and Bruno Munari. From 1966 to 1967 he worked as an assistant professor at the Department of Visual Communication in the Hochschule für Gestaltung.

In its 15 years of existence, Leftloft has never restricted itself to working in any specific field, and has developed its own visual language while working across the board for public and private clients, not solely nor primarily in the art world. Prior to working for dOCUMENTA(13), for example, Leftloft created a great variety of projects ranging from the typeface design of Corriere della Sera newspaper to various books and catalogues, from the signage system of the San Siro stadium to the visual identity design of Moleskine diaries. 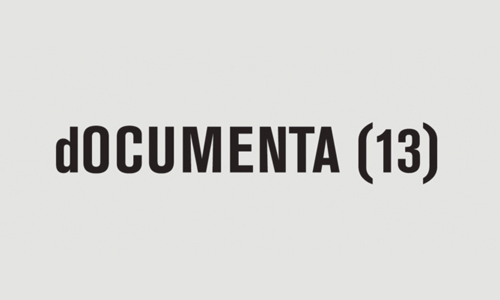