The Fluxus Film Festival is a free event screening the 37 films that are a part of the Fluxus Film Anthology. The spirit of anti-art establishments inspired the structure of the event, making the screenings a public pop-up cinema on various street corners in New York. The mark itself borrows from the idea of a films timecode and the inherent repetition found in the films. 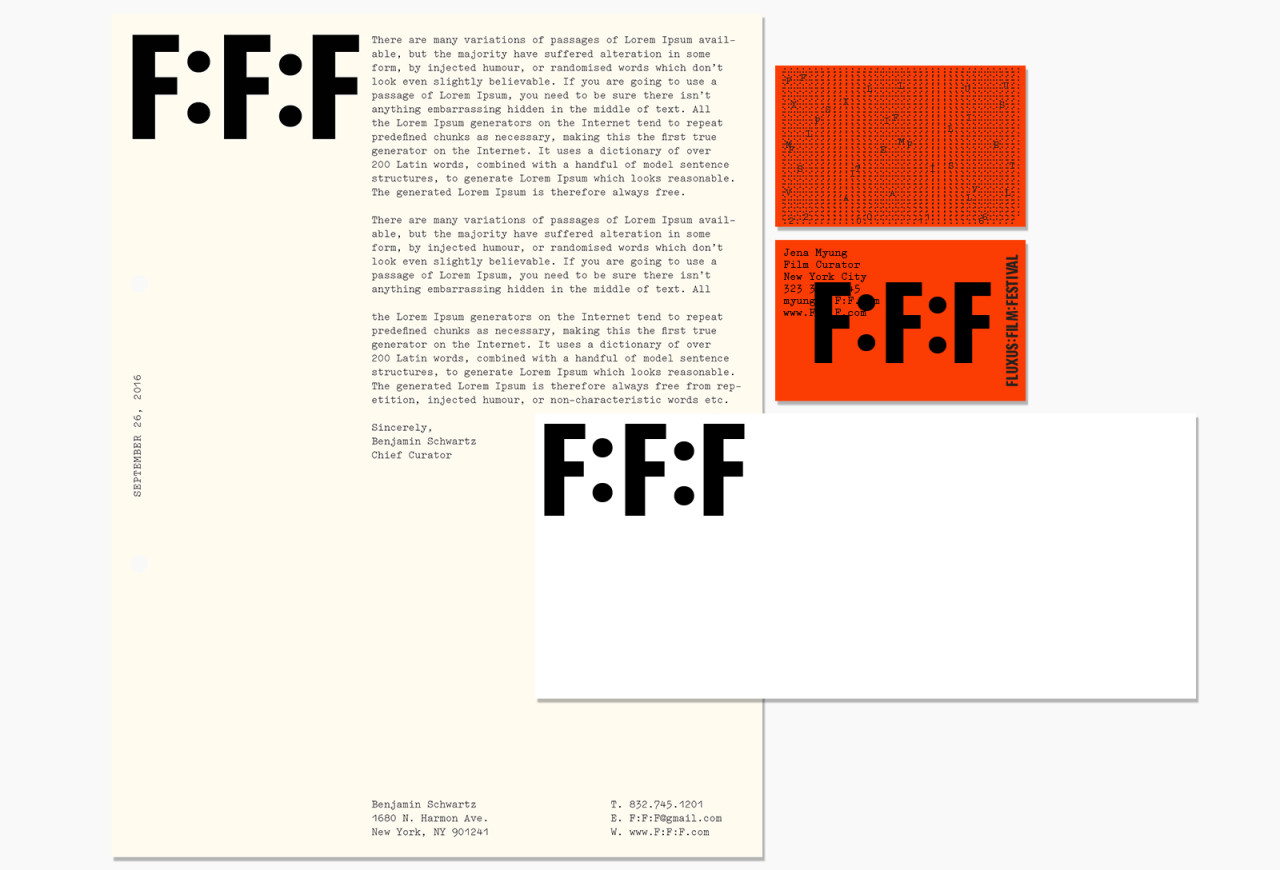 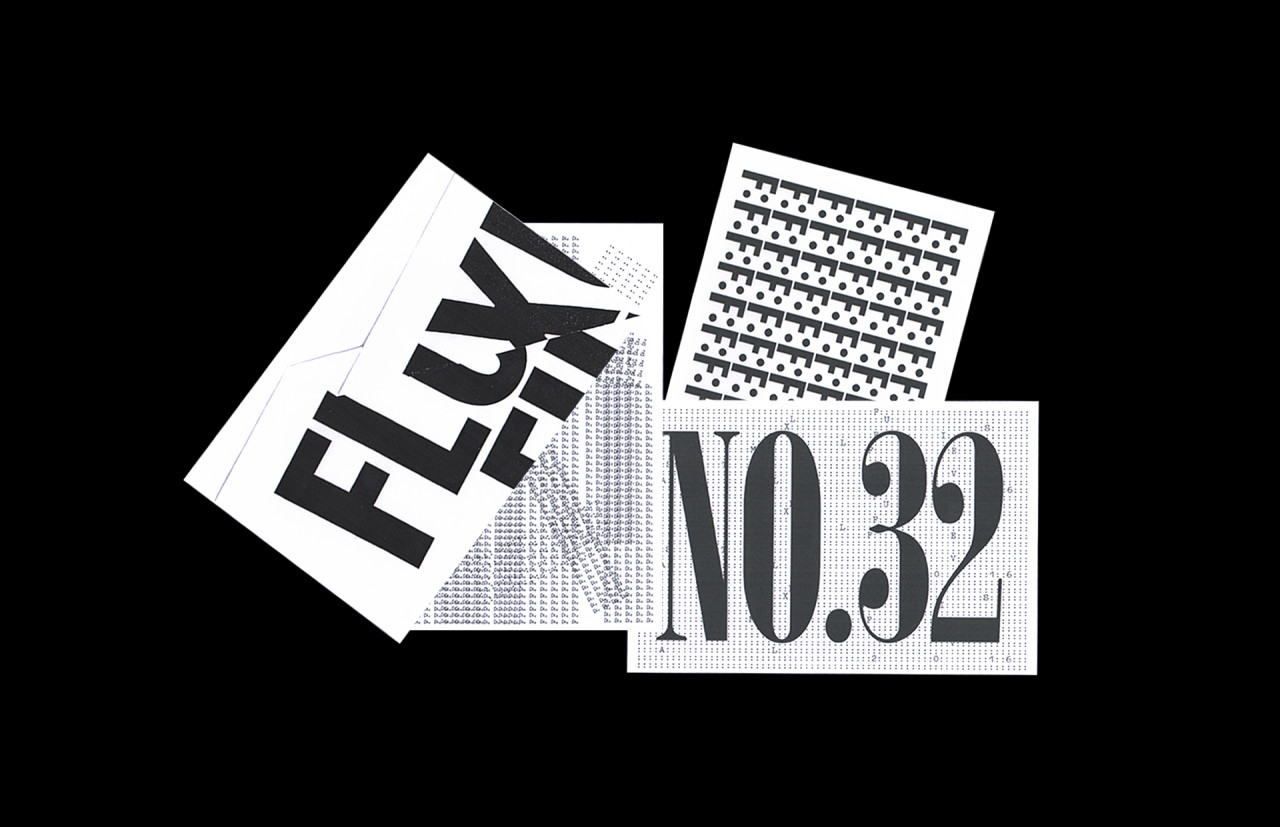 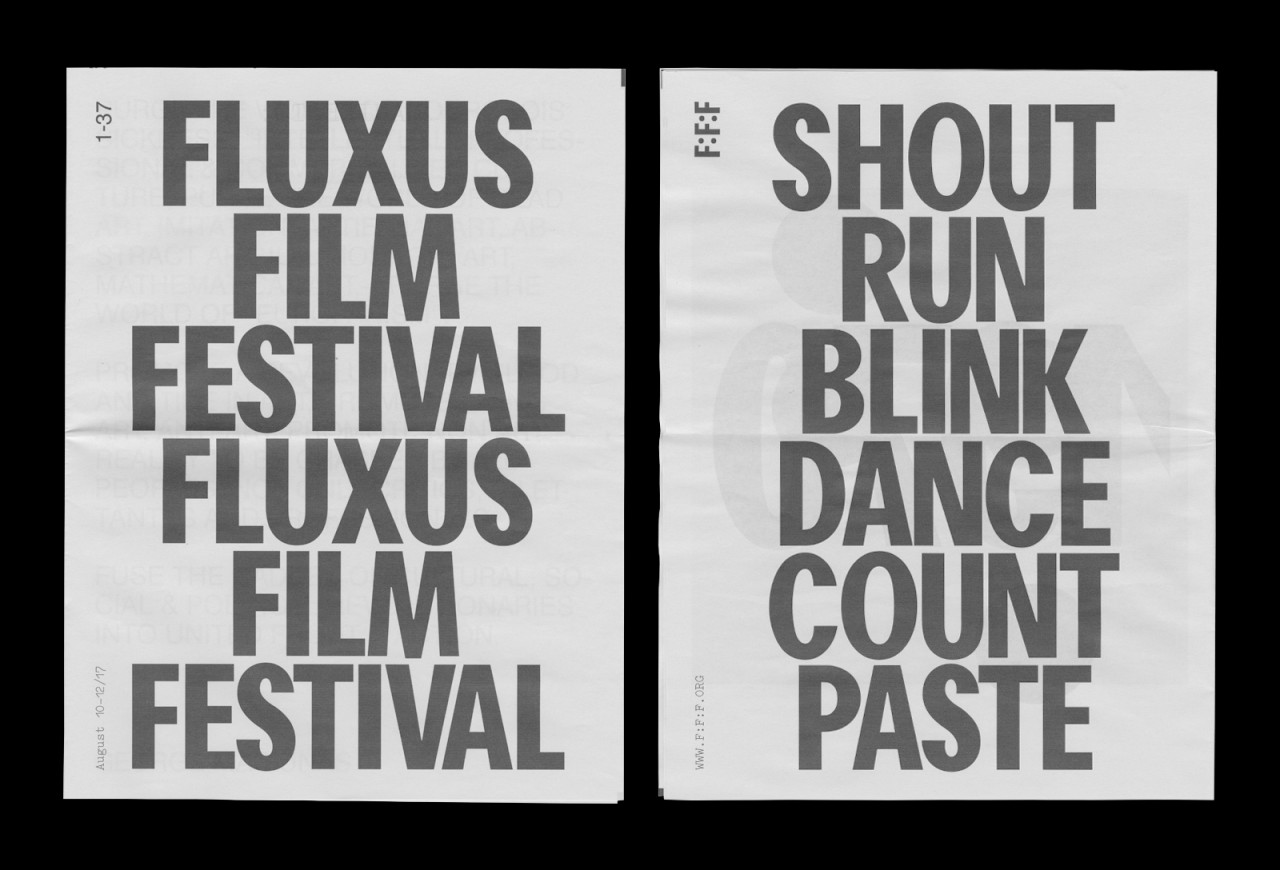 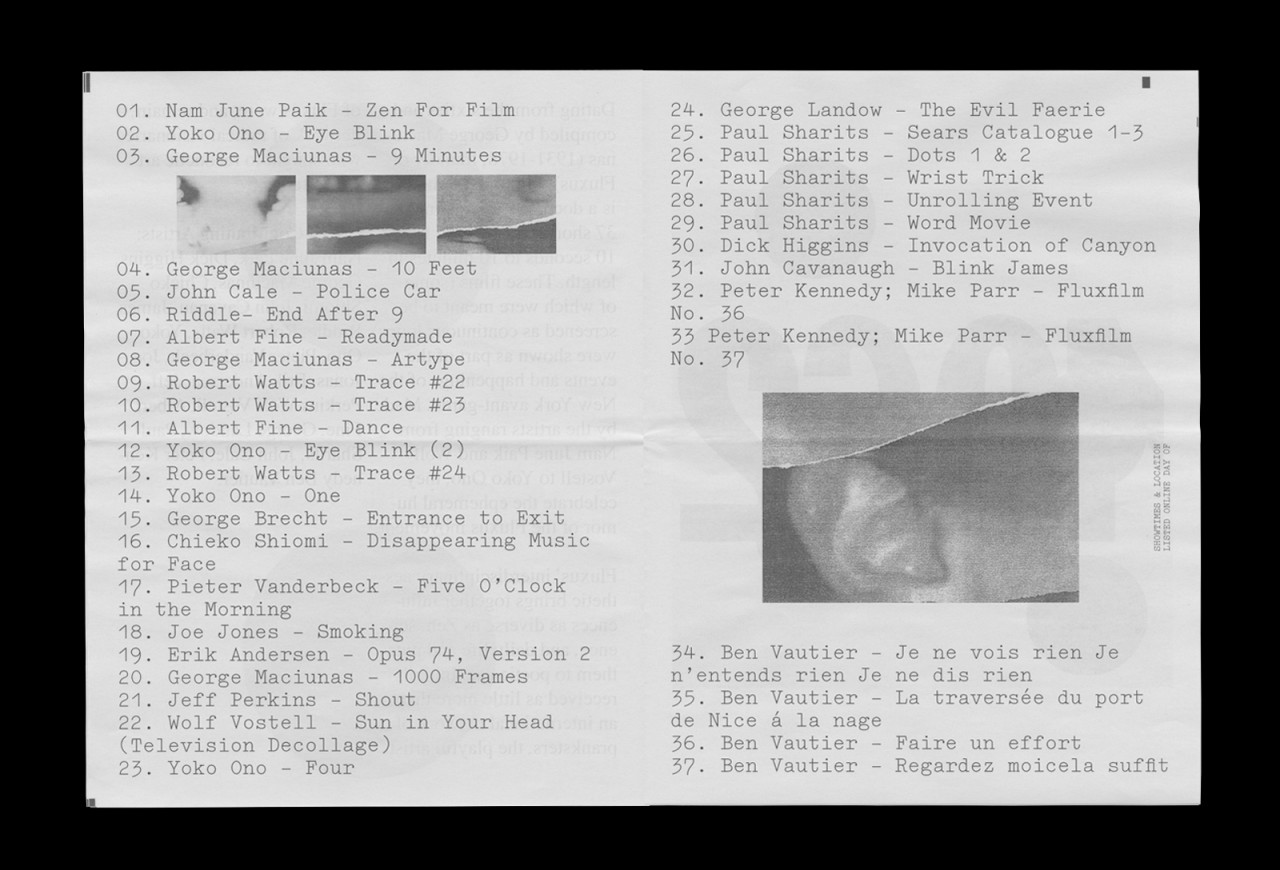 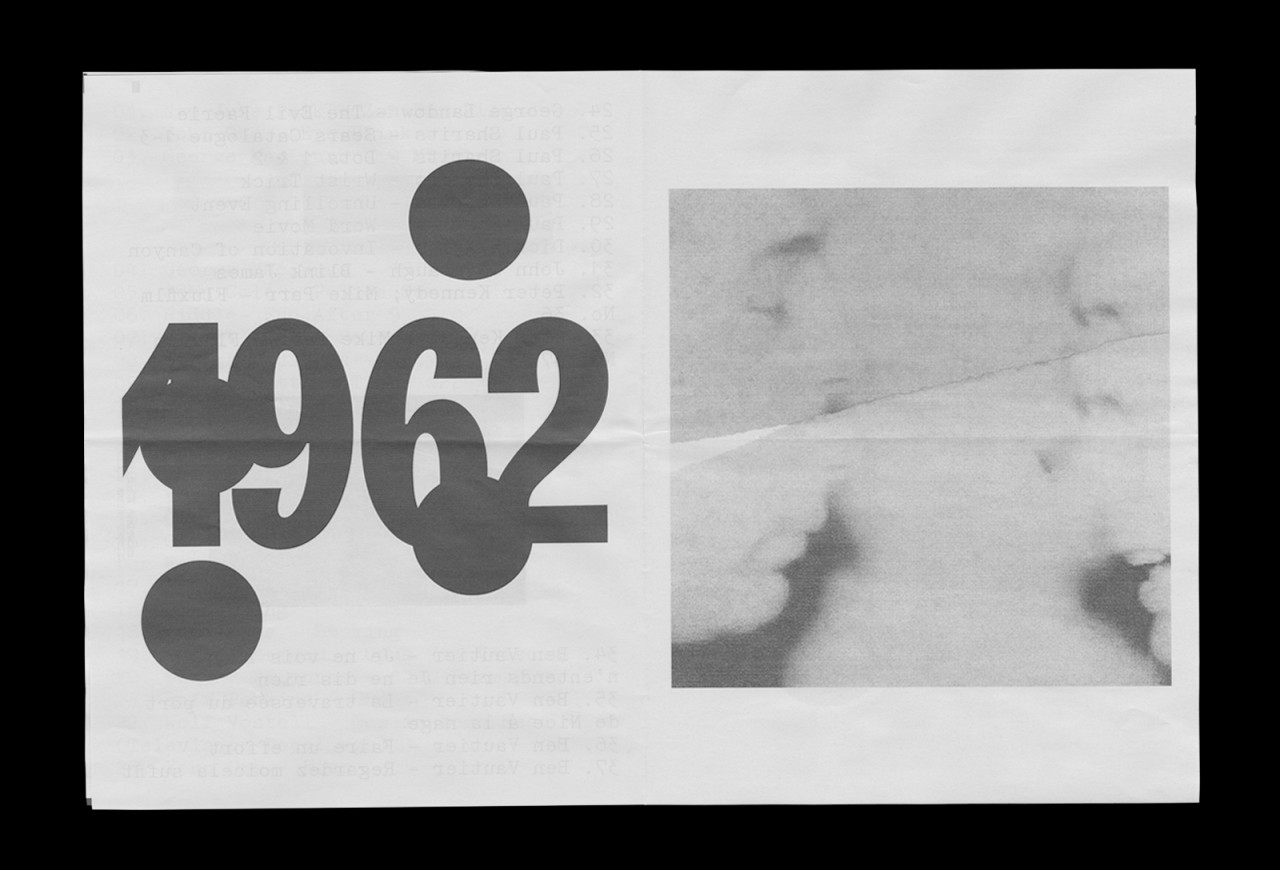 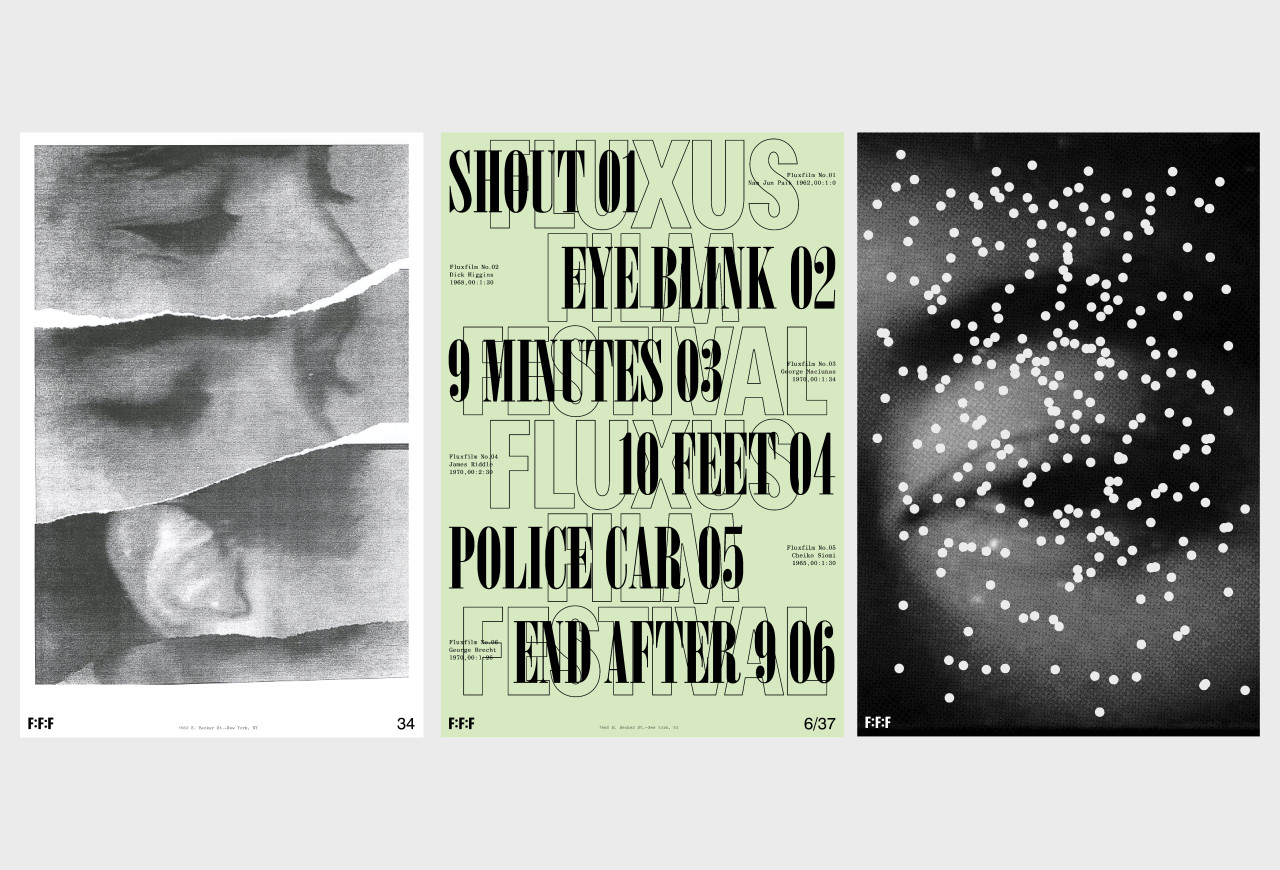 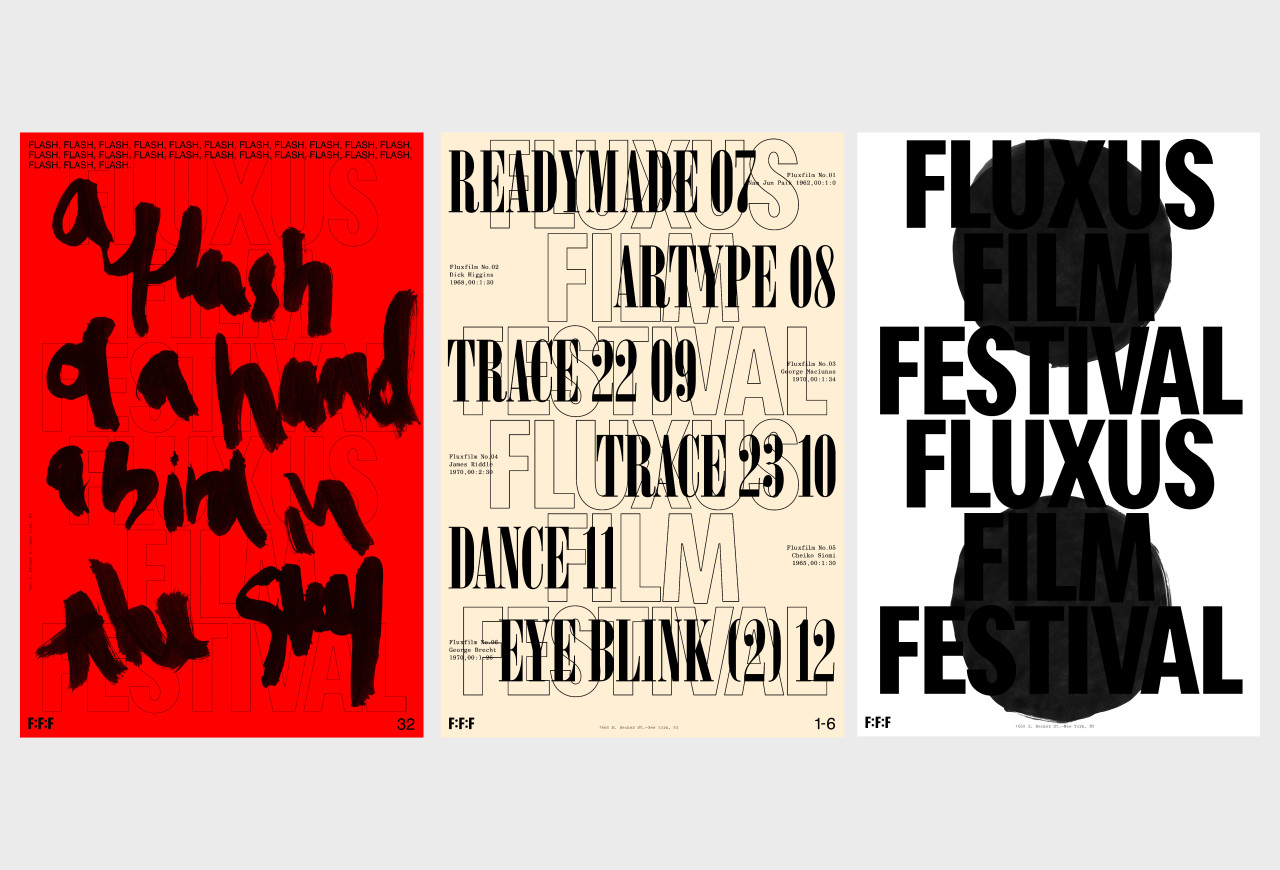 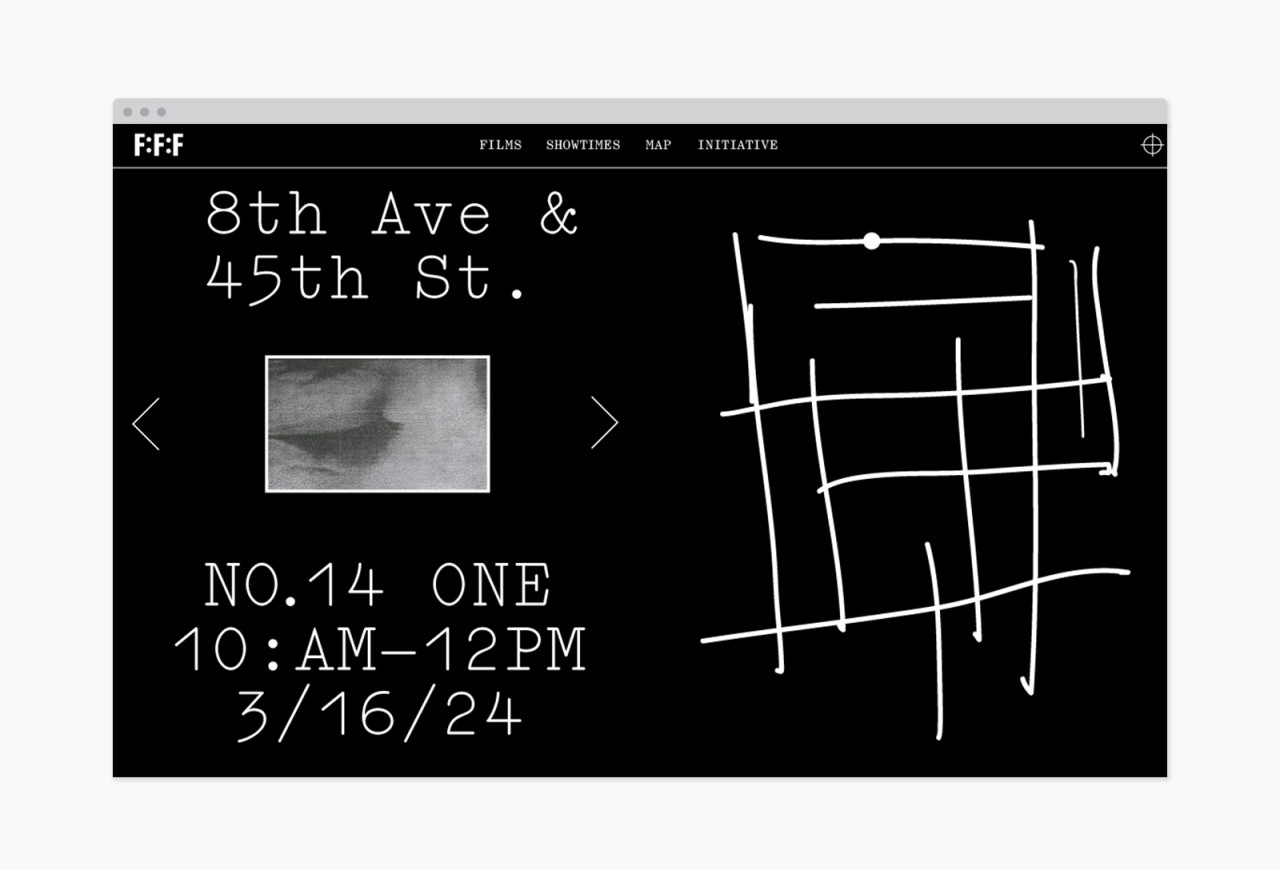