It’s premiere for Iberia. The company has donned its most festive attire to unveil its new image, with a even more prominent role for the colour red, and highlighting the values underpinning the new, more dynamic Iberia, focusing as never before on satisfying the customer, a company in which talent and drive are kin evidence everywhere you look.

Iberia’s new image both symbolises and contributes its own momentum to the transformation plan, which aims at reshaping the company into a strong, modern, competitive and trend-setting airline. The launch of the new logo and livery is timed to coincide with the first fruits of these efforts.

At today’s presentation Iberia CEO Luis Gallego noted that “it’s not just a matter of changing the company logo, but of bringing the new image to every corner of Iberia, so the change will be perceived in all our products and the service we provide to our customers.”

The planning of a new brand strategy calls for exhaustive research, and the design process involved interviews with nearly 9,000 people, both customers and employees. It was an interdisciplinary process, with the participation of several company departments, and advice from leading Spanish and international brand consultants Interbrand.

Taking its inspiration from Spanish culture and its influence in the world, the new image is intended to convey an expressive, life-affirming and up-to-date message, reflecting the profound changes underway at Iberia.

The red and yellow of the Spanish flag remain prominent, with a starring role for red as symbol of Spain’s vitality, expressiveness, and art, and of the Spanish character. The design of the company’s IB code letters denotes agility, liveliness, and comfort. The new designs will appear progressively over the next few months on all Iberia graphic materials and supports at all points of contact with customers and staff.

New Airbus A330 is first to sport new Iberia image

In mid-November Iberia will operate its fifth Airbus A330, which will be the first with the new livery in place. It is also equipped with the all-new business and tourist class cabin interiors and furnishings, another important manifestation of the airline’s transformation process.

The new interiors are also being installed on Iberia’s fleet of Airbus A340-600, and the new logo and corporate image will be visible on all decorative elements, including the upholstery, seats, lighting, menus, toilet kit, etc.

The entry into service of the first A330 with the new livery in mid-November will be marked by a ceremony at one of its Madrid-Barajas hangars in which authorities, customers, and the press will be invited to inspect the new aircraft exterior and interior.

Iberia’s aircraft will be progressively imprinted with the new company logo and livery, and the logo and colour scheme will also gradually appear at the airports where Iberia operates – mainly at the airline’s T4 hub in Madrid -, on staff uniforms, on Iberia buildings and offices, etc.

The new image will also be on display wherever Iberia staff and customers meet, at check-in counters, in VIP lounges, call centres, customer service points. In training sessions Iberia’s new values and philosophy are being explained to all employees, who are crucial actors in the implementation of the changes.

The new image can already be seen on the new www.iberia.com. The new site was launched three months ago, streamlined for easier and faster interactions with customers. Other new initiatives taken under the transformation plan include the MyBagTag service to speed luggage check-in, and airport Quick Service Points. 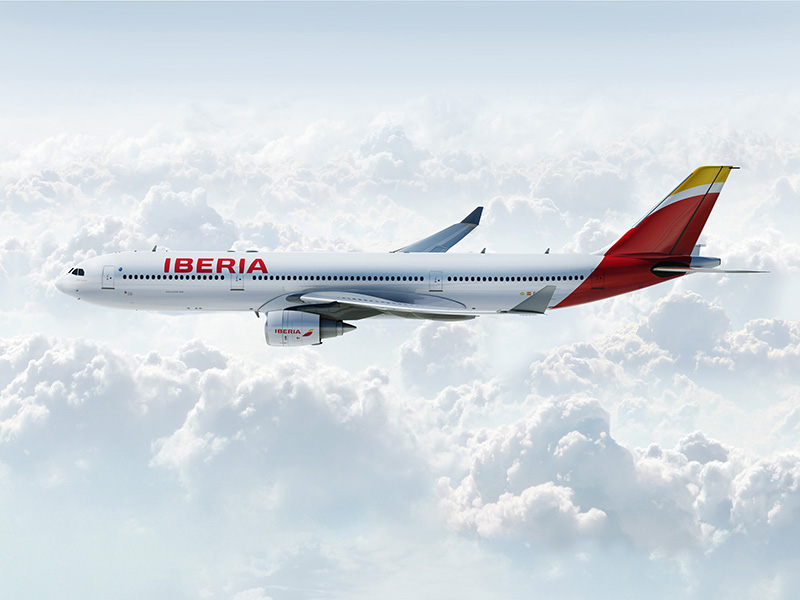 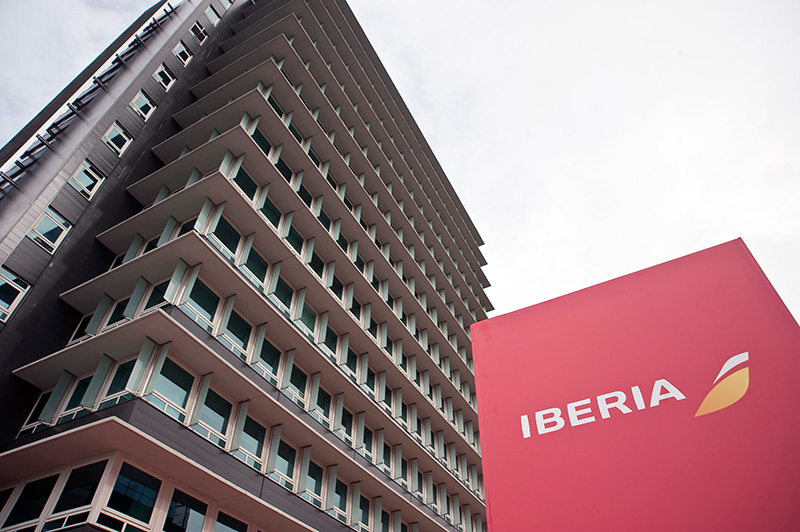