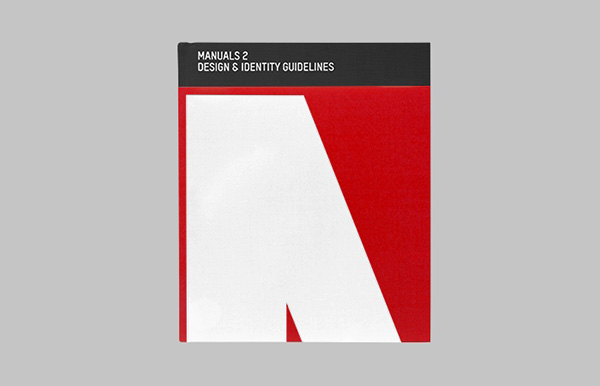 After the success of Manuals 1 [Unit 15] there was never any doubt that Manuals 2 [Unit 18] would follow. In this book, Unit Editions presents another thorough compendium of graphic standards and corporate identity manuals.

Manuals 2 features a mix of 20 outstanding American and European design manuals. Each is photographed in exquisite detail and accompanied by meticulous descriptions of their physical make-up.

The book comes with a substantial essay by design historian Roger Remington (Vignelli Distinguished Professor of Design) and an insightful text by Martha Fleming, daughter of Allan Fleming, designer of the Canadian Railways logo.

Also included are in-depth interviews with Michael Burke (UK/Germany), Sean Wolcott (USA), Liza Enebeis (NL) and John Bateson (UK) – all experts in the field of identity design. The foreword is by the legendary Lance Wyman, designer of the 1968 Mexico Olympic games.