Built in the 17th century and acquired by the Dutch State in 1820, the Mauritshuis is a fine example of Dutch Classicist architecture. Home of the Royal Picture Gallery since 1822, its opulent rooms are filled with Golden Age masterpieces including ‘The Goldfinch’ (1654) by Carel Fabritius, Rembrandt’s ‘The Anatomy Lesson of Dr Nicolaes Tulp’ (1632) and ‘Girl with a Pearl Earring’ (c.1665) by Vermeer. Following a two-year refurbishment, the Mauritshuis reopened in June 2014 with a new visual identity designed by Studio Dumbar.

Inspired by artists’ monograms, the new logo overlaps reproductions of key paintings to communicate a clear link between the Mauritshuis and its collection. Supported by a contemporary wordmark, the logo hints at the museum’s heritage while placing it in the 21st century. Golden Age paintings are known for their details: look closer and you’ll see more. We expressed this idea in the logo and a new photographic style: paintings are shown in context, through doorways. The core colour evokes royalty, the Golden Age and the house’s baroque interiors, while a brighter secondary palette echoes its famous damask wall coverings.

We applied the identity to a range of collateral including entrance tickets, invitations, ground plans, trams and flyers, as well as a new and comprehensive collection catalogue. We also created a new identity for The Friends of the Mauritshuis – a foundation that supports the museum with funding for new acquisitions and exhibitions. 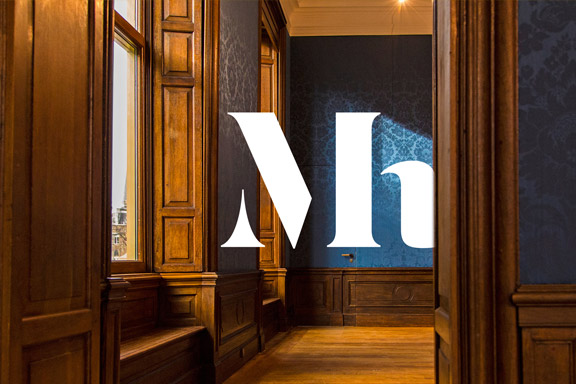 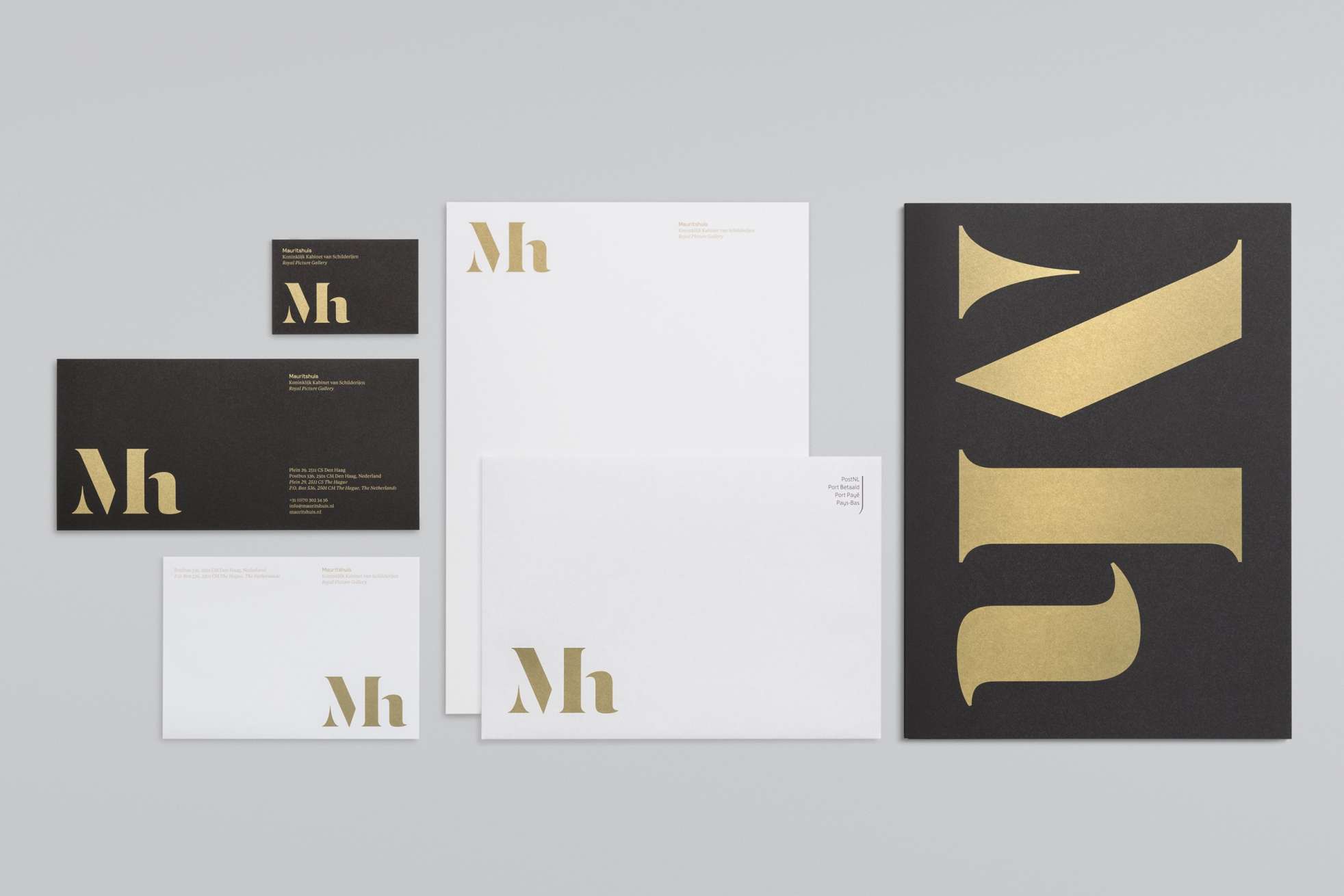 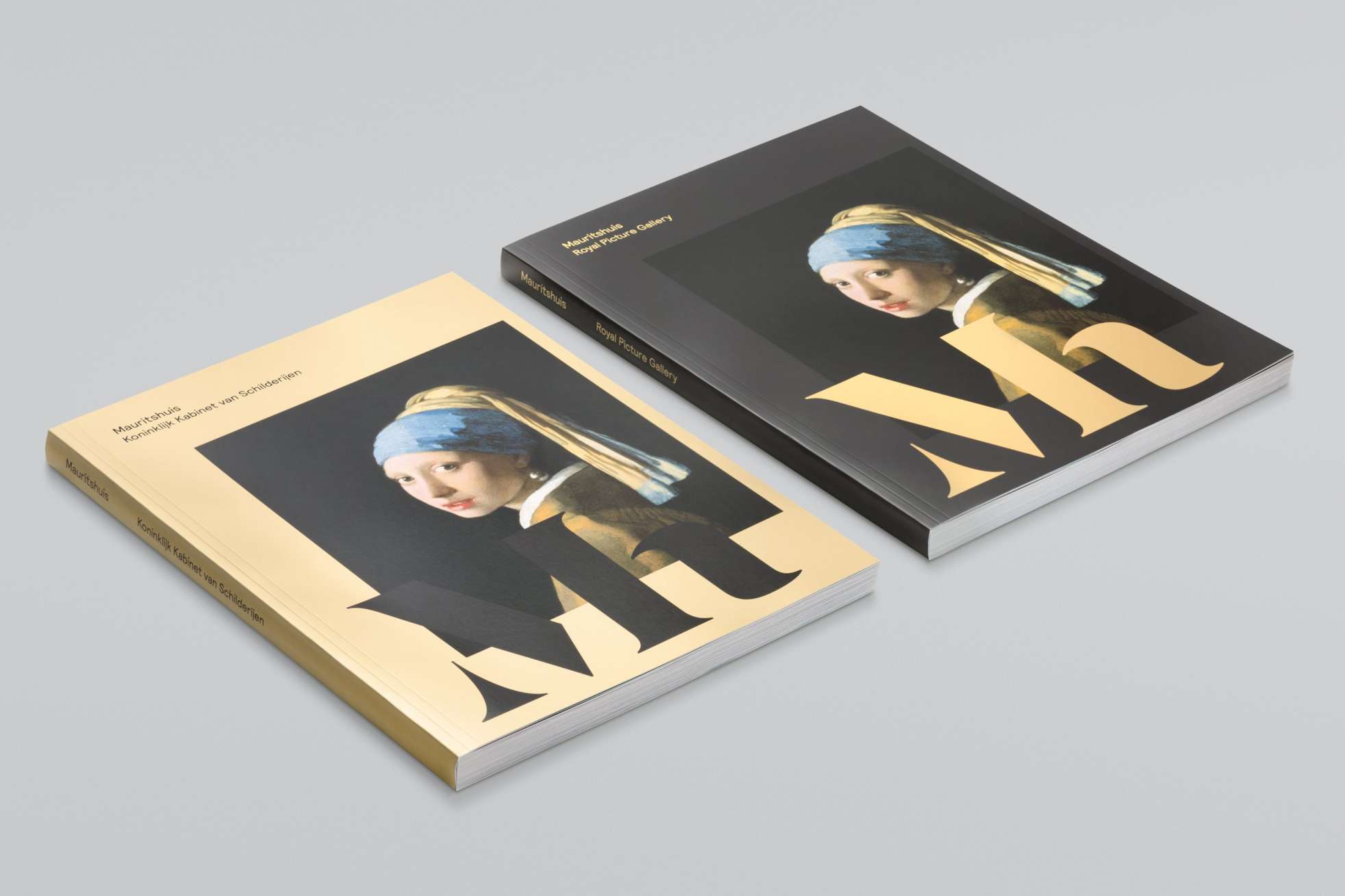 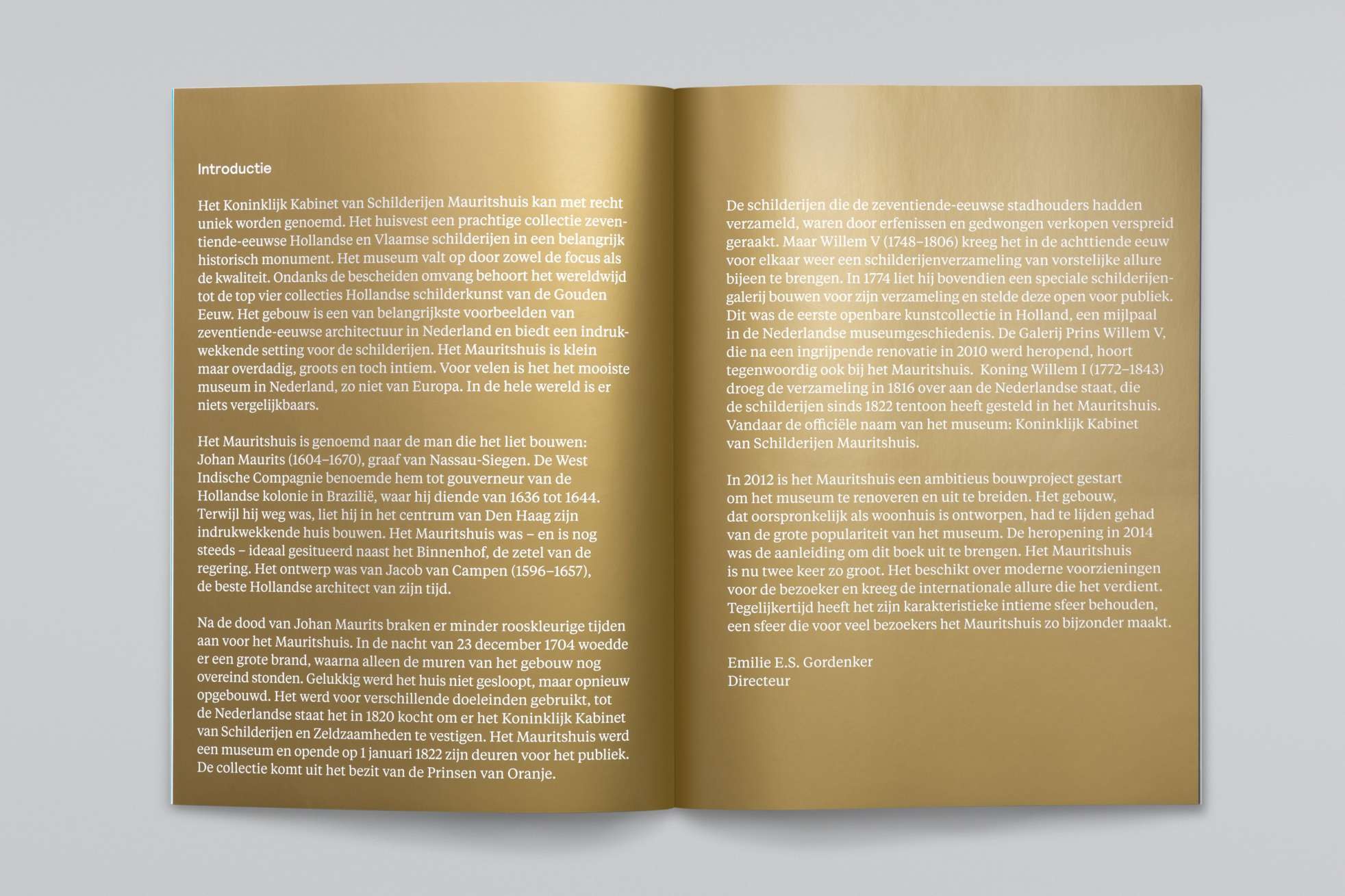 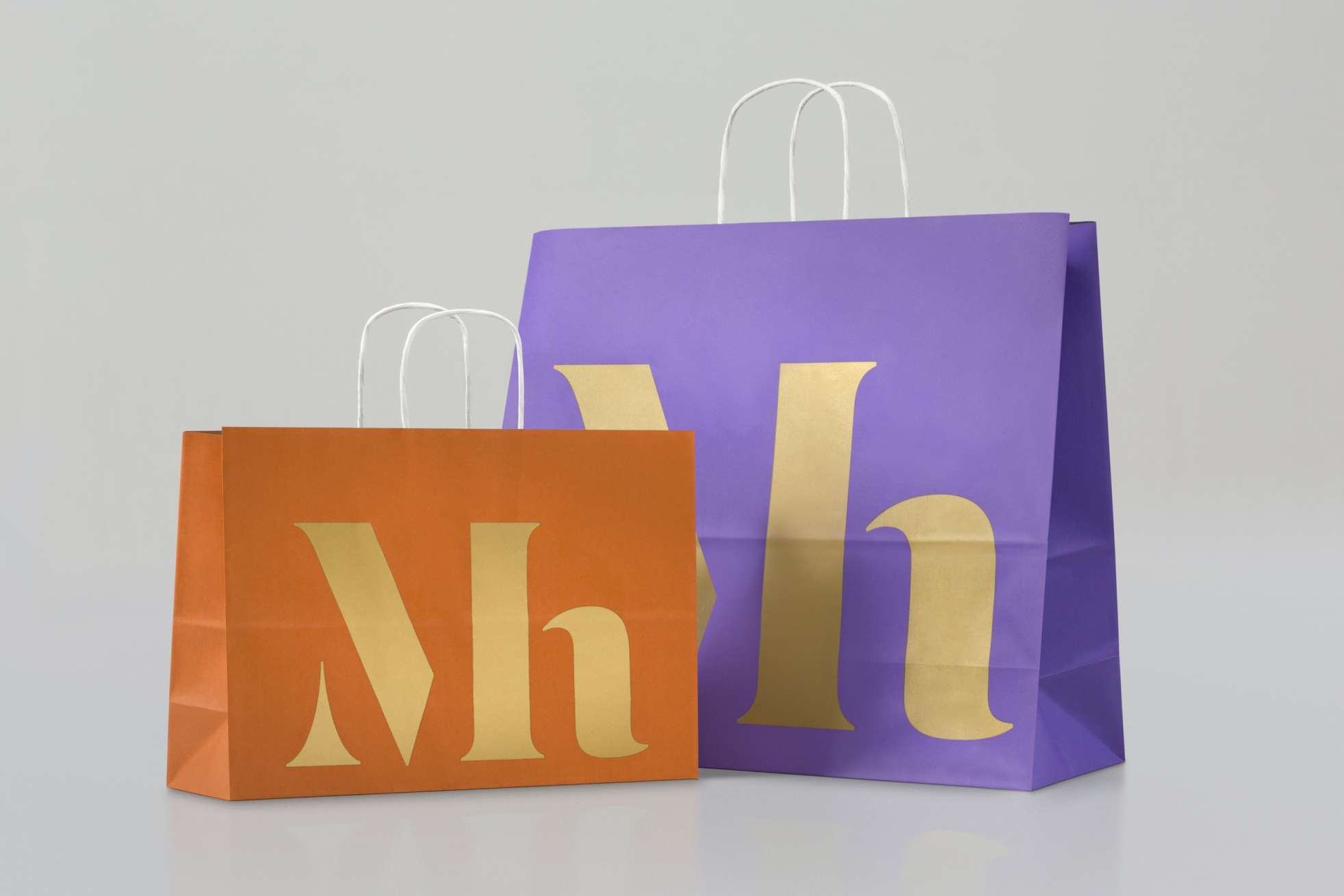 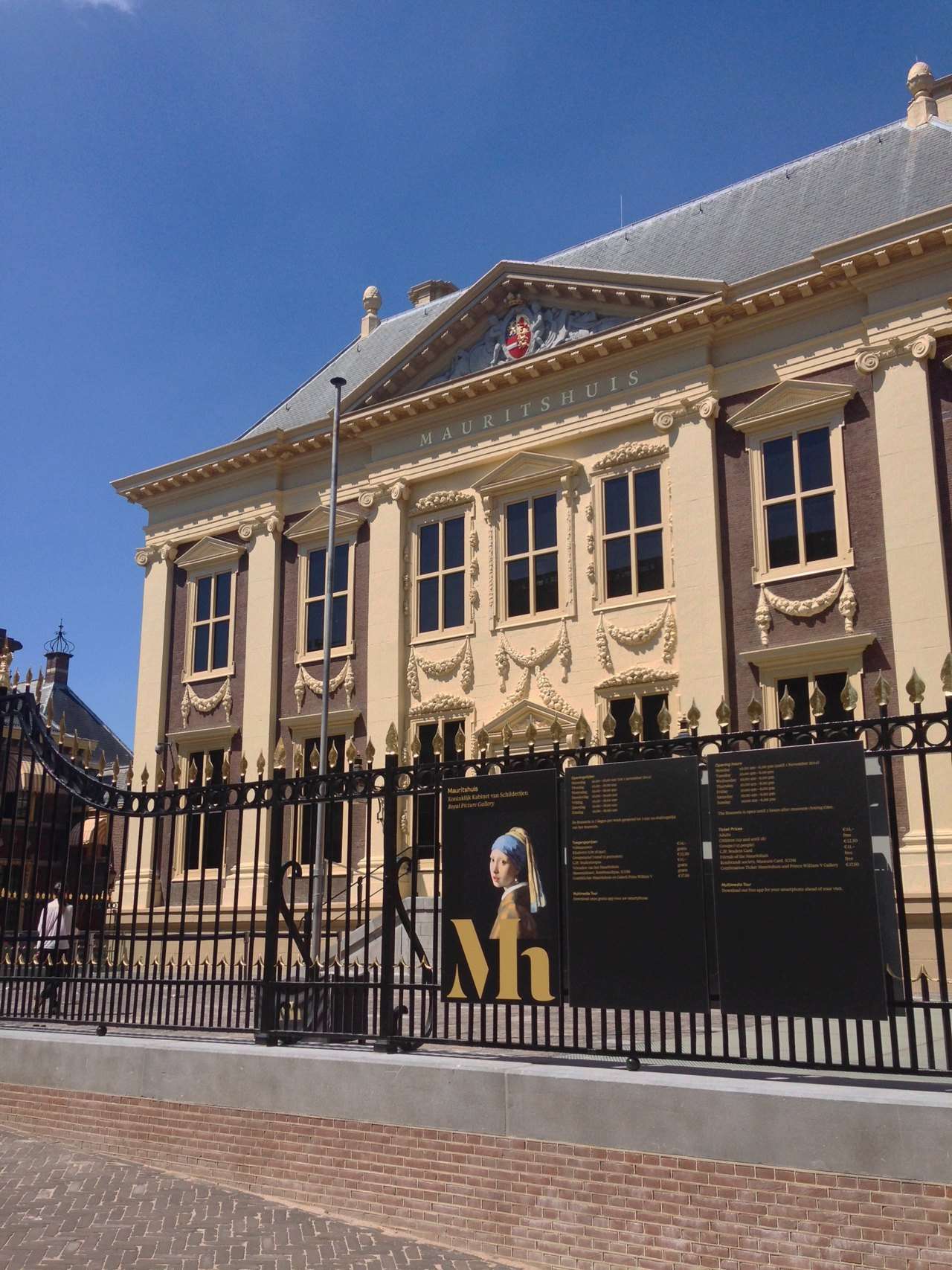