The brief for the identity was to create a mark that could be used as D&AD celebrates “50 years of looking forward,” the sentiment that will underpin the anniversary year. The identity – named Forward 50 – has been designed in such a way that it functions as a “modular” addition to the existing D&AD identity, appearing as D&AD/50 across all the materials produced during the half-centenary year.

The design is set in Futura, which Brody chose as a “timeless and yet similtaneously contemporary” font. Neville Brody comments: “When it came to the creation of the identity, we wanted to create something that could be used alongside all the other materials and compliment everything that D&AD does this year.

We liked the way that it comes off the page and can be used in any piece of text, as well as in web addresses – conveying the message that everything this year has special significance, without labouring the point.” The first outing for the new identity will be as part of a campaign to mark the fiftieth D&AD Awards call for entries. D&AD has been collaborating with Work Club on an integrated print, direct and digital campaign that promises to “take a journey through time, design, space and advertising”. The campaign will play out on Twitter and the advertising and design community can find out more – and contribute to the activity – by searching and using #fwd50.

Tim Lindsay, CEO of D&AD comments: “We have awarded work that breaks the mould, has far-reaching influence on the future of design and advertising and can point to a legacy of setting standards for the future. Hence, in our 50th year – and with this mark – we want to clearly state our commitment to nurture, support and champion brilliant design and advertising by future generations of creative people – this is about the fifty years that are to come, as well as the fifty that we are marking.” For information on how to enter this year’s D&AD Awards, visit www.dandad.org/50fwd.

Work entered must have been commercially released between January 2011 and December 2011 and been produced in genuine response to a client brief. 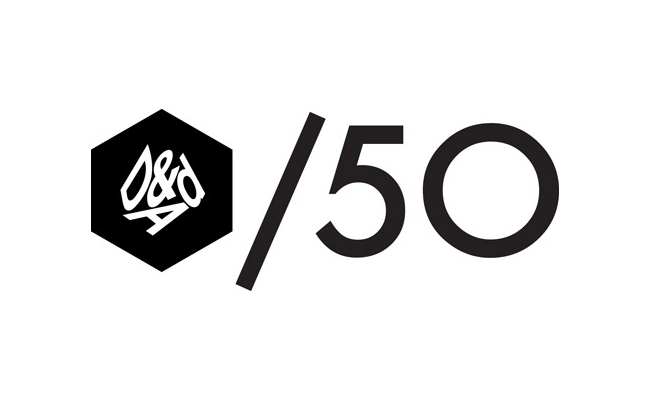