HH Sheikh Mohammed Bin Rashid Al Maktoum, Vice President and Prime Minister of UAE, unveiled in his capacity as Ruler of Dubai new visual identities and brands for Dubai Airports and associate entities on the opening day yesterday at the 10th Dubai Airshow 2007.

Commenting on the launch of the new brand images, Sheikh Mohammed laid emphasis on the importance of the aviation and logistics sectors in the economic development of the UAE in general, and Dubai in particular. "As important components of a nation's infrastructure, not only are aviation and logistics the backbone of the modern economy, they also represent rapidly growing economic sectors themselves."

He continued: "Where the creation of Dubai Airports indicates the global nature of our aspirations, the corporate identity unveiled today reflects our drive to be at the frontline of global aviation and logistics as well as our vision to be the world's aviation hub in the years to come."

"The new brand identities signify the start of another ambitious journey, that which aims to transform Dubai yet again, from the aviation centre of the Middle East, to the world's aviation hub. On a different level, this journey has already begun in the form of projects in aviation and aerospace sectors, phased investments in which will reach US$82 billion over the next decade," said Sheikh Ahmed Bin Saeed Al Maktoum, President, Dubai Civil Aviation Authority (DCAA), and Chairman of Dubai Airports.

Part of this investment, an estimated US$10 billion, has been earmarked for what will eventually be the world's largest airport, the Al Maktoum International at Dubai World Central (DWC). Infrastructure costs of the airport city project of DWC, which covers 140 square kilometres is estimated to be US$33 billion, while the Dubai International expansion project, which will substantially increase Dubai International's capacity to 75 million passengers per annum from the existing 25 million PPA, is being built at a cost of US$4.5 billion.

Paul Griffiths, CEO of Dubai Airports, said: "The new identities reflect the growing importance of Dubai as a world destination, while reflecting the unique heritage of the culture in the region. The identity represents the city of Dubai as a star that acts as the central element in the design, while the star symbolises Dubai's status as the primary aviation hub of the region. The identity for Dubai Airports was carefully crafted to promote synergy within the family of identities and be strongly reflective of the two airports' identities."

The formation of Dubai Airports is in line with the greater vision of Dubai. "The move to streamline an organisation that has achieved much over the years is indicative of our firm belief in the importance of changing with the times to rise up to meet new challenges; an idea that is at the core of Dubai?s vision and philosophy," Griffiths said.

The reformed structure is designed to help to separate the roles of each unit, ensure a clear customer focus and simplified internal interfaces. Furthermore, it will evolve and encourage effective leadership, facilitate decision-making, promote transparency and enhance efficiency and accountability. Dubai's tremendous growth directly influences the scope of its aviation sector, and has, over the recent years, radically changed the role of the organisation. The restructuring will help the company to perform to its full potential as a commercial entity and meet the growing competitive challenges of the aviation business. 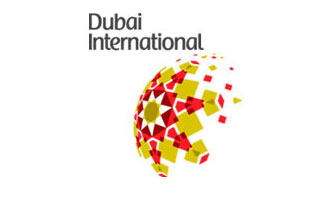