Well, drama culture changed massively when Berthold Brecht shook up the theatre world with his approach– the epic theatre where he wanted to move away from the individual tragedy on stage to a more global approach. The theatre in his definition was supposed to represent society, the bigger scale, the bigger picture. His plays were and are about conflict, war, revolution and economy. Through this, lifting these matters on to the stage, he believed and wanted to change the perception of society and provoke the audience to change the world for the better.

Bert Brecht and his ensemble were playing at the Theater am Schiffbauerdamm from November 1954 on and it got branded as Berliner Ensemble during that time to the date.

Now Oliver Reese, whom we’ve been working with as director of the Schauspiel Frankfurt for 8 years, is the new director of this prestigious theatre looking back at a history of 125 years of drama.

The new corporate is based around signaling that something NEW, something BIG is coming. And this is a permanent condition Oliver wanted to be installed. Even though his idea is always based around the actors and their art, asking for the fine line and distinction, the form communication, he insisted, needed to point out THE NEW in the stage plays and therefor we had to transfer this into the design language. So, a theatre with a history of 125 years should have one foot in his own history and one about to step into the future — we are bridging a gap with the design …. the high contrated, a black backdrop with white and bright yellow, lets the letters and words almost float and dance in midair. Using the font Bureau Grotesk 37, based on the Stephenson Blake Grotesque fonts created around the end of the nineteenth century. This font embodies changes from painting typefaces with a brush to constructing them with geometric forms. This melting of forms and production technique led us choose this typeface. The perfect match when thinking about Brecht’s change on stage and Reese’s approach …. allllways driving at a very high speed, reaching for the new, making a point, watching the rear mirror from the corner of the eye. 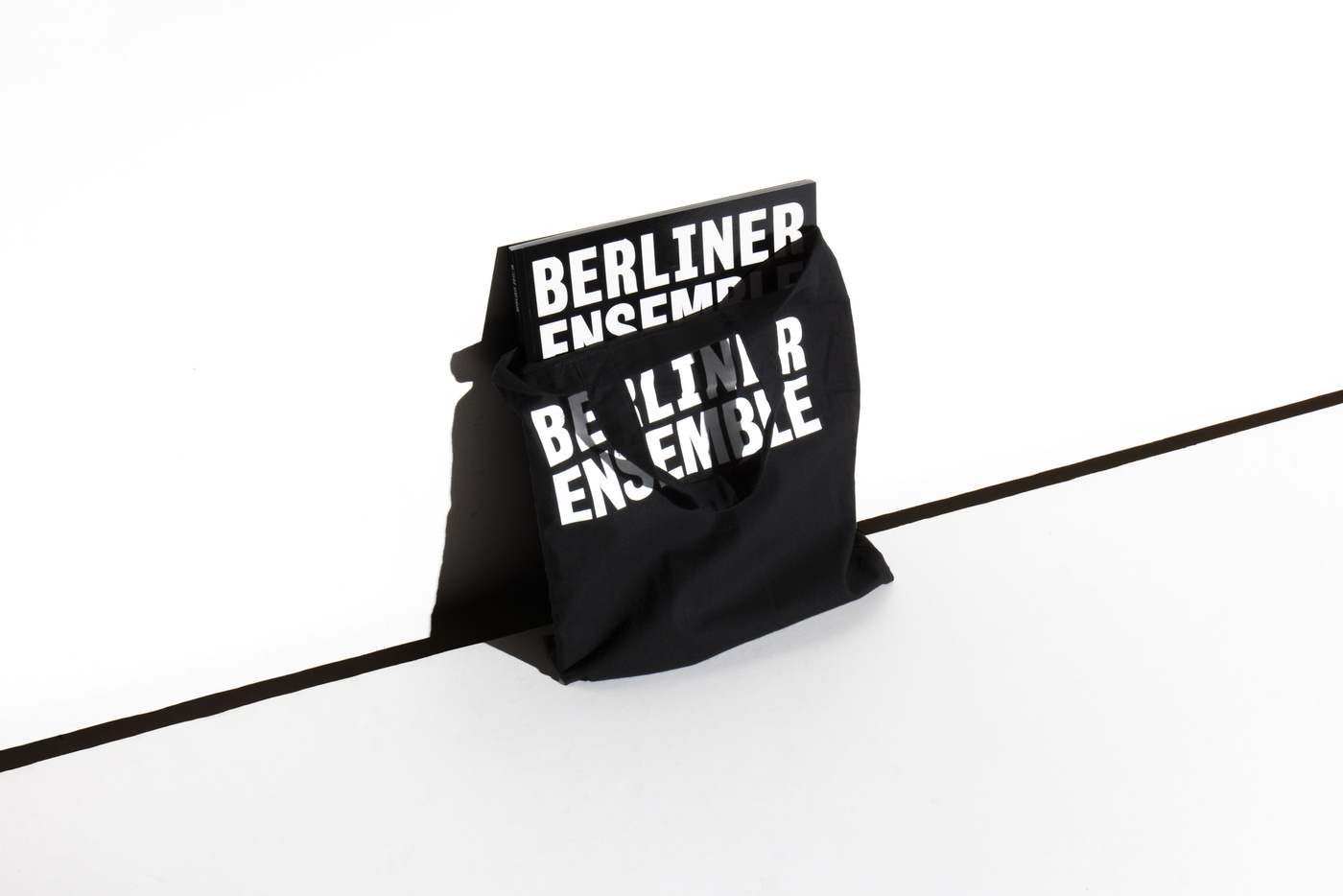 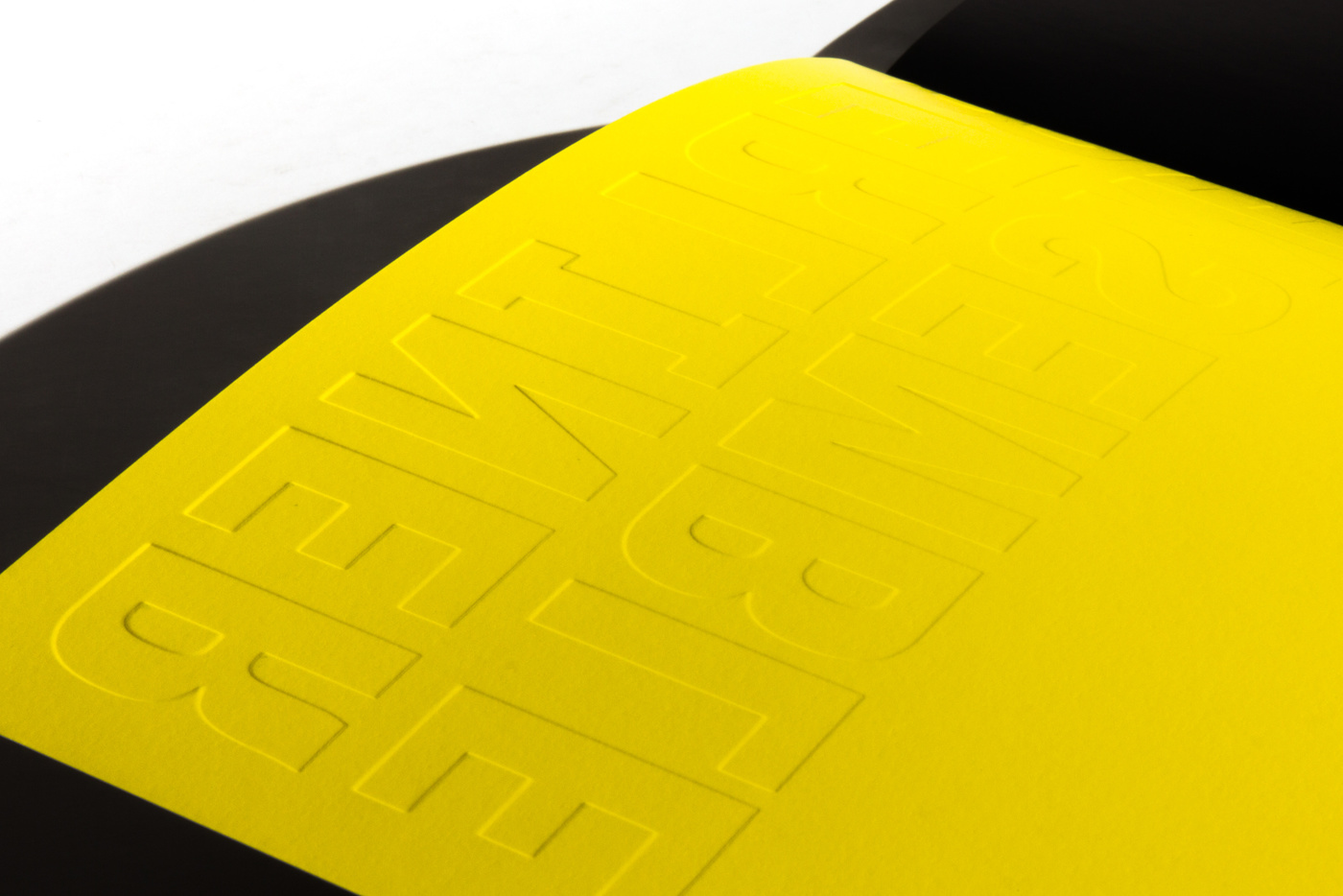 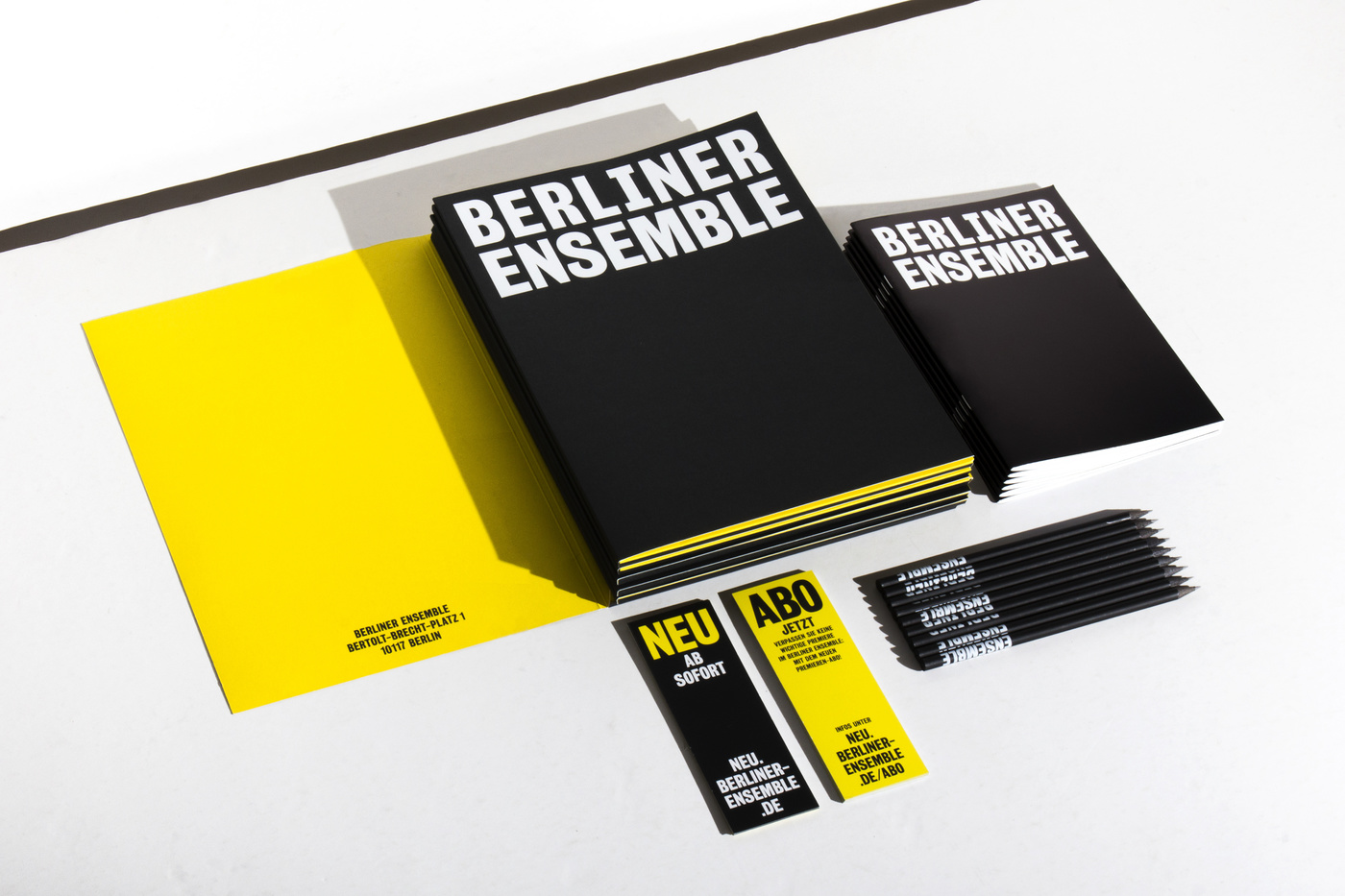 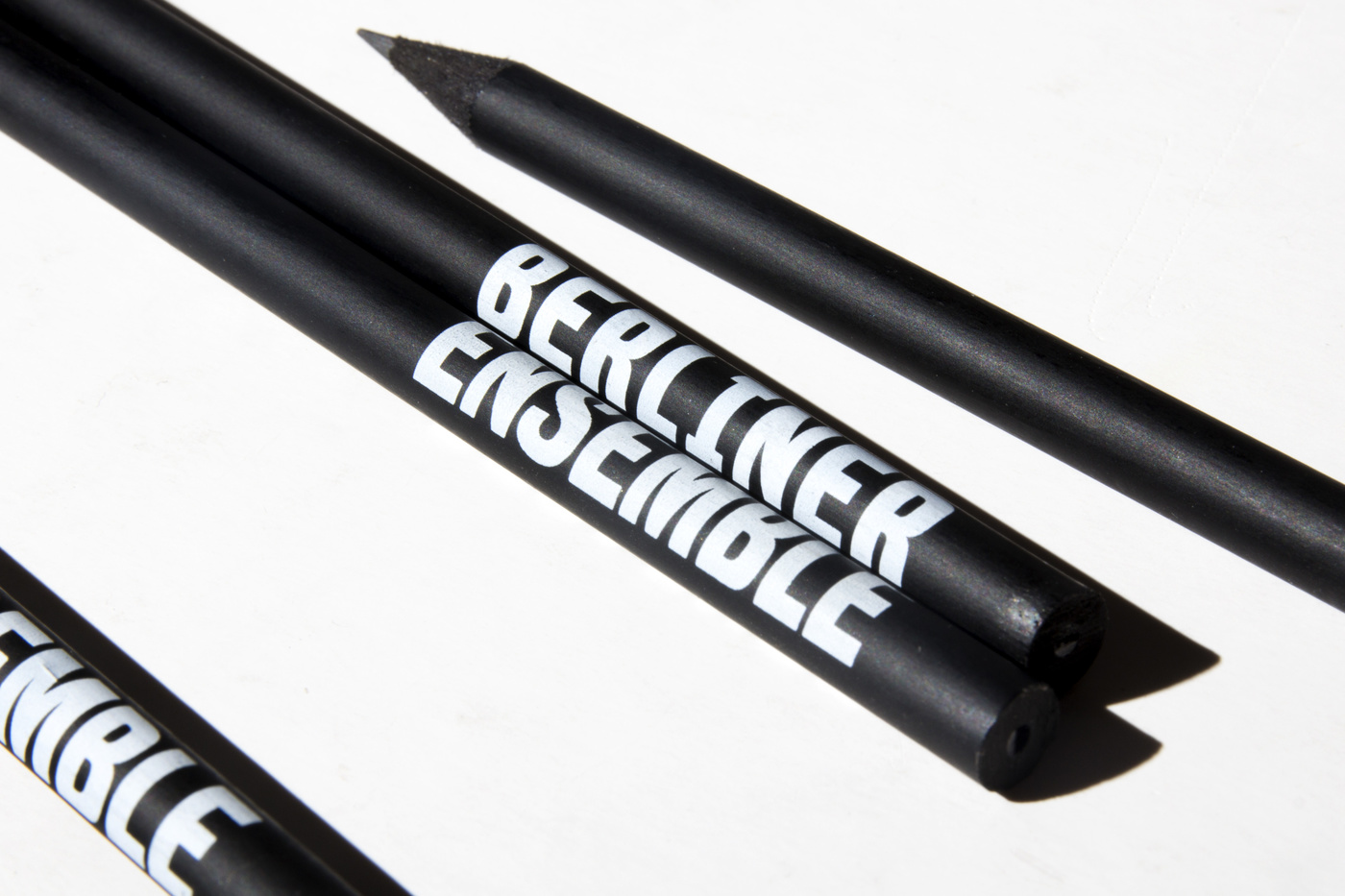 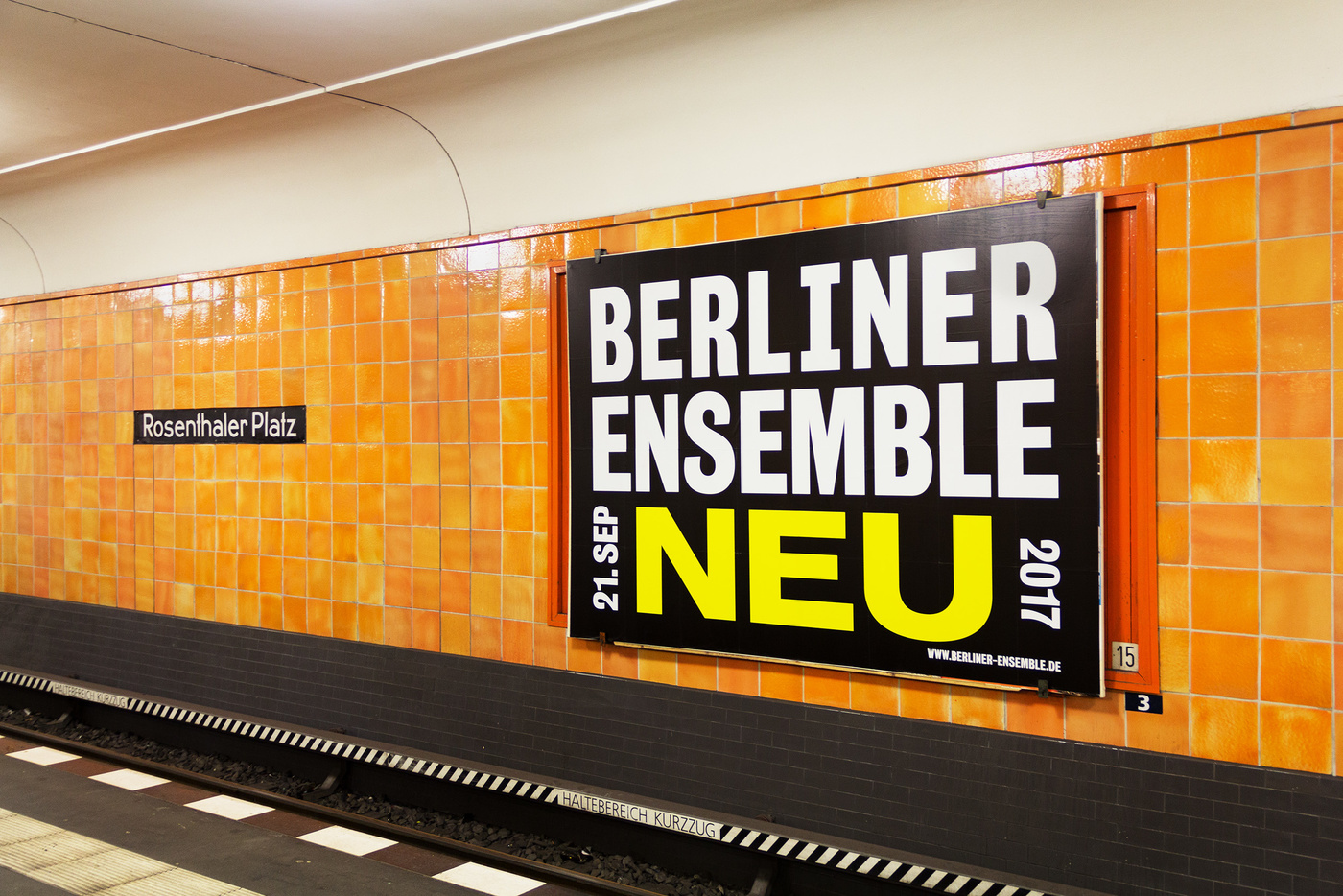 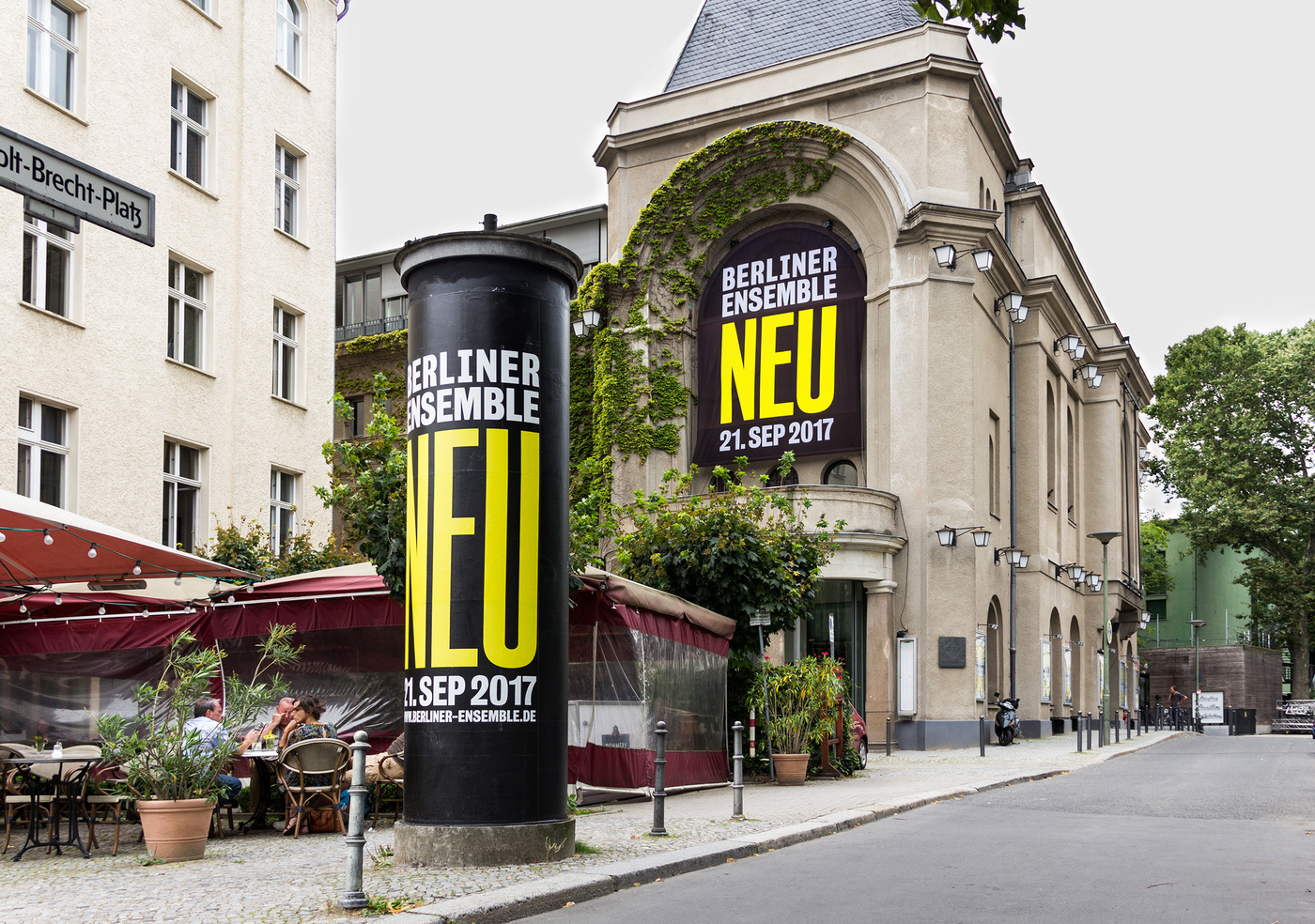 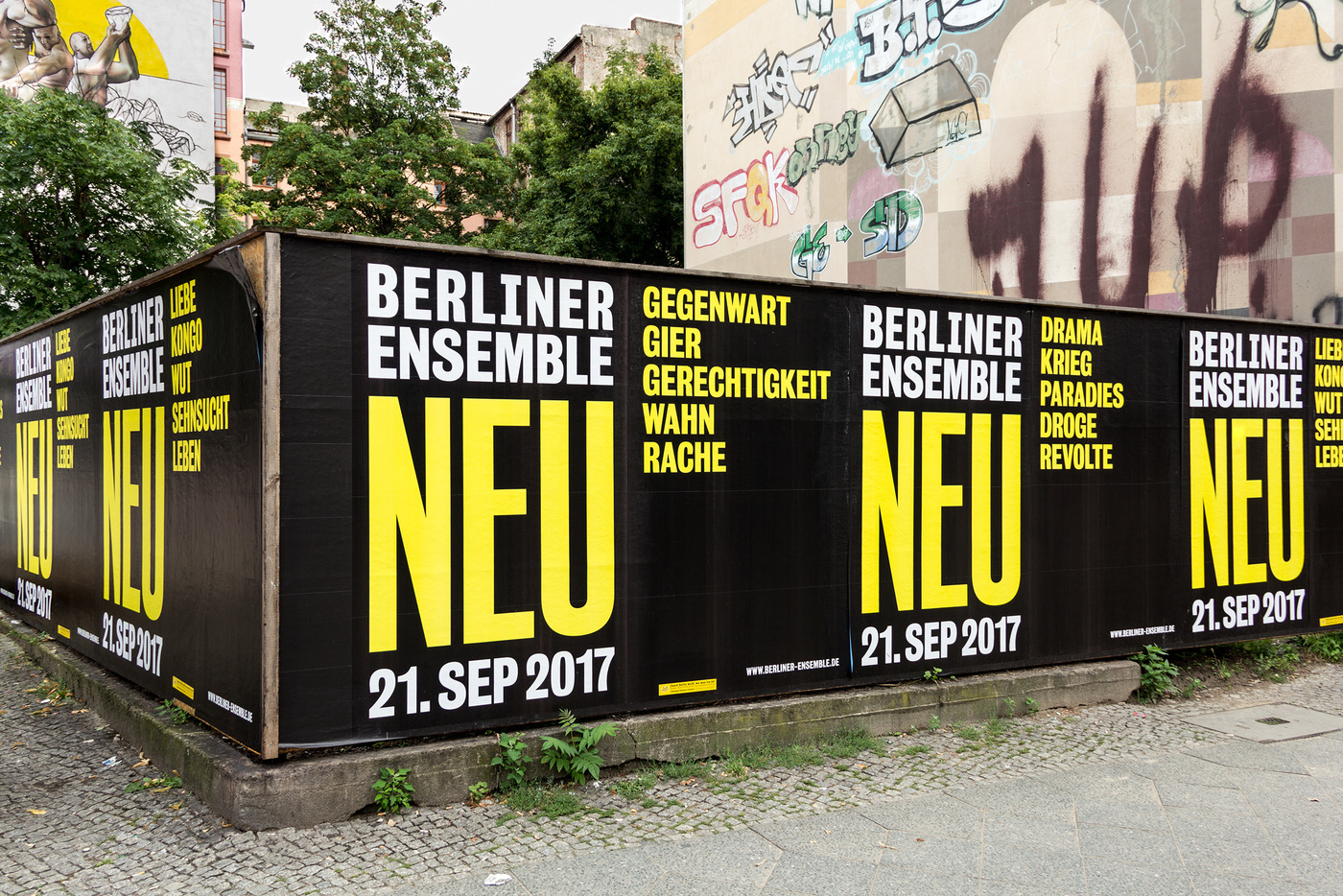