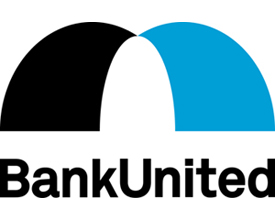 Pentagram’s work for BankUnited presents a new kind of case study: a financial brand wholly reborn after the recent economic crisis. Luke Hayman and Paula Scher have created a new identity for BankUnited that positions the consumer and commercial bank for continued success and future growth.

Founded in 1984, BankUnited was the biggest bank in Florida—and one of the largest banks to collapse in the financial crisis of 2007-2010. Focused on residential real estate, the bank succumbed to the risky adjustable-rate mortgages that contributed to the failure of over 300 banks in the crisis. In 2009 the FDIC sold the failed bank to a group of investors, and the new BankUnited was reborn as a startup.

The recapitalized BankUnited has since become one of the most profitable and well-capitalized financial institutions in the U.S. The company has been restructured from the top down and its employees consolidated in a new headquarters in Miami Lakes. The rebirth was capped on January 28 with a highly successful IPO, the first brought by a bank resurrected from the financial crisis. BankUnited now has more than 80 branches in 13 Florida counties, with plans to open 7 new locations and eventually expand beyond the current footprint.