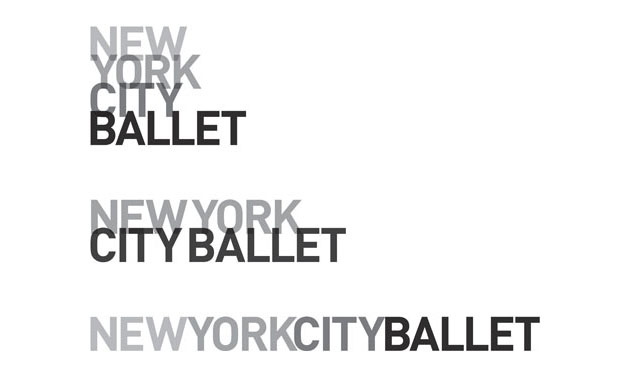 Paula Scher has designed a new identity and promotional campaign for the New York City Ballet, one of the largest and most prominent dance companies in the world. The campaign, developed with Pentagram’s Lisa Kitschenberg and Luis Bravo of the NYCB, launches this week with the opening of the company’s winter season.

Founded in 1933 by Lincoln Kirstein and choreographer George Balanchine, the New York City Ballet’s approximately 100 dancers perform a repertoire of over 150 works choreographed by Balanchine, Jerome Robbins and current Ballet Master Peter Martins. The performances, which take place at the New York State Theater at Lincoln Center, are neo-classical, but less traditional than other companies, as the company fulfills its original mission to re-imagine the principals of classical dance. The company is credited with bringing modern dance to the American public and as a result, has played a significant role in the history of twentieth century performing arts, a precedent that informs the company’s mission today as it continues to be an influential cultural force. (…)