New York City is known for its canyons of concrete, but the metropolitan area also encompasses over 5,300 acres of forests and 3,100 acres of wetlands and river systems. (Altogether, New York City’s natural parkland would fill Manhattan from the Battery to 125th Street in Harlem.) The Natural Areas Conservancy is an affiliate of the New York City Department of Parks and Recreation with the mission to protect, restore, and manage the expansive natural areas already within the city’s urban park system. Pentagram’s Paula Scher has created a new identity for the organization that brings the beauty of these spaces to the fore.

The identity utilizes photography to show exactly what the Natural Areas Conservancy is trying to preserve. The program uses photographs by Joel Meyerowitz that were originally commissioned by NYC Parks for the 2009 book Legacy: The Preservation of Wilderness in New York City Parks

. Scher suggested the images be used for the Natural Areas identity, and Meyerowitz gave access to the photos as a gift to the city.

Scher employed a similar strategy for the signage for New York City’s public beaches, introduced this past summer. The photographic approach also worked for the campaign to save the High Line, where the abandoned elevated railway’s wild beauty was first recognized through Joel Sternfeld’s iconic images. Joel Meyerowitz’s photographs for the Natural Areas identity range from familiar locations like Central Park and Pelham Bay Park to more remote views of the Bronx River and Fresh Kills Park. The images gain impact when seen in repetition as a series, and places and photographs can be changed out in various applications like print pieces and the organization’s website.

The photography is paired with a logo that is a frame, symbolic of the idea of conservation of certain areas. (The lines of the frame are broken, because nature cannot really be contained.) The logo is placed over the photographs, which appear full-bleed to suggest the vastness of the natural areas in the park system. The identity is set in the font Bau. 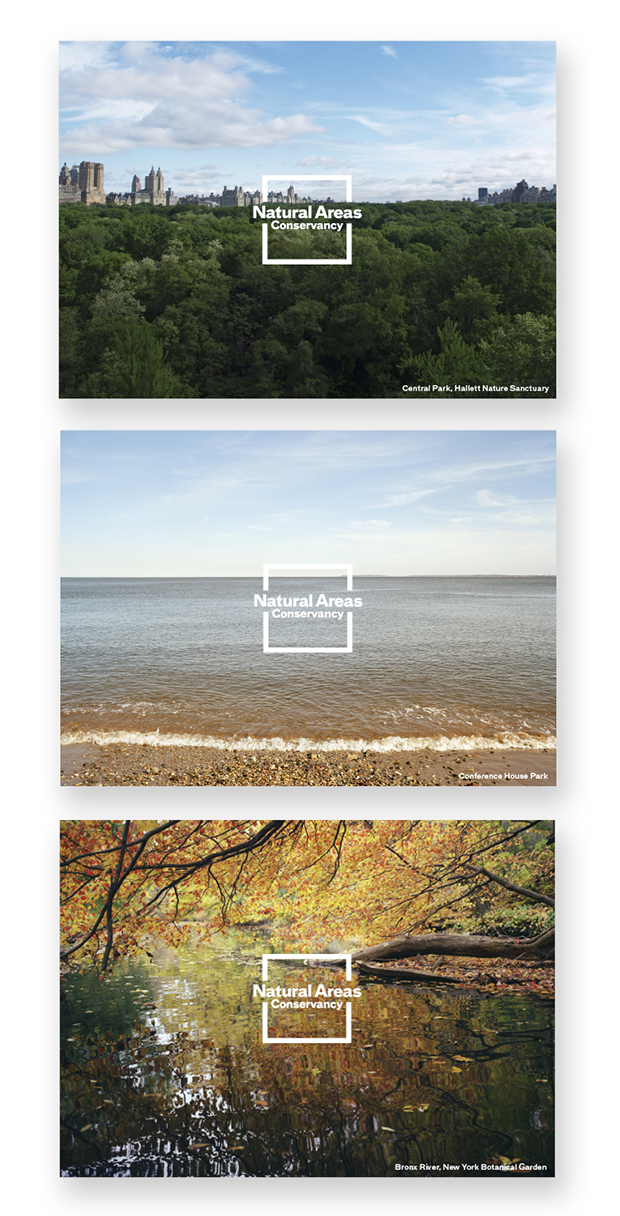 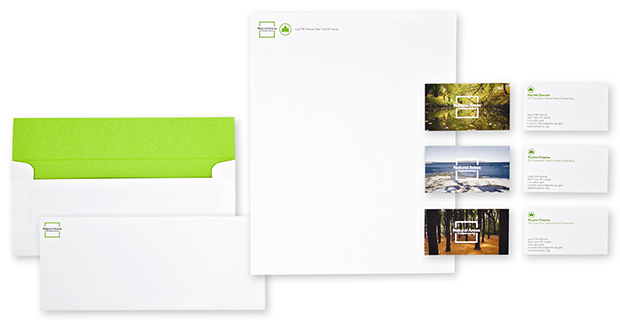 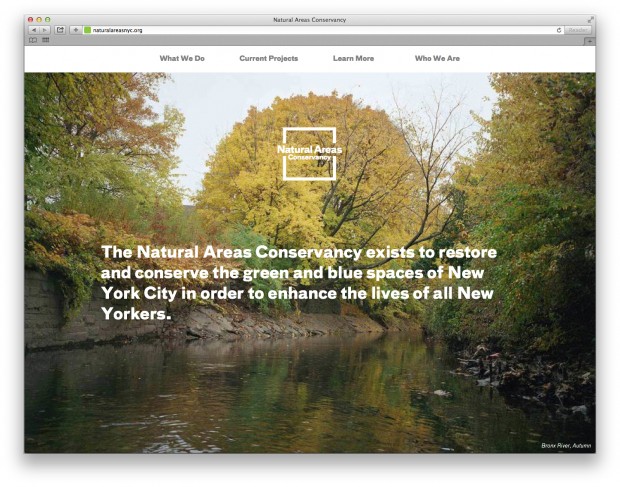 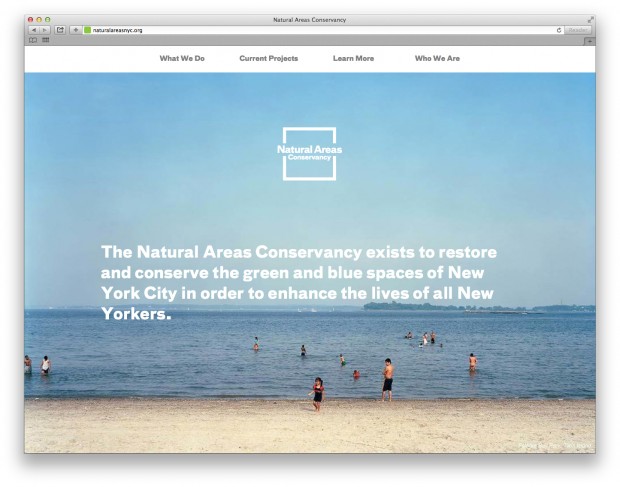