New identity for the city of Porto.

The challenge presented was very clear. The city needed a visual system, a visual identity that could organize and simplify communication with the citizens, and could at the same time define a clear hierarchy, bringing together the city and the city hall. We needed to represent Porto, a global city, the city for everyone.
That city could never be an empty entity, or a mere geographic location, restrained by physical boundaries. It is filled with life, with character, with icons and symbols, with habits and ways of living, with landmarks, landscapes and a very particular horizon. It could not be summed up in a few buildings. It is alive, and its identity shouldn’t be fixed or closed. It needed to breathe and grow every day.
Ancient, Very Noble, Always Loyal, Undefeated City of Porto.
Porto has always been a very passionate city. It has a scale that allows for a relationship of proximity. Here we feel cozy, we feel at home. We develop a feeling a ownership with every landmark, with every street. The city is ours. And with each step we recognize its accent and its attitude.
This idea of ownership felt very important for us. This unique home that each one of us finds in the city needed to be represent. Everyone should have their own Porto.
With this idea in mind, one of our first tasks was to understand how others view the city, and what comes out of that observation. It’s obvious and even cliché to identify the big icons like Torre dos Clérigos, Casa da Música, Ribeira, Fundação Serralves, the river. These icons go from the incredible gastronomy to the unmistakable accent of the north of Portugal. The Port wine, the São João festivities, the old and the contemporary, the landmarks and the familiar, the list of “Portos” continues.
For each citizen Porto represents a different thing. If you ask someone “What is your Porto?” the number of answers is endless. We felt like we needed to give each citizen their own Porto. We needed to show all the cities that exist in this one territory.
Thus it became clear to us that Porto needed to be much more than a single icon, much more than a single logo. It needed complexity. It needed life. It needed stories. It needed personality.
Weiter…
Quelle: www.behance.net 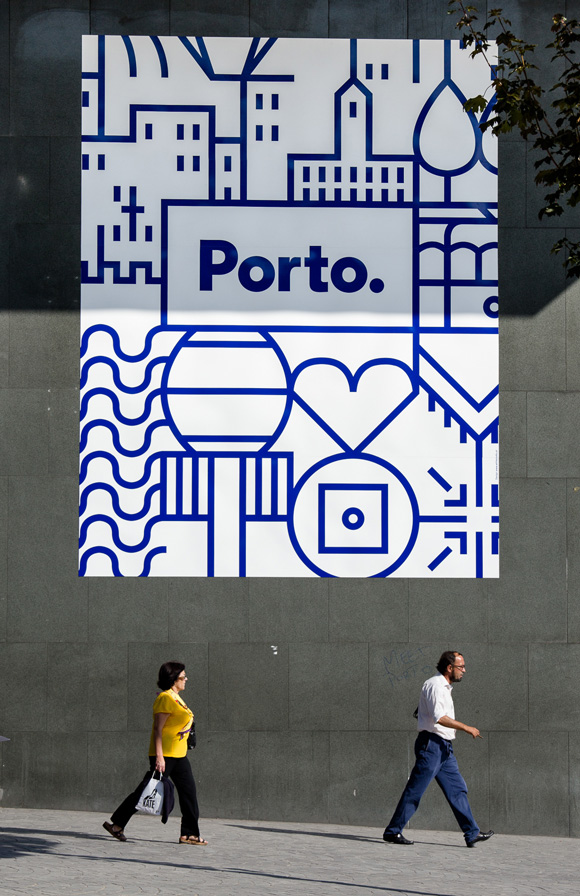 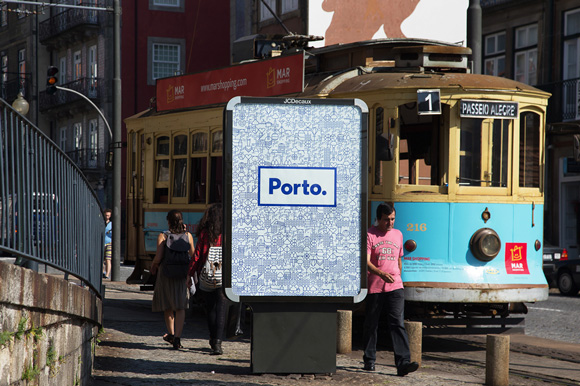