New identity for The Metropolitan Orchestra with Yannick Nézet-Séguin. We have rethought the identity by playing with contrasts and sensations. The new logo is a monogram composed of two letters: one anchored in modernity, the other in a classical tradition. Moreover, the perfect circle which replaces the letter O is exploited throughout a graphic platform as a window where the music is expressed. A lyrical and opulent typographic game completes the identity system. Thus, OM proudly takes the place it deserves: an orchestra assumed, relevant, well of its time, but still and always resolutely classic. 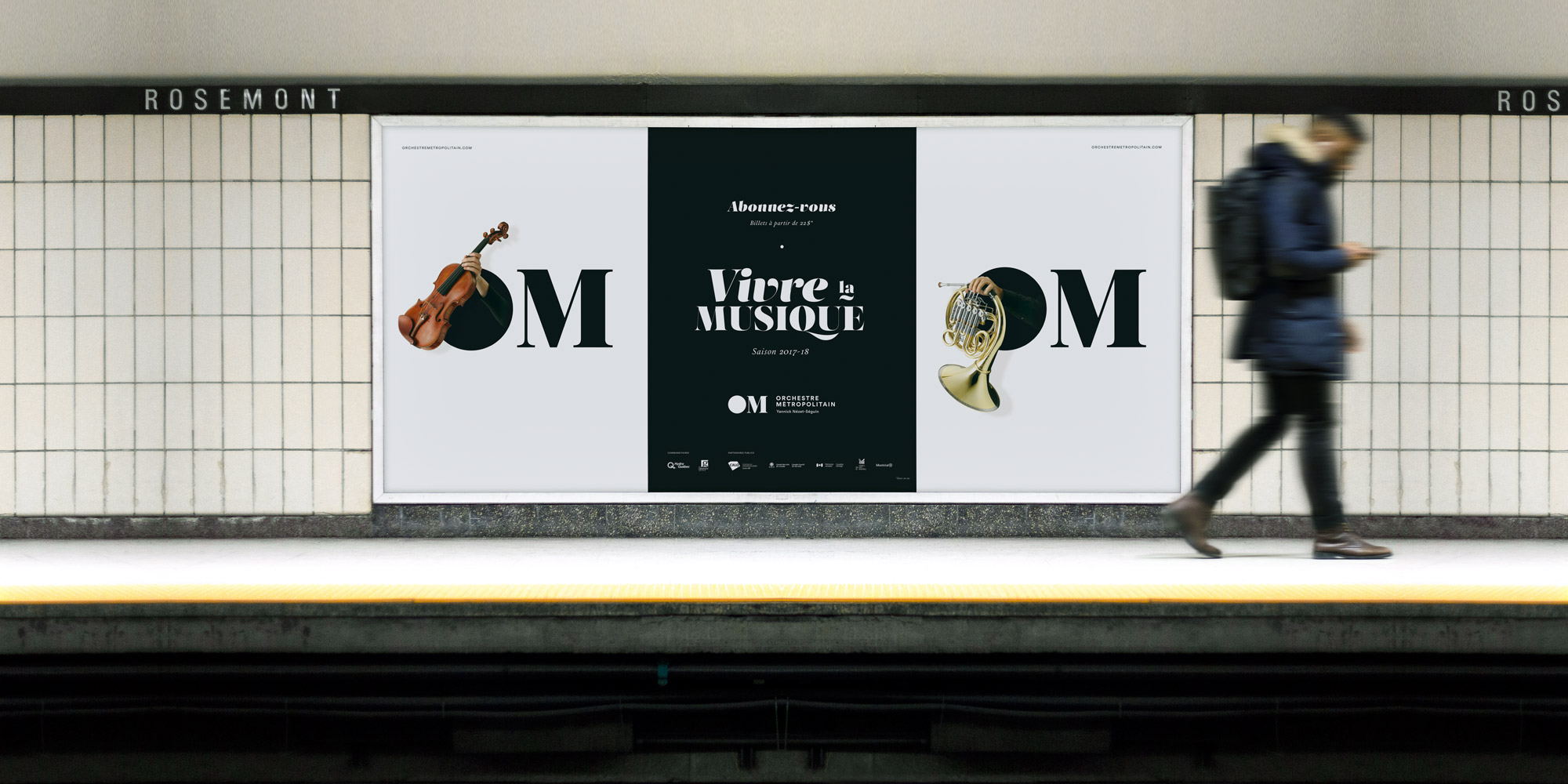 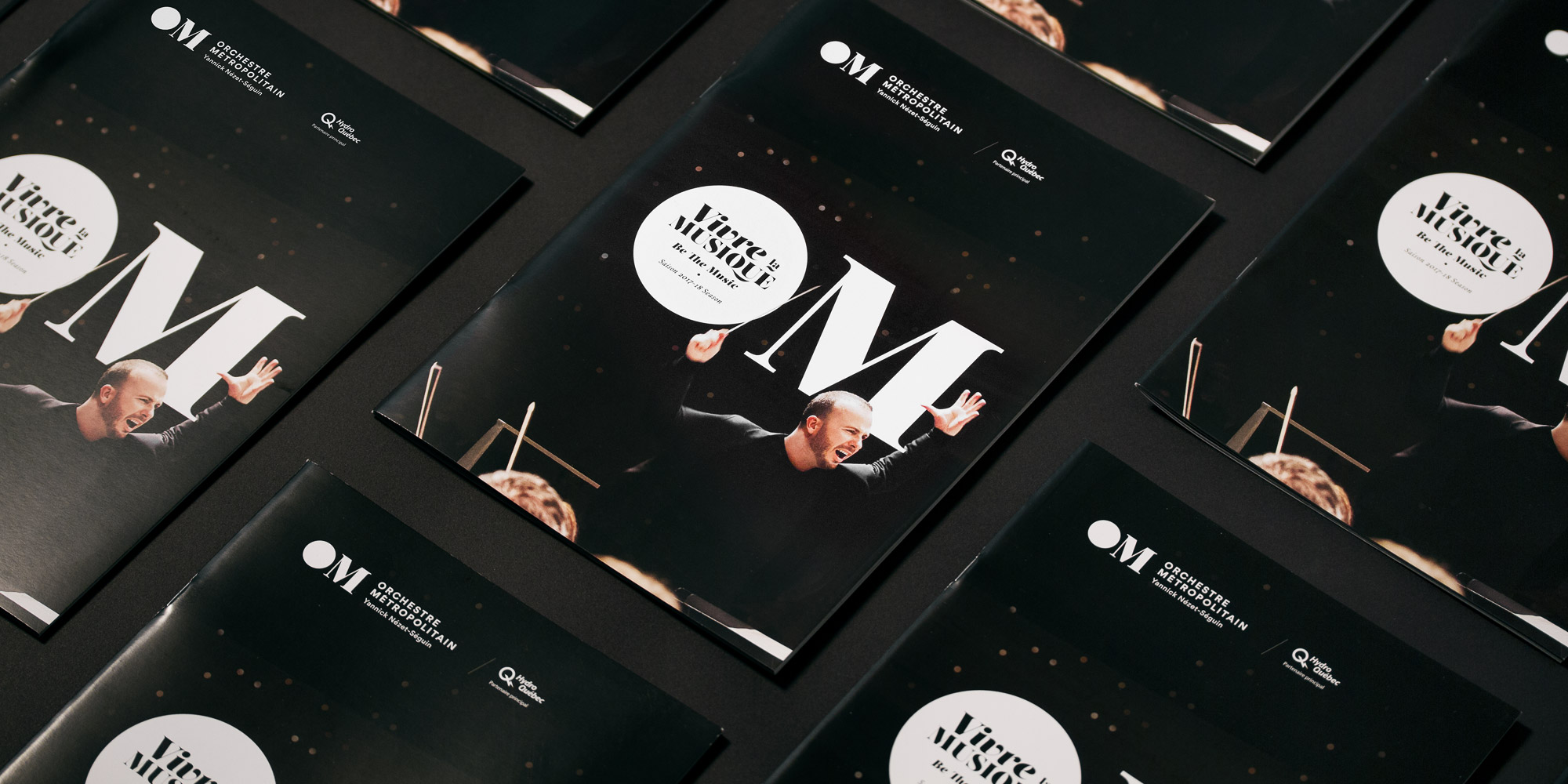 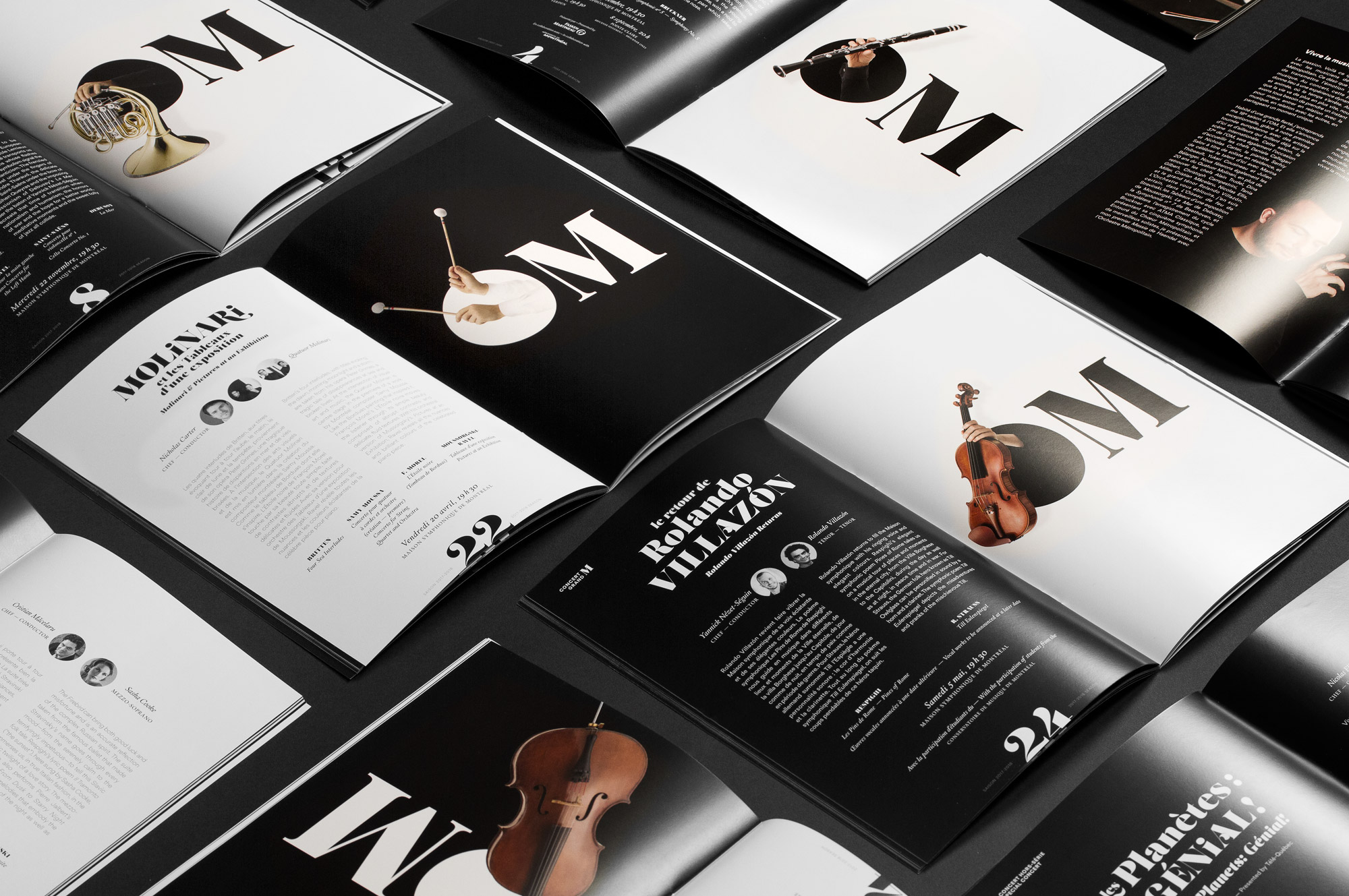 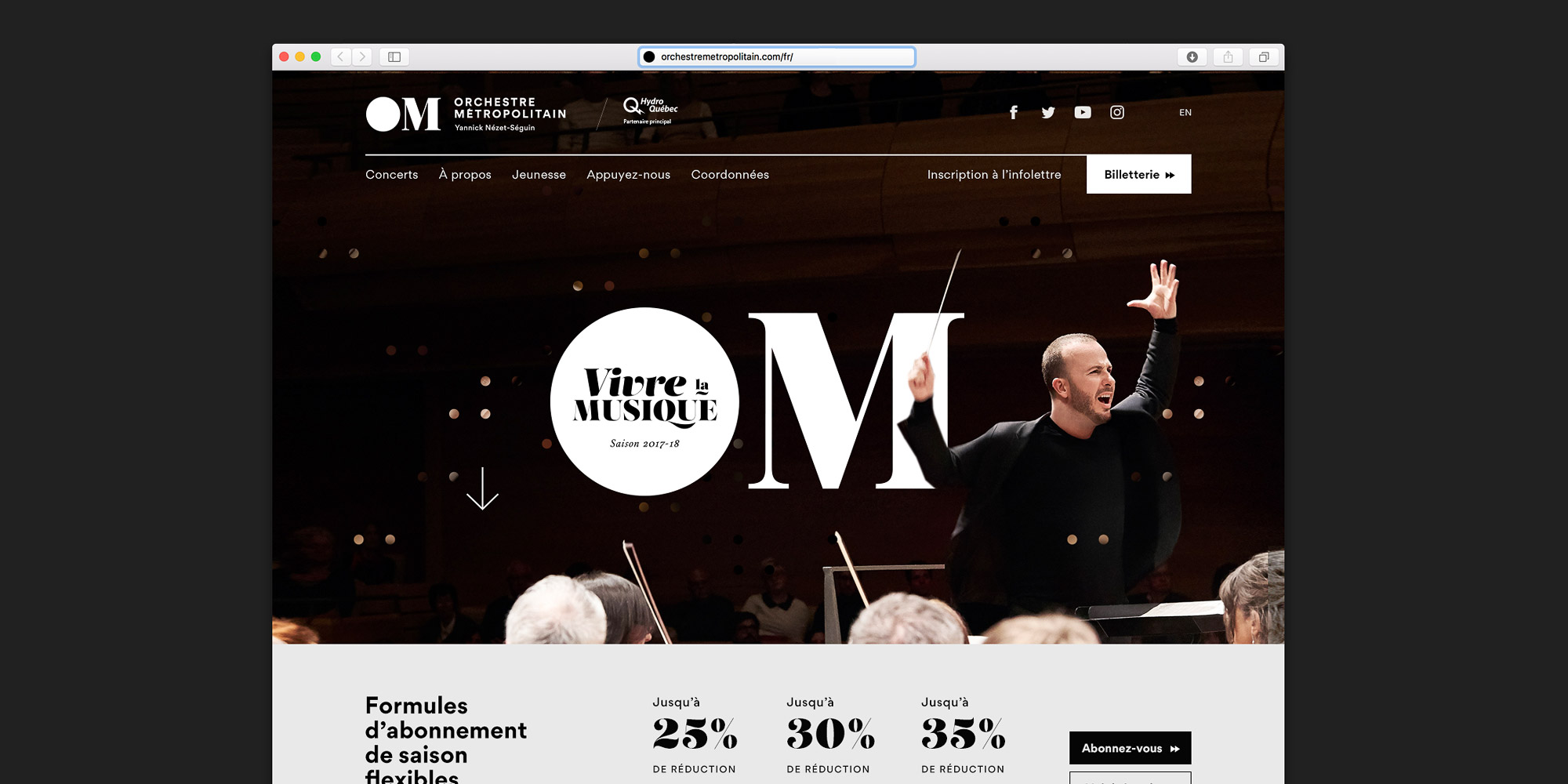 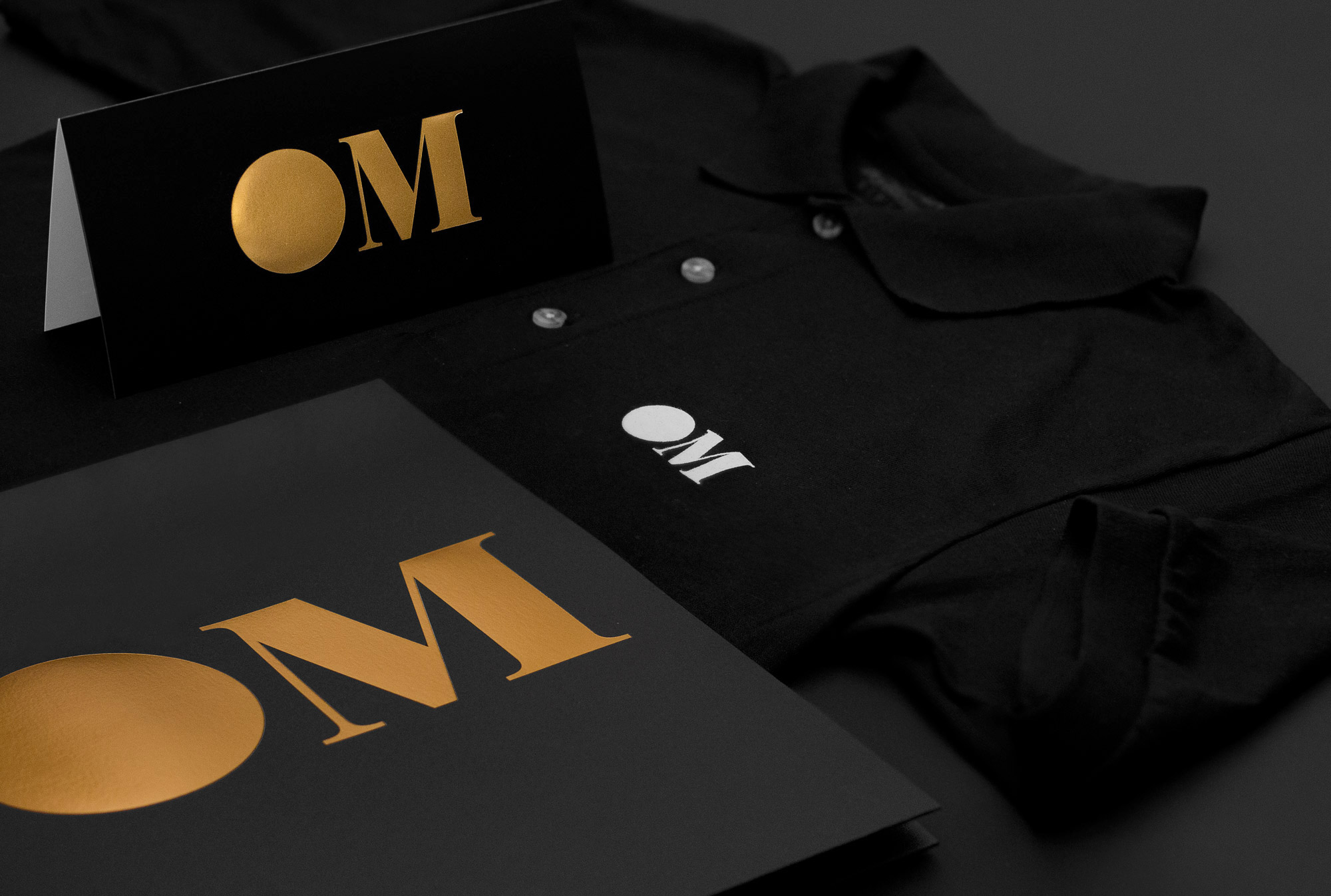 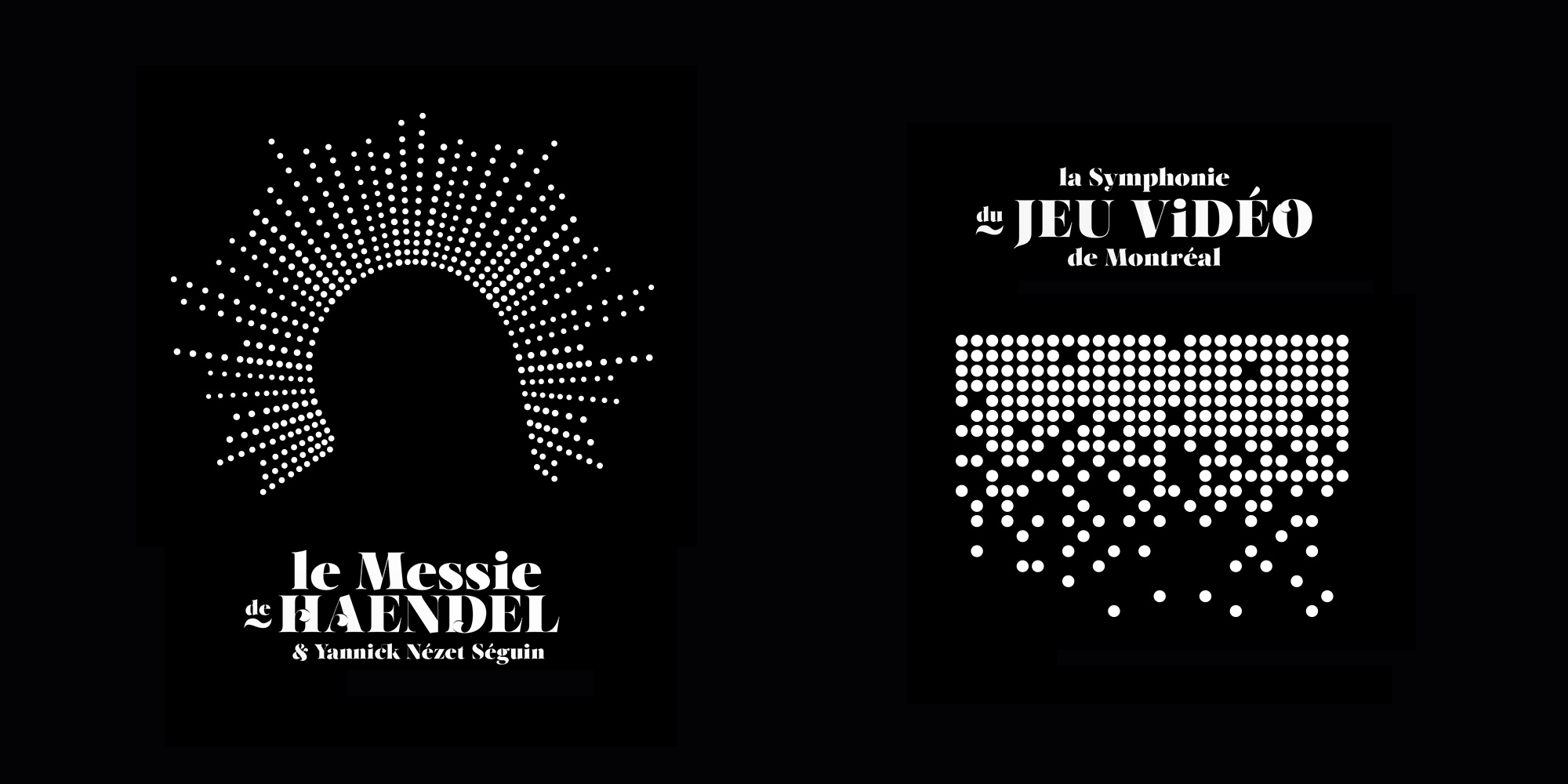 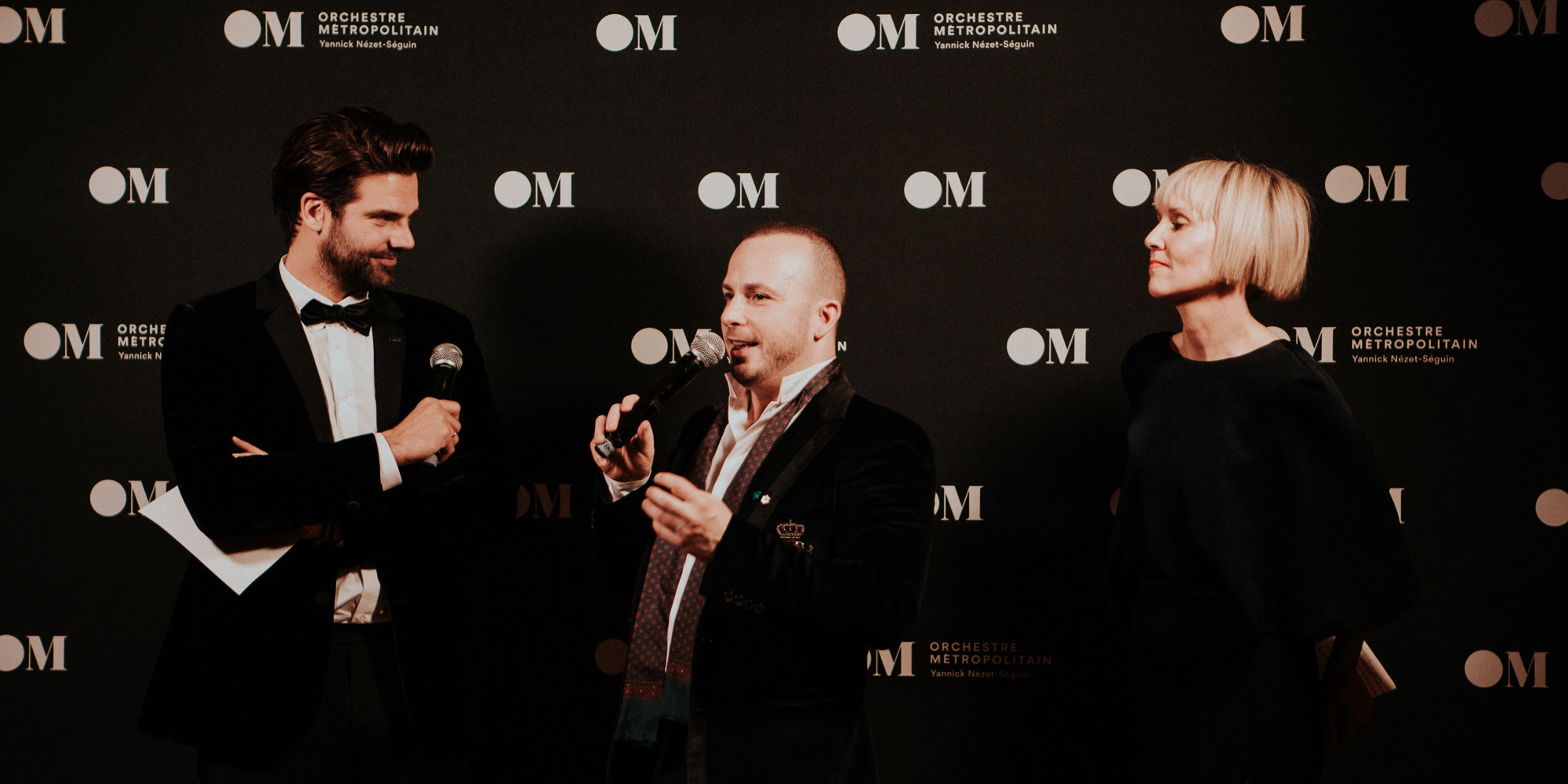