With a new multimedia advertising campaign aligned with the launch of the Beijing Olympic Games, Bell will nlaunch its much-anticipated new corporate brand tomorrow. "The new Bell brand underlines that we are moving forward as a company and as a service provider, with new services, a new strategy and a new goal," said George Cope, President and Chief Executive Officer of BCE and Bell Canada. "It's a straightforward and customer-focused brand that directly supports the Bell team's goal: To be recognized by customers as Canada's leading communications company."

The new Bell logo is a strong and clear representation of the company that proudly wears the traditional Bell blue. The logo - and the "Bell-ements" that make it up - are the visual foundation of the company's new look and new advertising.

Wade Oosterman, Chief Brand Officer for Bell, and President of Bell Mobility, said the brand's combination of strength and simplicity supports the company's strategy of delivering a better customer experience at every level. "The new Bell brand is clear, bold and instantly recognizable, and the advertising that supports it tells our customers exactly what we can and will do for them," said Mr. Oosterman. "The taglines 'Today just got better' and 'La vie est Bell' reflect our commitment as a company and as a team to deliver on our strategy and achieve our goal."

The new brand taglines are also customizable depending on the brand or ad context. For instance, an ad for the HDTV PVRs from Bell carries the tag "Recording just got better" while a promotion for Bell Mobility GPS services reads "Au milieu de nulle part avec un GPS - la vie est Bell." To tie the advertising even more closely to the concept of "better" and underline the range of product and benefits Bell offers, the English campaign also makes liberal use of words ending in "er" - faster, easier, music lover, gamer, worker, talker, texter, multitasker - which was also the basis of the company's recent advertising teaser campaign.

For the Quebec market, the company went with a unique tagline rather than a simple translation of the English line, said Rick Seifeddine, Bell's Senior Vice President, Brand: "'La vie est Bell' just works naturally. We found that substituting our logo directly for the French adjective 'belle' in the tagline was an elegant and absolutely irresistible approach."

Underlining the straightforward nature of the brand, some Bell business units will change their names as part of the launch to make clear exactly what they deliver to customers. Bell ExpressVu is now Bell TV, Bell Sympatico is now Bell Internet, and Bell Residential phone service is now Bell Home Phone.

The first advertising displaying the new brand in full begins with the opening of the Beijing Olympic Games tomorrow. Bell is a long-time sponsor of the Canadian Olympic Team, and a Premier National Partner and exclusive Telecommunications Partner to the Vancouver 2010 Olympic and Paralympic Winter Games.

Bell has actually been advertising in major markets with a teaser campaign for the last week. Cities were saturated with ads hinting at the coming campaign - in English Canada, for instance, ads featured simply the two letters "er" in support of the tagline, along with portions of the Bell logo, or "Bell-ements" as the team calls them.

"The Bell-ements are a fun and constructive way to put the Bell logo to work in every possible way. All of our television ads actually take place on a gigantic Bell logo while many of our print ads carry portions of the Bell logo," said Mr. Seifeddine. "Considering that we offer the broadest range of services in Canadian communications, that so much of life happens on Bell's networks, that Canadian business runs on Bell - it's only appropriate that our advertising literally takes place 'on Bell' too."

The new brand platform was conceived by Zulu Alpha Kilo, a new agency founded by Zak Mroueh, the renowned Canadian creative genius behind award-winning brand and advertising campaigns for companies such as Mini, Nike and Pfizer.

The Dream Team composed to execute the new brand platform across Bell's product and service portfolio consists of Zulu Alpha Kilo; the Toronto office of Leo Burnett, one of the world's largest and most respected advertising agencies; Ig2, a top Montreal agency responsible for the French-language platform and Cossette Communication Group, a long-time Bell marketing partner. "We went with a team of the industry's best, led by an elite trio of creative directors collaborating in a new and innovative client-agency model," said Mr. Seifeddine. "We think the team's work speaks for itself in terms of clarity, emotional connection, boldness - and strong support for our strategy to deliver a better customer experience." 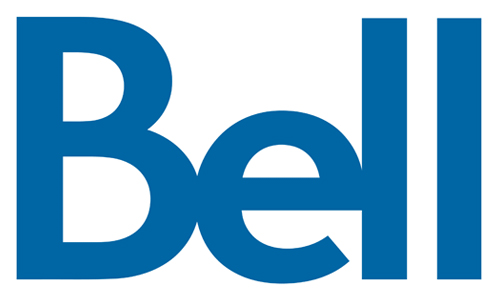 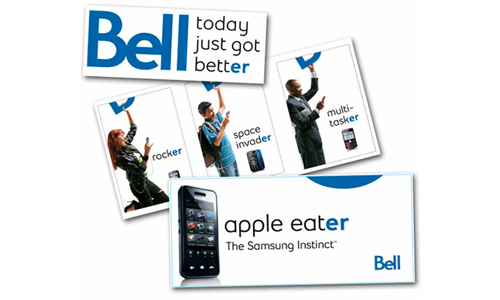