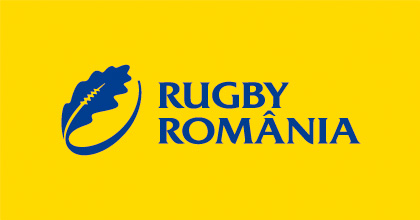 “Starting with the game Romania-Uruguay on November 13, 2010, the national team will wear a new visual identity, which we hope to be henceforth auspicious. We thank Brandient for the support and the pro bono work done for the Romanian rugby”, declared Alin Petrache, FRR President.


Brandient accepted the request of FRR and their sponsor’s, CEC Bank, first of all for the beneficial impact of using such a professional visual identity as a component of Romania’s nation branding – both by increasing the interest and involvement in this sport locally and benefit from a better representation abroad.

“FRR is a brand of people that love what they do. I have been honored to work on this project and the responsibility toward the rugby players and the fans of this noble sport has much inspired me. It is satisfying to feel that, by means of your effort, you are part of a greater purpose”—Bogdan Dumitrache, Senior Designer Brandient.


The new logo expresses in a simple, elegant and original approach the oak leaf (the traditional symbol of the Romanian rugby), designed around the oval rugby ball. The design works also as a stand-alone, unequivocal symbol of the identity. At the same time, the creative style communicates determination and strength, undisputable features of the Romanian rugby players.


The logo design is signed by Brandient designers Bogdan Dumitrache and Cristian Petre, and it has been implemented in organization’s identity, players’ outfit and promotional materials.


“We are happy to have offered such a memorable and unique interpretation of a common place – the oak leaf. This approach is another proof that not the leaf but the identification and originality are important when creating a logo. We are proud to see on these wonderful sportsmen’s official gear two logos created by Brandient (CEC Bank being the second), originating from the same symbol, the oak leaf, but that are so clearly and forcefully differentiated” — Aneta Bogdan, Managing Partner Brandient.