As a proud and official Candidate City for the 2022 Olympic and Paralympic Winter Games, Oslo2022 has today launched a new logo and visual profile, accompanied by a new website for our international audience.

Includes the Olympic rings
Pierre de Coubertin, the father of the modern Olympic Games, drew the rings in 1913. Today they are over one hundred years old, and perhaps the most known and popular symbol of global community and international sports.

The presence of the rings definitely strengthens our visual identity. The logo also reflects our core values – urban and close to nature, playful and responsible, generous and ambitious, says Eli Grimsby, Chief Executive Officer of Oslo2022.

Nordic simplicity
Norwegian company Snøhetta Design has developed the logo and the visual profile on behalf of Oslo2022. Visually, the starting point in the process was the composition of words and letters in Oslo2022, and the design only contains character elements that are put together as in a construction kit. The logo is also based on a Nordic design expression – Nordic Simplicity.

The biggest change from the Applicant City logo is the “calibration” of the colours towards the legendary color palette of the rings, says designer Henrik Haugan in Snøhetta, who developed the logo in cooperation with designer Kim André Ottesen.

Unforgettable Games
With the IOC’s announcement of Oslo as a 2022 Candidate City, the City of Oslo and the Norwegian Olympic and Paralympic Committee and Confederation of Sports (Norwegian NOC) will continue their genuine efforts to deliver unforgettable, yet sustainable Games, that will contribute to responsible development of the Olympic and Paralympic Movement and the Olympic family.

Over the last two years the City of Oslo and the Norwegian NOC have made extensive and unprecedently detailed bid preparations. The capital of Norway can host most of the disciplines, on both snow and ice, within the city limits. Lillehammer will host the alpine events, along with bobsleigh, luge and skeleton. 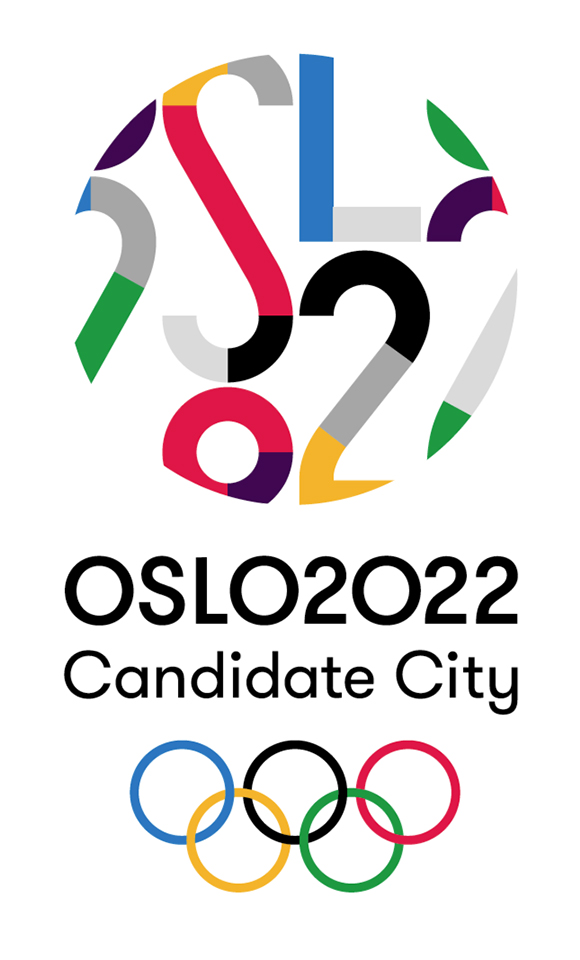 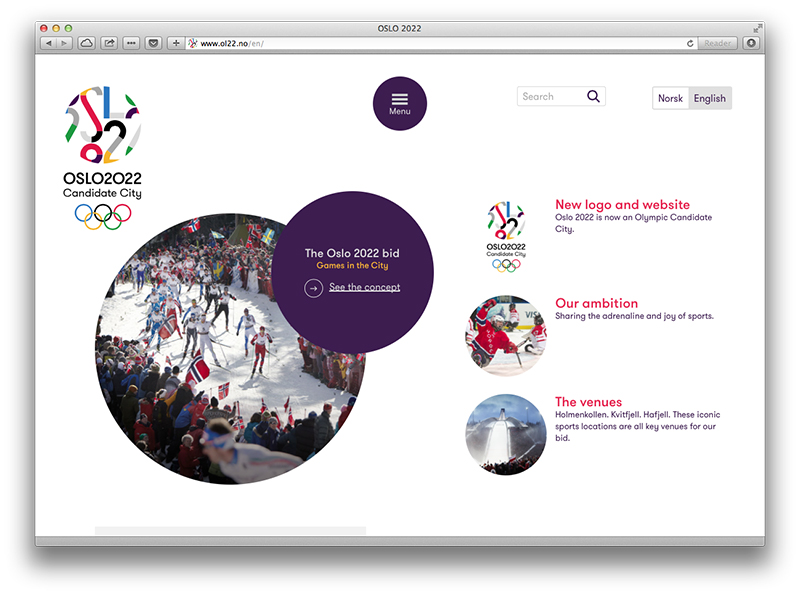