With broadband now seen as the fourth utility, and legacy telcos struggling to keep up, brand & digital design agency Output has collaborated with Cuckoo to evolve a brand and design system that will help the startup take on a broken broadband market, scale to the next level and become the UK’s fastest, fairest, feel-good internet service provider

The overhaul comes as the ‘big four’ ISPs hold the UK’s 27 million households hostage, with 7 million homes currently out of contract and overpaying by £1bn a year, punitive exit fees making customers pay to leave a service that’s failing them and 85% of people still needing to call (and wait on hold), just to make contact with their provider.

Cuckoo exists to change all this. Just as Monzo took on the banks and Octopus Energy the energy providers, they’re ruffling feathers by bringing customers the fastest broadband speeds at fair prices, backed up by unrivalled service.

Output were brought onboard to evolve a brand and design system which would set up Cuckoo as a broadband category leader, position them alongside global tech brands as a premium provider, lay the foundations to become a distinctive and memorable household name, and be seen as a hot employer, through a clear mission and rich on-site content.

Founded by Alexander Fitzgerald, Tommy Toner and Daniel McClure in February 2020, Cuckoo launched with a single deal and one-month rolling contract. Since then the company has launched Fibre-to-the-Premises (FTTP) on a monthly rolling contract, introduced a ‘same day’ service to get new customers online anywhere in the UK within 24 hours and been ranked as the UK’s best broadband for customer service by Money Saving Expert in 2021 and 2022.

Through the ‘Cuckoo Compass’, the company invests 1% of each bill in establishing internet connectivity in areas of internet inaccessibility across the UK and internationally, such as conflict zones, natural disaster sites and developing communities.

To communicate Cuckoo’s unique view of the world and future-proof its design ethos, Output was challenged to evolve the bootstrapped brand into a fully-fledged visual identity and design system, while working closely with the product team to simplify and improve the digital customer experience.

In a category bogged down by the table stakes of speed and performance, Cuckoo’s difference is its customer experience, giving birth to the central idea: If broadband starts good, stays good and does good — why shouldn’t it feel good?

Alongside this idea, Output helped Cuckoo develop three character traits — trailblazing, spirited and genuine — which would be central to defining a uniquely Cuckoo experience. Together, these ideas inspired the creation of adaptive visual worlds which bring customer benefits to life, motion principles that guide every type of interaction across Cuckoo’s touchpoints, an updated logo and brand typography, a simplified and frictionless digital experience and the formation of Cuckoo’s new open-source design system, Yolk.

The project was a true collaboration between Output and Cuckoo, with the teams working in sprints to bring the brand and design system to life, share real-time feedback and take part in reverse retrospectives, proving the value of Output’s ‘break it to make it’ philosophy. The result is a cohesive brand and digital design system to help Cuckoo lead the sector. 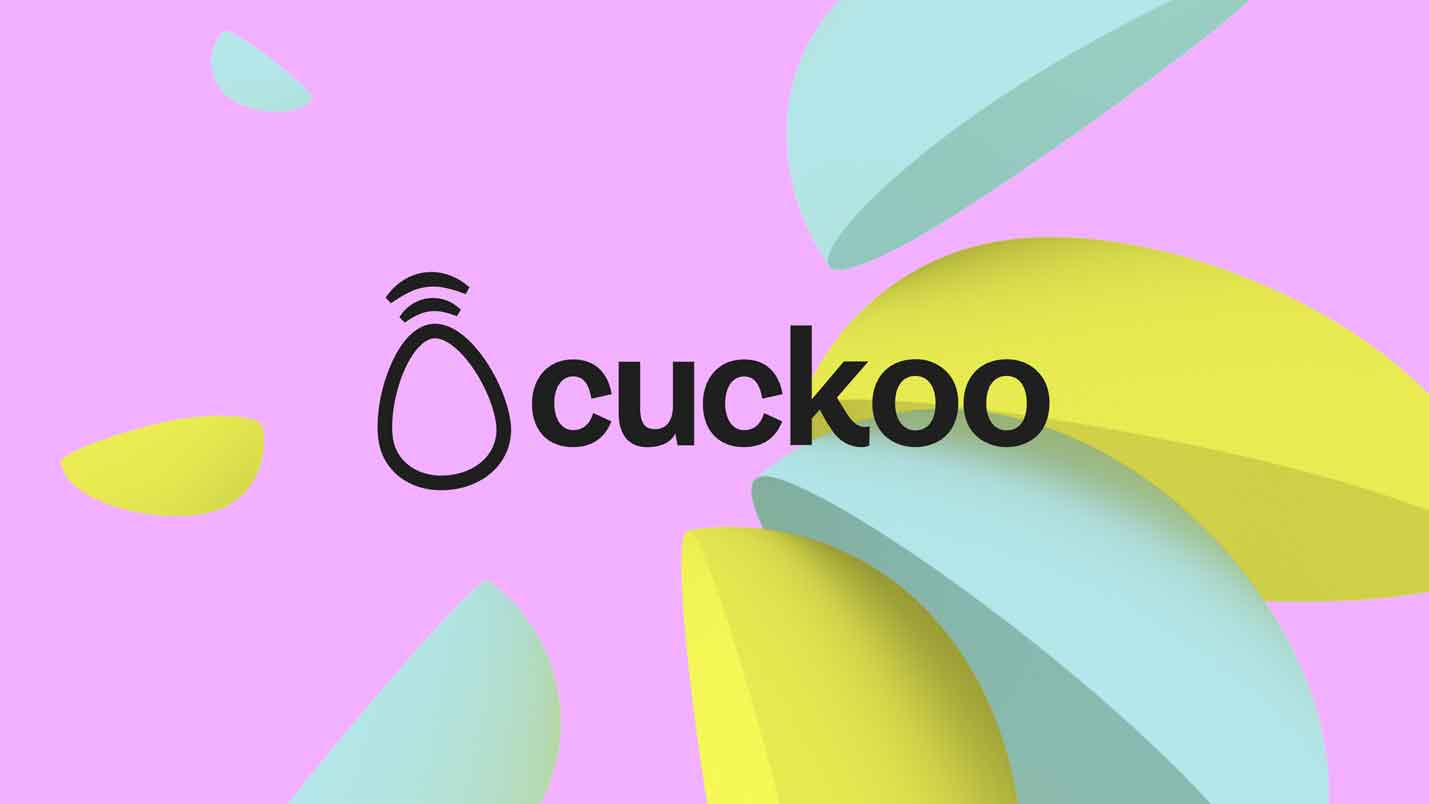 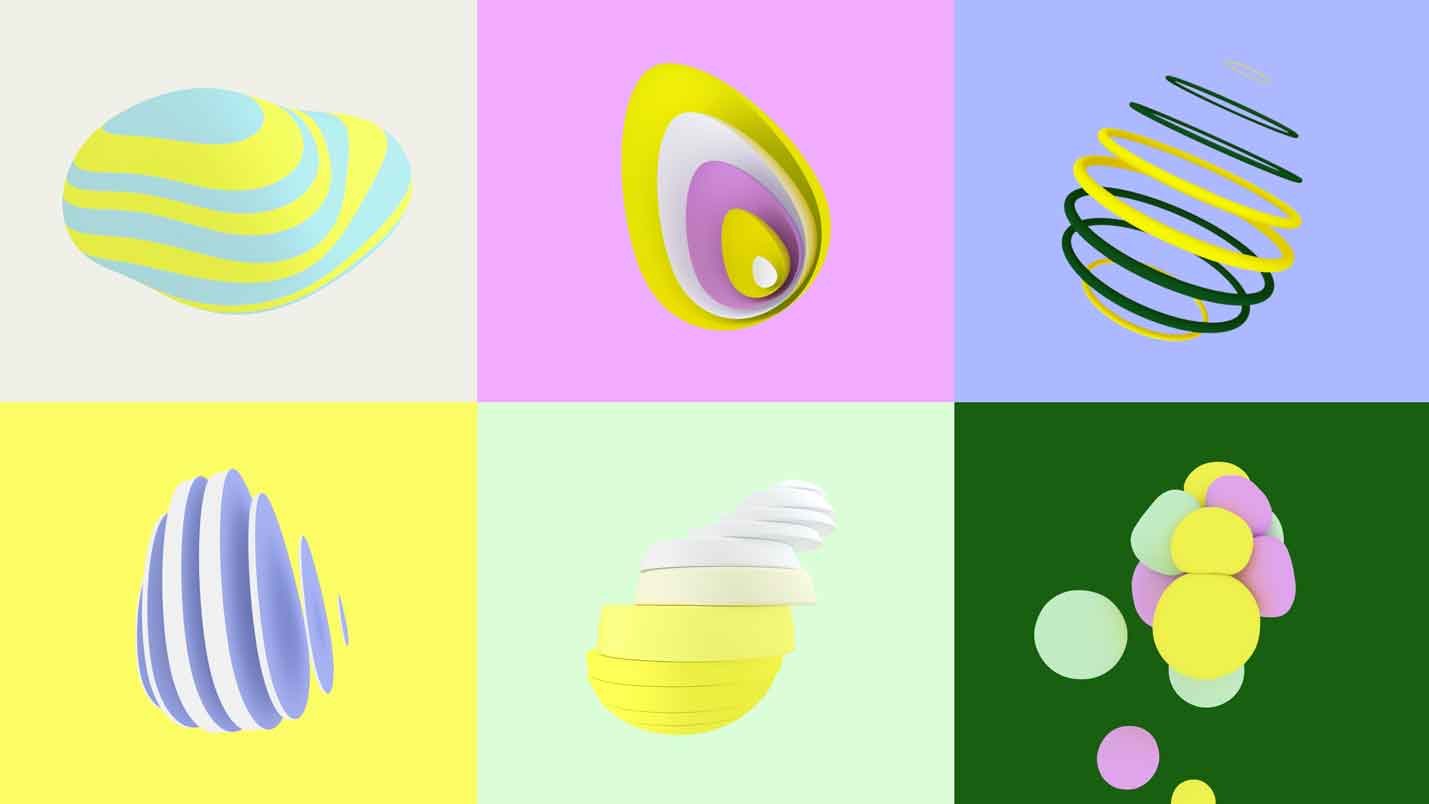 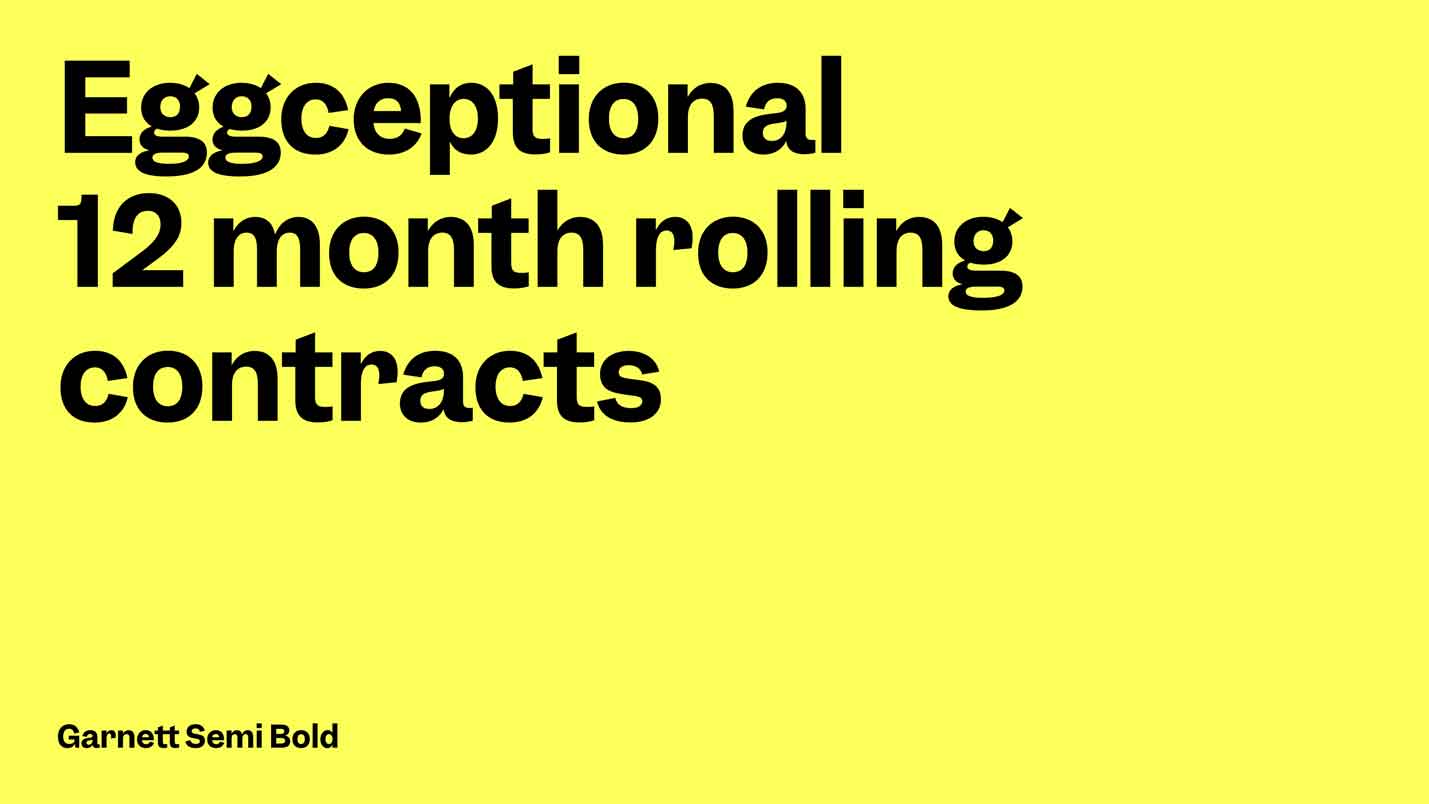 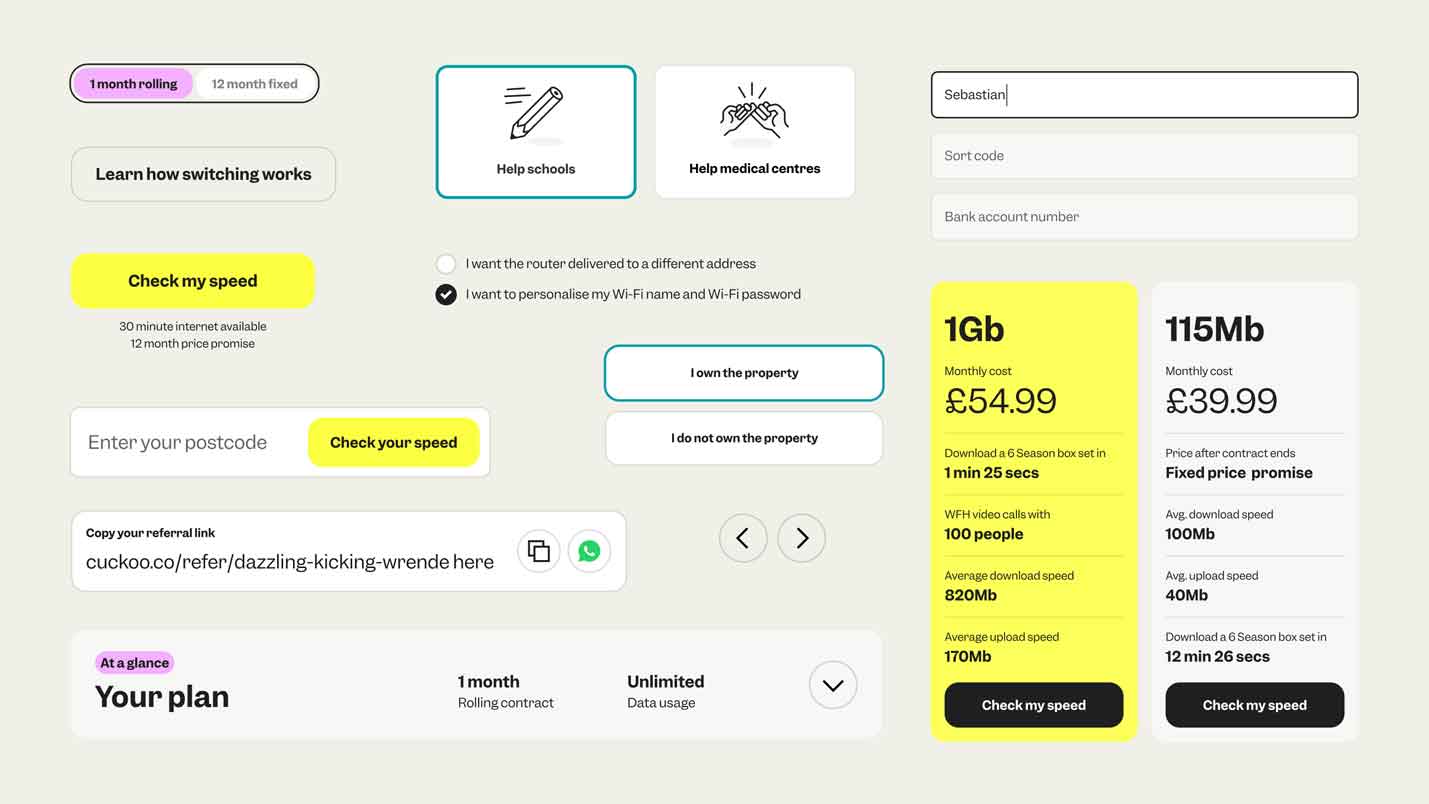 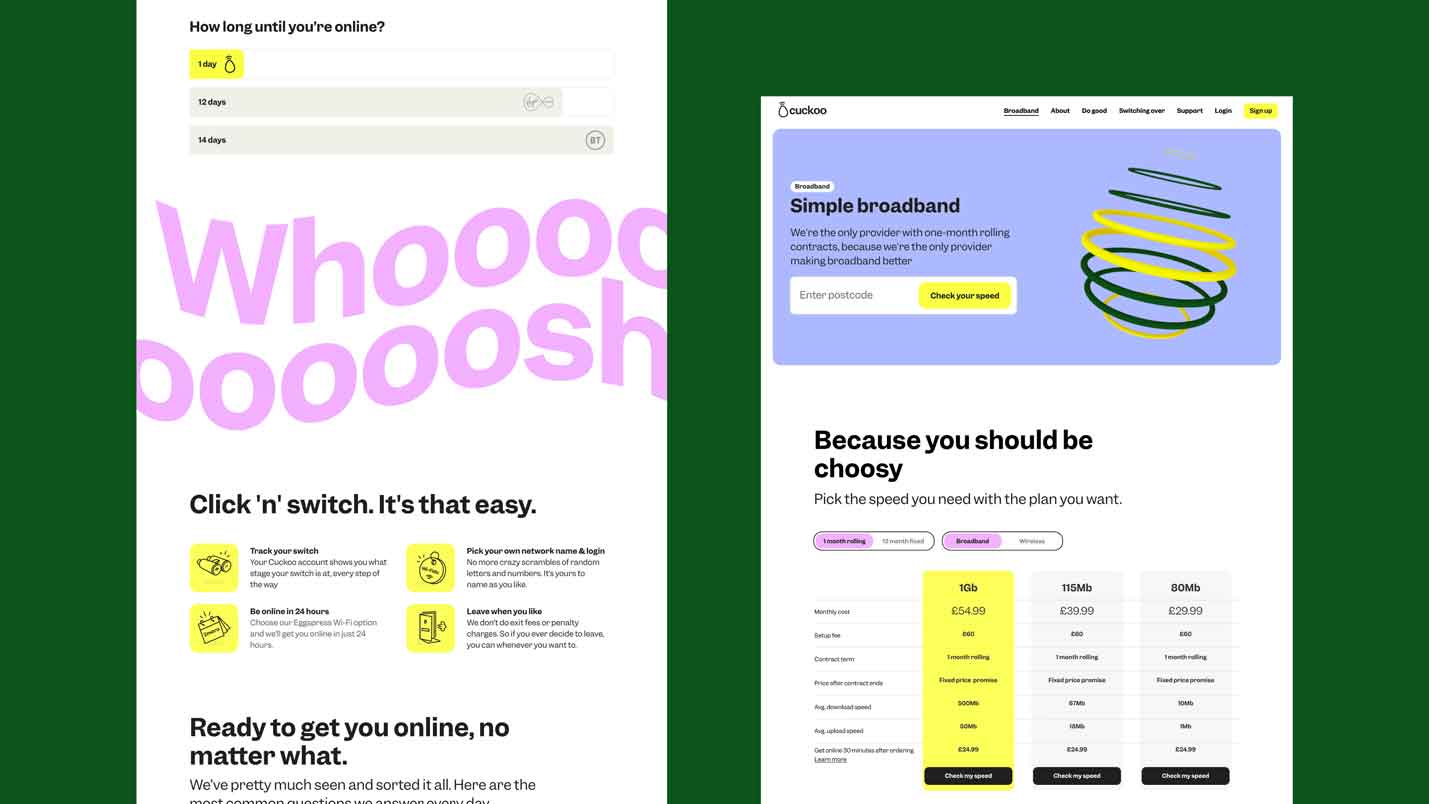 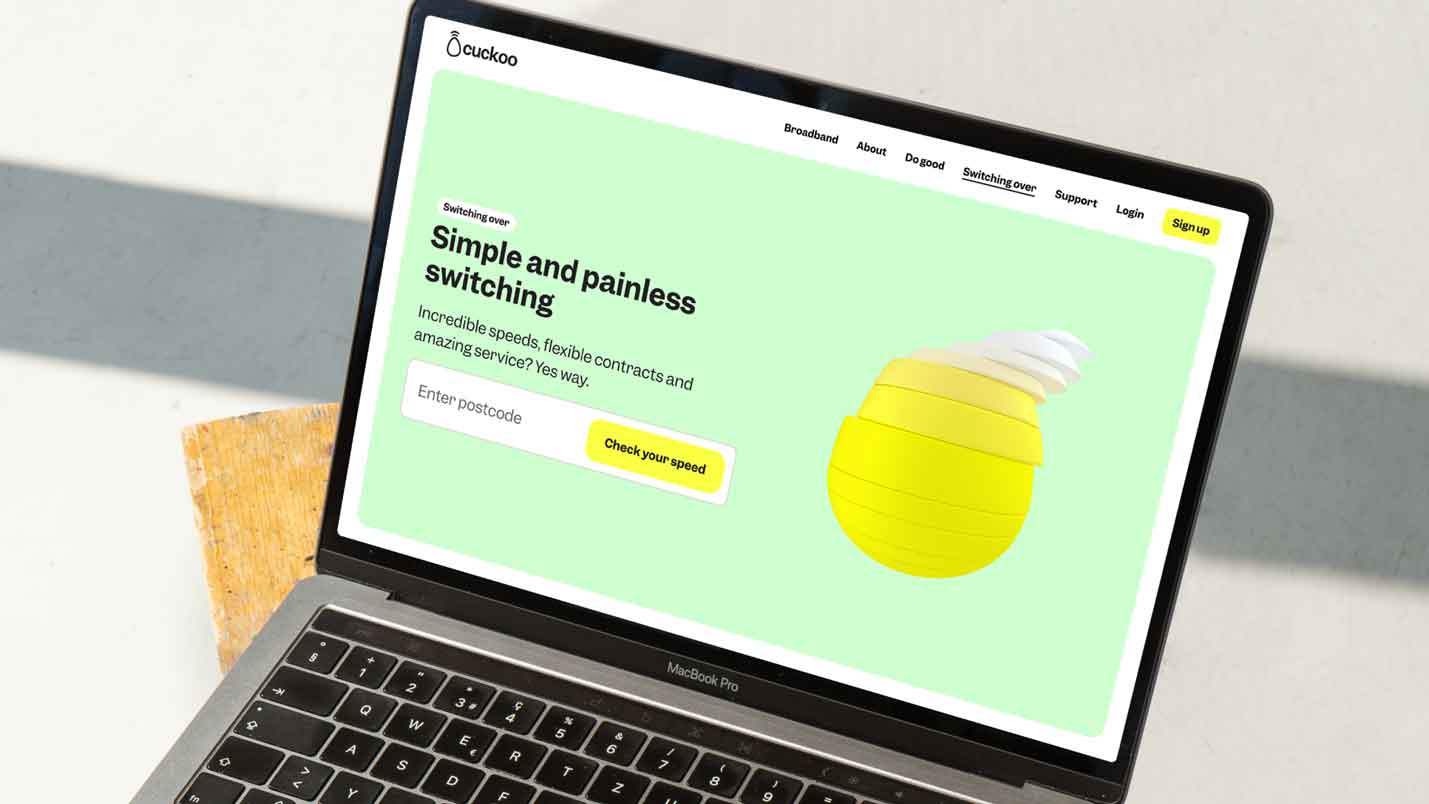 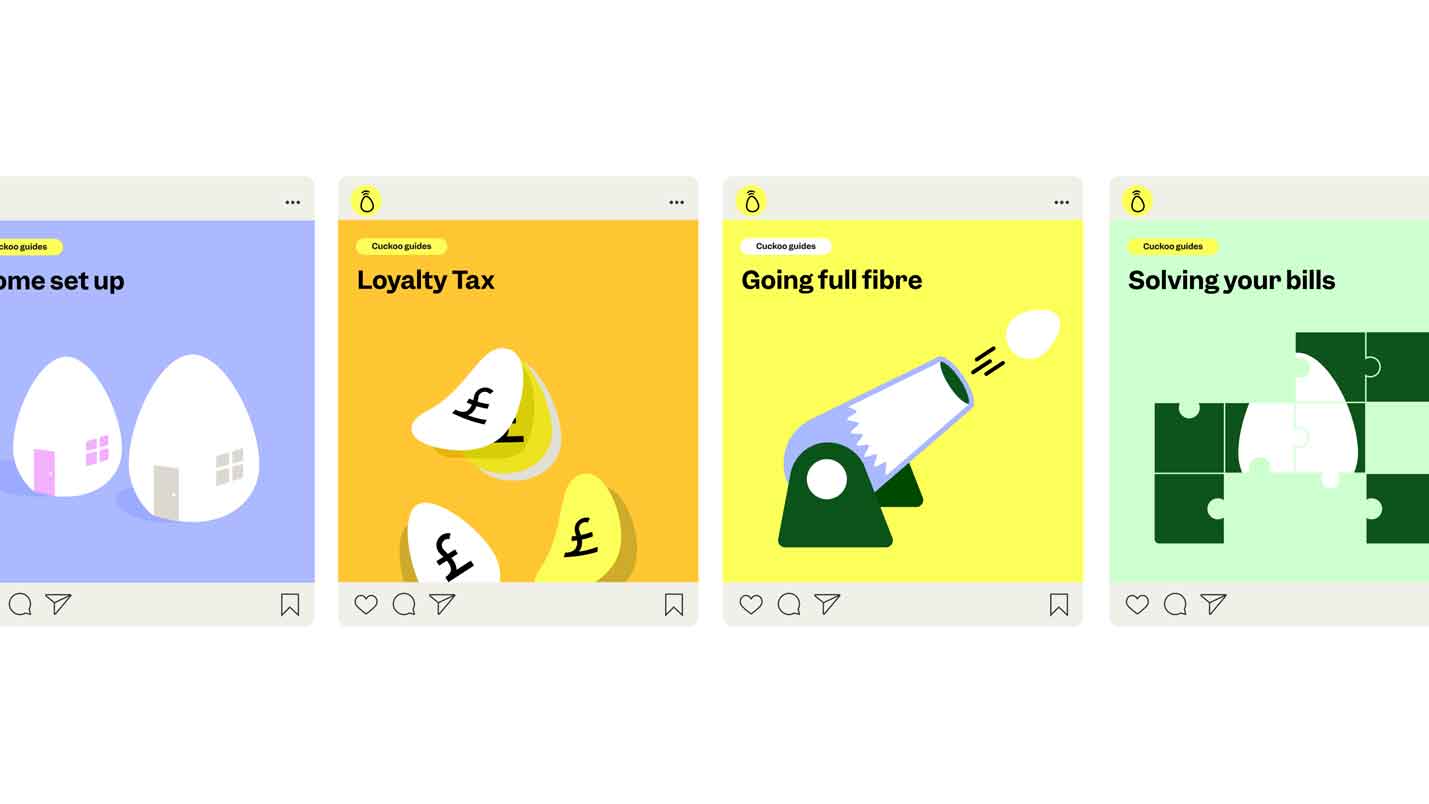 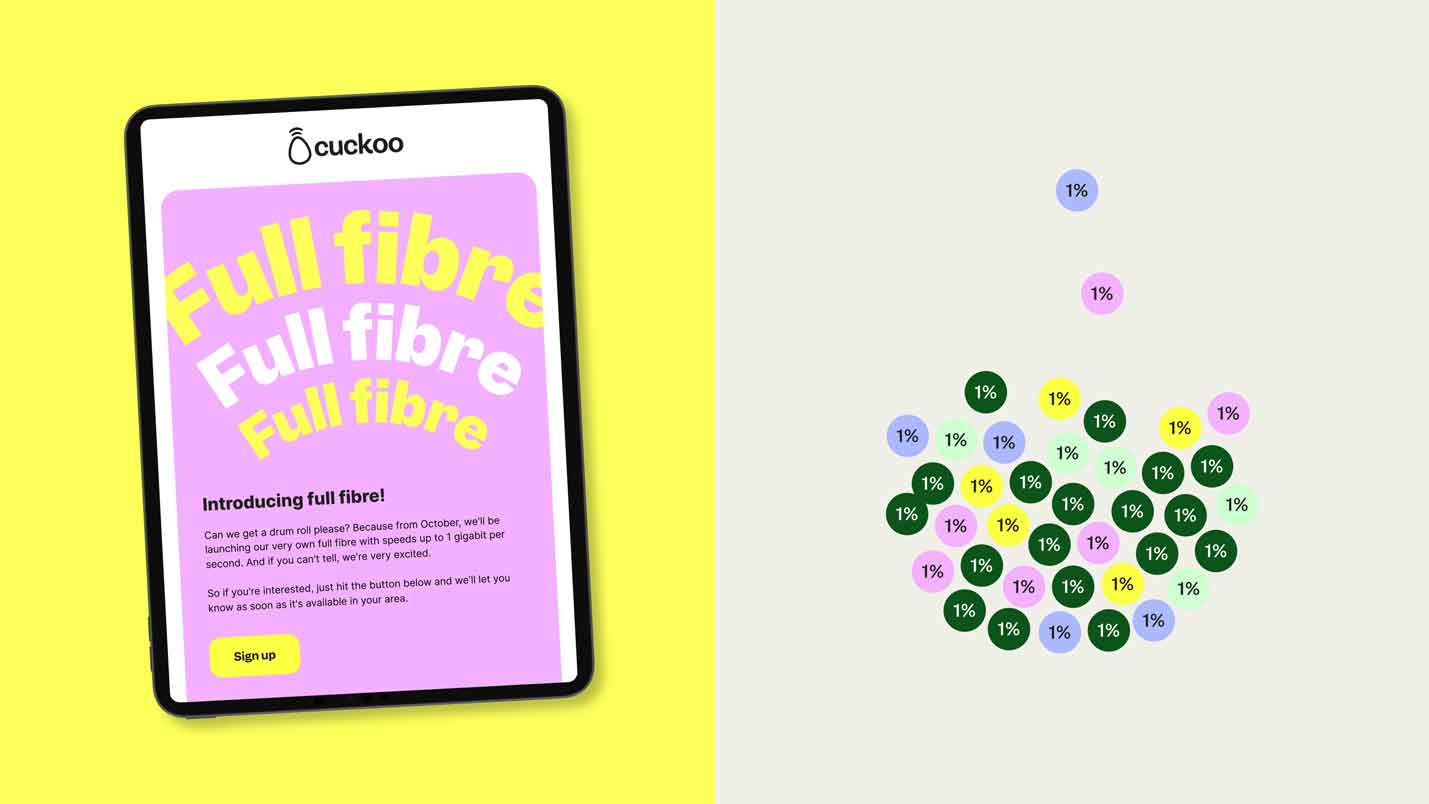 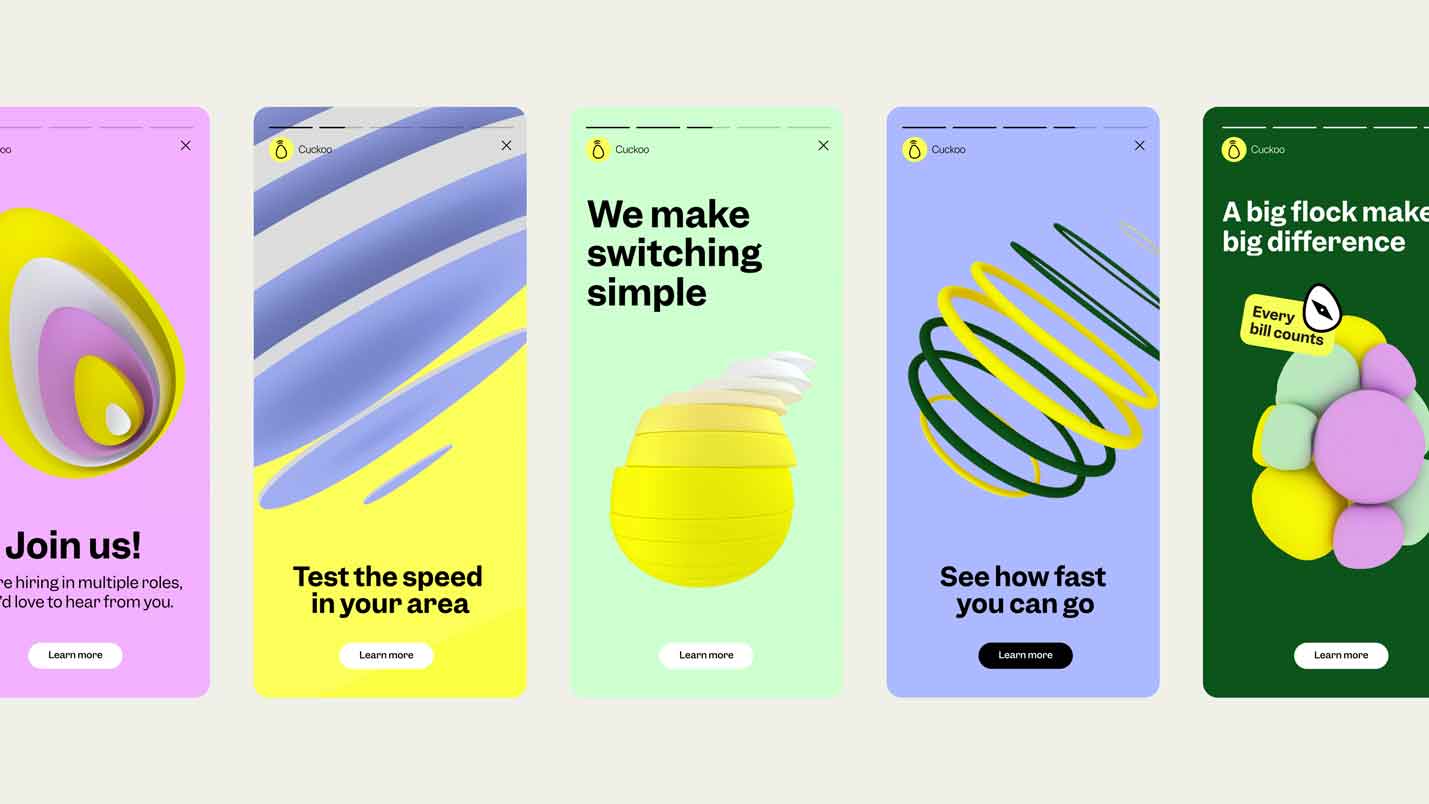 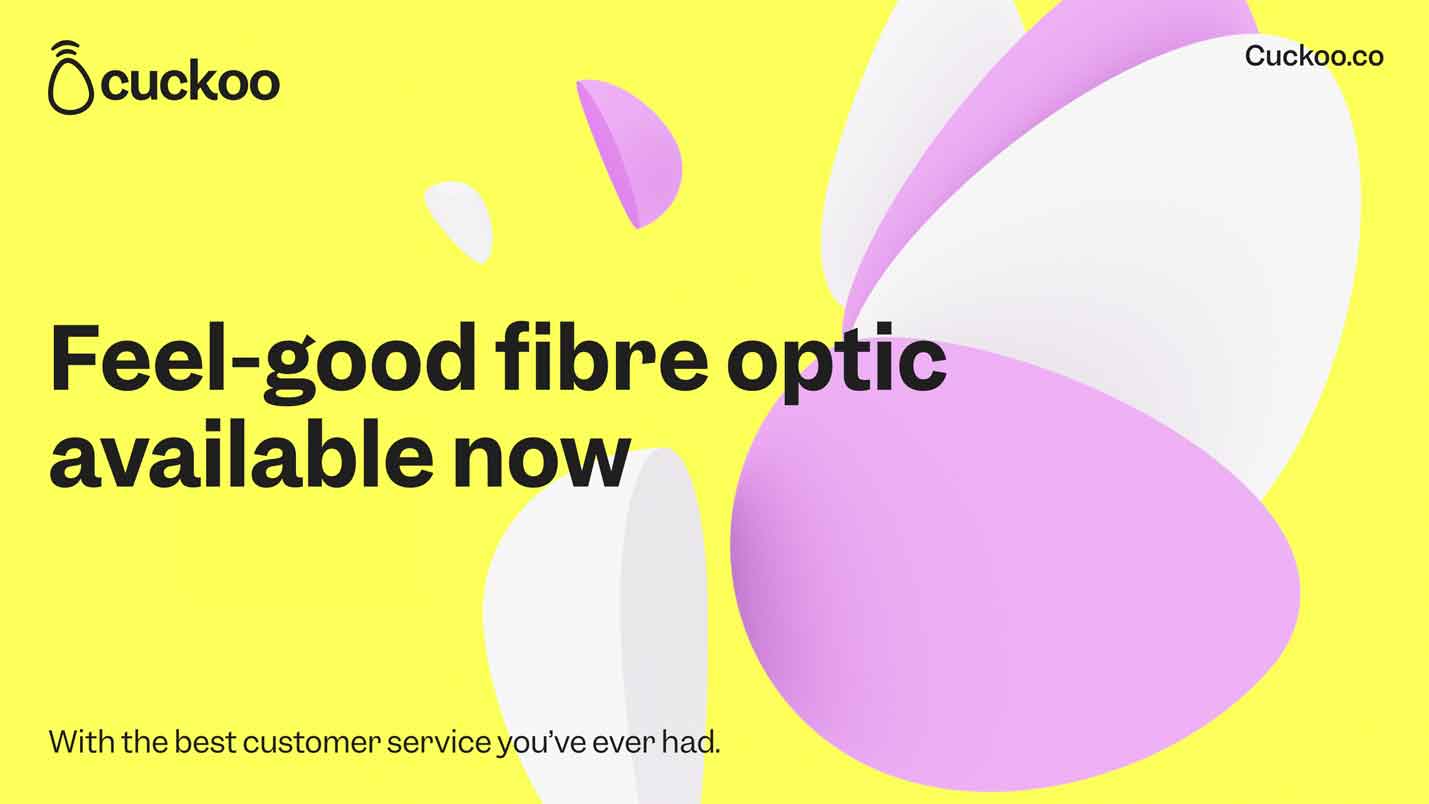 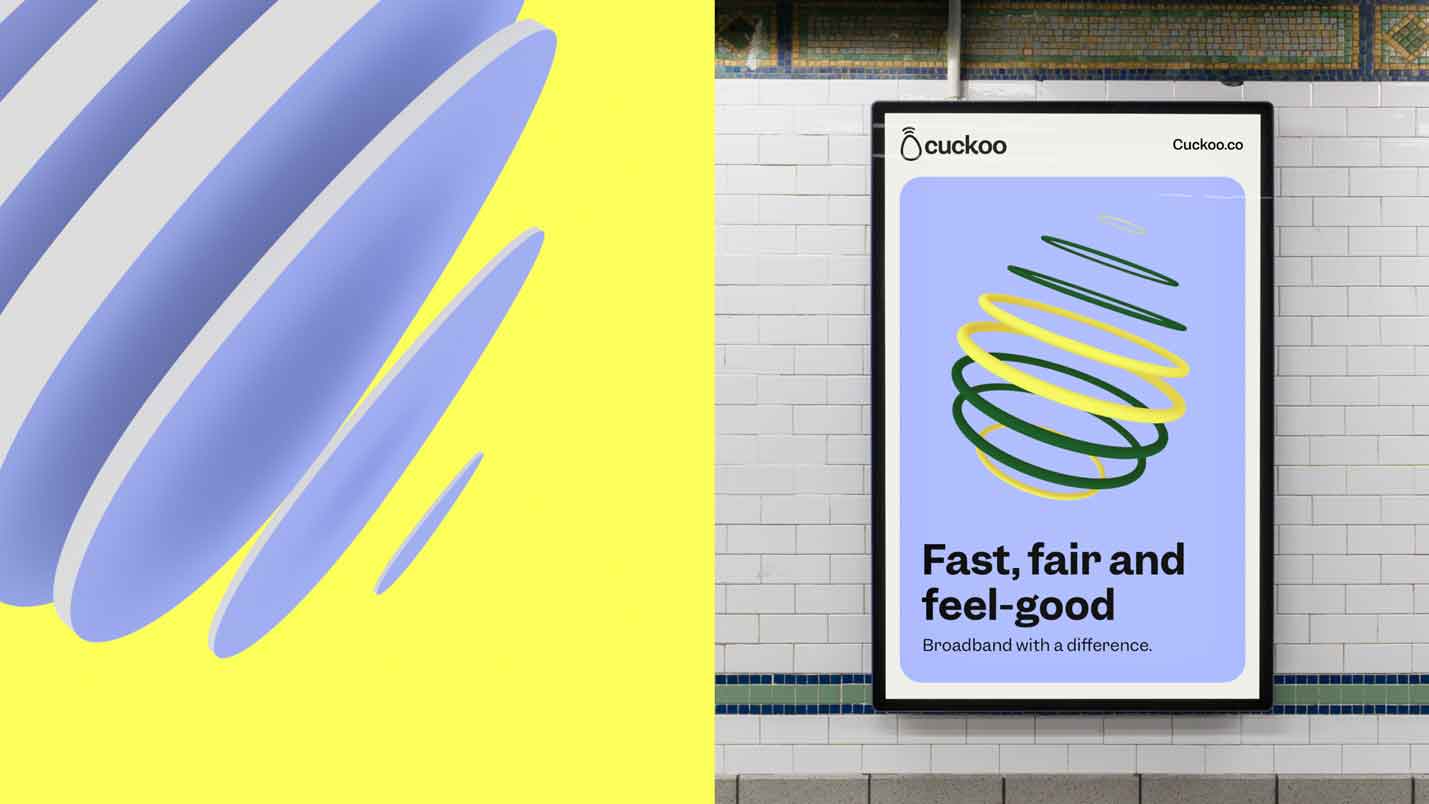