Progress is a global leader in application development, empowering organisations through digital transformation. With offerings spanning web, mobile and data for on-premises and cloud environments, Progress powers startups and industry titans worldwide, promoting success one customer at a time.

This was an exciting time for Progress. For years, it had been known for its application development and data connectivity software, but with a recent acquisition of Telerik (who Moving Brands partnered with on its 2013 rebrand), the company had doubled in size, and its portfolio and global footprint grew exponentially. Progress approached Moving Brands to help them unite and strengthen its identity, portfolio and culture into one meaningful, cohesive brand worldwide, from Boston to Bulgaria via Hyderabad.

We began this extensive work by immersing ourselves in the Progress world, working across our studios in London, New York and San Francisco. Our team connected with people from all levels of the business – from the CEO to new recruits – uncovering the strengths, beliefs, motivations and impressions that would define our approach.

These insights revealed pride across a varied set of businesses, uncertainty about how a newly combined Progress would look and work together, along with a real desire to overcome challenges to build something stronger.

In close collaboration with the global leadership team, we defined a brand story and mantra – ‘Transforming experiences’ – which galvanised the business and its people. This story became the ‘north star’ to unite several working cultures, and build a strong identity around. As the project evolved, it became clear how important the way its people acted was in establishing the perception of Progress to customers.

To shape a united global culture, we established a cross-functional team within Progress, equipped to cultivate change and lead by example. This approach leverages strengths across teams and geographies, and taps into local insight.

Working from the belief that cultures are lived, not learned, together we translated the brand’s transformational attitude into a cultural system. This system is built on principles that influence everything from the working environment, practices and career progression.

As organisational culture is always in evolution, we’ve advised the Progress team how they might adapt to accommodate this.

To create an identity that everyone could stand behind, we took the best of the existing Progress and Telerik brands, crafting a new brand character, symbol and visual identity that conveys a powerful sense of forward momentum, transformation and change.

Our design team left their computers to explore the world beyond the studio, by melting physical objects and playing with the various effects of light, they investigated a unique route to the design of a distinctive brand.

The visual identity has helped the business articulate its broader offer to a new audience. It’s an expression of how the distinct personalities and values have united in a new, stronger Progress.

To bring everyone in Progress on the journey, the new brand and culture were revealed through a film and presentations at internal Transform launch events. We simultaneously devised an external launch campaign – ‘The old rules no longer apply’ – to communicate to developers and C-suites alike the new offer and ethos. 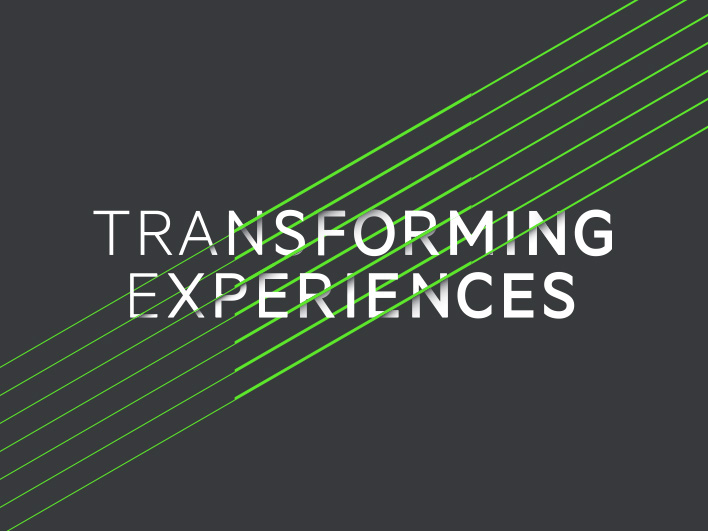 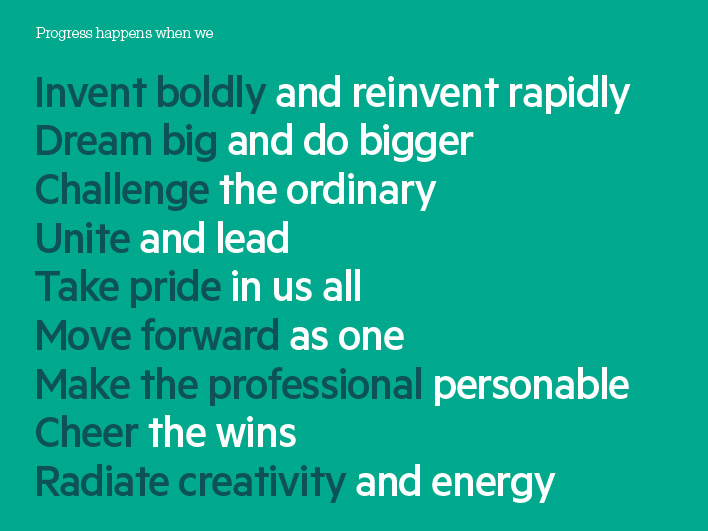 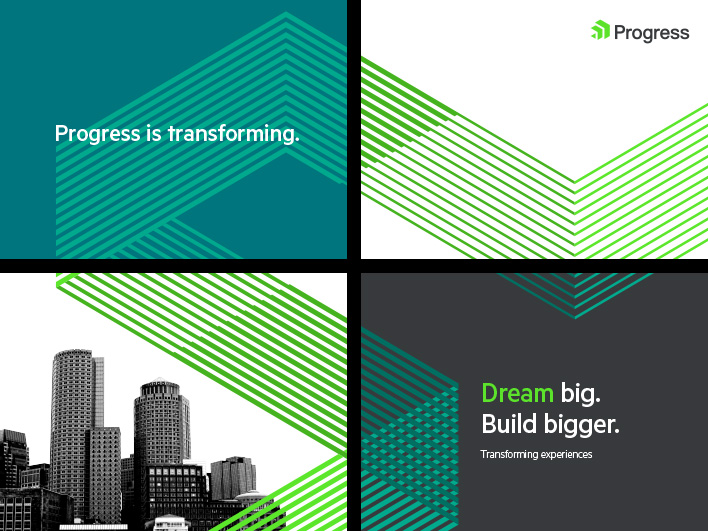 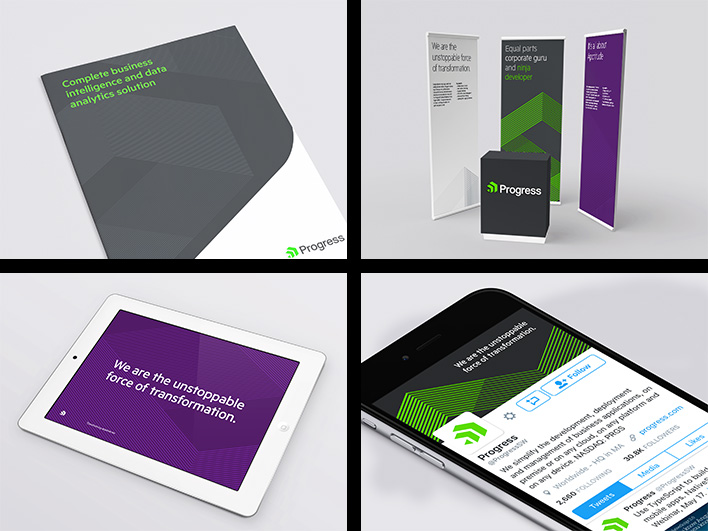 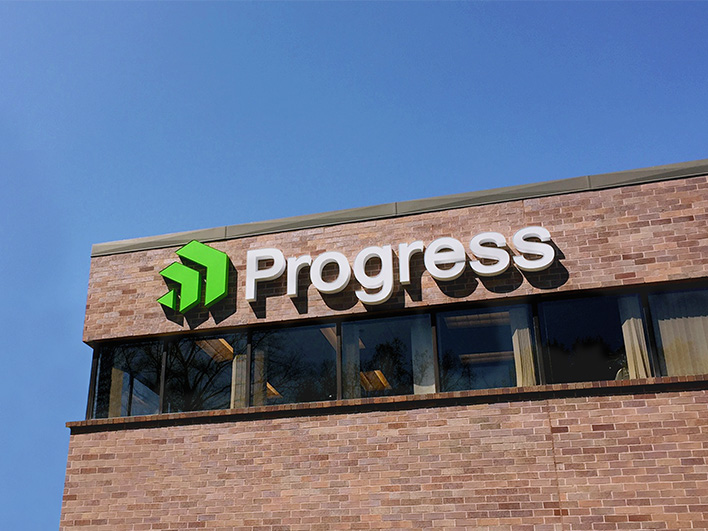 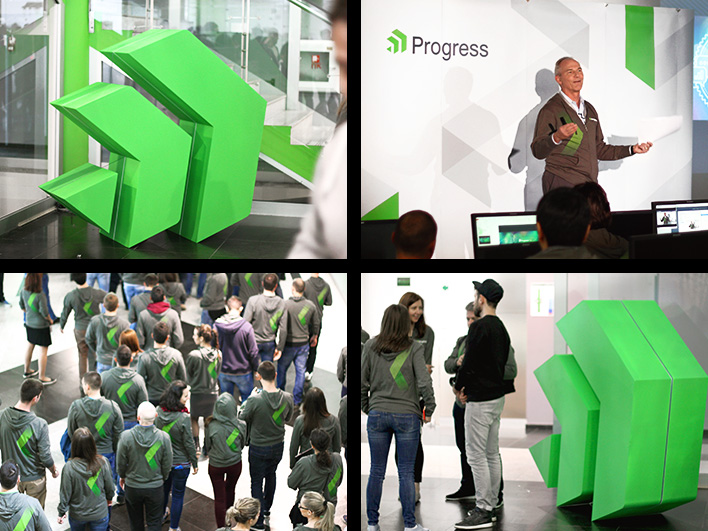 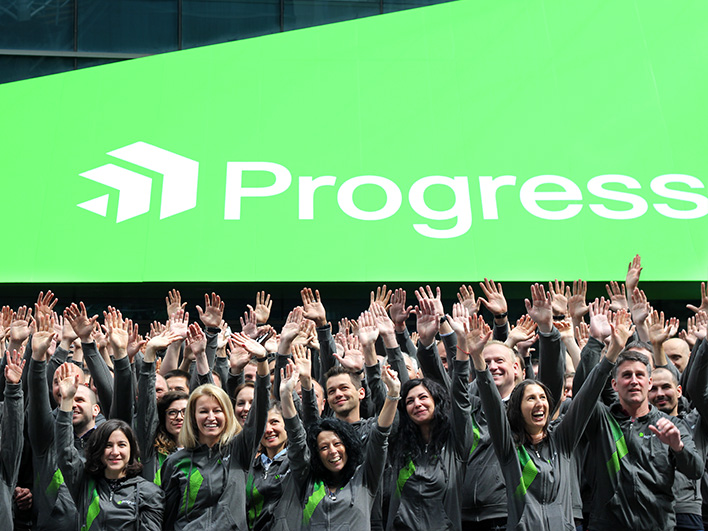