Starz Entertainment today unveiled a $25 million brand and marketing initiative that will include a new logo, a new on-air look and an integrated advertising campaign on-air and online. The aim of the campaign is to drive home the company's passion to bring the best entertainment experience to its viewers with a variety of different programming across multiple Starz delivery platforms.

The "Are You Ready?" year-long brand campaign is the company's largest long-term brand investment since 2002. The new identity runs across the six Starz standard definition and the four HD channels. The new logo and tag line will roll out in on-air image, cross channel spots, trade marketing, national broadcast, cable television and online campaigns.

"The new brand campaign is the culmination of an evolving process for Starz," said Nancy McGee, senior vice president, marketing, Starz Entertainment. "Clearly we are not the company we were 18 months ago. We've invested in new and exciting ways to entertain and engage our audiences, from the production of our new original series to first-run theatrical movies from Overture Films. We are the ultimate source for a commercial-free premium movie experience. This long-term brand investment was a natural next step and signifies our strong commitment to deliver the best entertainment experiences for our customers."

The "Are You Ready?" brand campaign concept was designed to create anticipation for the magic that happens when a viewer turns on Starz to experience the channels' content which includes compelling original programming, a robust selection of first-run movies, and premium movies on the Starz channels and platforms. These platforms include Starz On Demand, Starz HD On Demand and Starz Play.

"This new brand campaign embodies our commitment to bring the best entertainment choices to our subscribers," said Starz Entertainment Vice President Marketing Communications and Consumer Strategy Kelly Bumann, who spearheaded the brand campaign. "The tagline is an invitation to our subscribers to be entertained, with lots of premium program choices, any way and any time they want it."

The new brand and logo will be employed by all Starz companies, including Starz Media and its subsidiaries Starz Animation and Starz Productions. It will also be used to identify Anchor Bay Entertainment, Manga Entertainment, Film Roman and Overture Films as Starz companies. "The use of a common Starz logo for all our companies," McGee said, "emphasizes that we are a fully integrated media company able to produce all types of programming for distribution across all platforms worldwide. We look forward to continuing the integration of our consumer marketing as appropriate to drive home the message that the Starz name means high quality entertainment no matter where the consumer finds it." 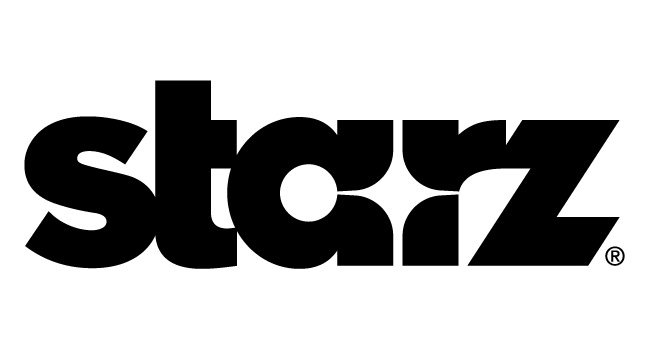