In this way, an emphasis on Sweden’s distinct linguistic heritage is balanced by the country’s well-known tradition of openness to the world and respect for other cultures. “We chose not to use ‘Sweden’ as our textual mark,” says Joakim Norén, Brand Director at the Swedish Institute, a government agency. “Every time we use ‘Sverige’ we have an opportunity to tell the world something about ourselves. And by also using the local name for Sweden, we can connect more deeply via a person’s mother tongue, rather than through their second or third language.”

Sweden Sans typeface
A third major identity element helps to further differentiate the textual mark — a specially developed typeface, ‘Sweden Sans’, to be used exclusively in the context of Sweden’s identity. “We began by searching for fonts with clean Scandinavian lines, but when we saw the licensing costs for an assignment of this size, we realized it would be cheaper and more fun to develop our own,” says Jesper Robinell, Design Director at Söderhavet. “So we partnered with Sweden’s best-known font designer, Stefan Hattenbach, to design Sweden Sans.”

Process
The new identity was commissioned by the Council for the Promotion of Sweden (‘Nämnden för Sverigefrämjande i Utlandet’, NSU), made up of five government agencies with a mandate to promote Sweden abroad — the Ministry of Foreign Affairs; Visit Sweden; the Ministry for Enterprise, Energy and Communications; Business Sweden; and the Swedish Institute.

Although these organizations work together to promote Sweden, they have until now used their own identities when communicating abroad, which sometimes leads to a fragmented impression of who speaks for Sweden. The new global brand identity solves this problem.

“Sweden’s nation-branding work has long been based on a common communications platform,” says Frida Roberts, head of digital communications at the Swedish Institute. “What we lacked was a common visual identity to properly anchor it.”

Söderhavet was chosen for the project after a public procurement process that included a final judging round of five anonymized pitches by some of Sweden’s leading design agencies.

Features
Many of the ideas in Söderhavet’s winning pitch survived to become features in the new global brand identity:

Flexibility and scalability: Sweden’s identity elements are grouped hierarchically; simple rules determine when and how these elements are used together. This provides a system that works in a wide variety of contexts and on many different scales, from a single logo to a full brand identity program for major promotion projects.

Compatibility: The new identity is designed from the start to be channel- neutral, maximizing its usefulness, now and in the future. Colors and fonts are optimized for both screen and print. Design templates define avatars for use in social media. Some prioritized elements, such as the flag and the ‘Sverige’ textual mark, are designated for long-term use, while other optional elements are intended to be refreshed periodically. The ‘Sweden Sans’ typeface natively supports Arabic and is compatible with various Asian font faces.

Dynamic updates: Brand identities have traditionally been delivered as static documents, where subsequent updates can lead to versioning issues. To solve this problem, Söderhavet has developed the Sweden Identity Toolkit — a web-based service that provides an authoritative and up-to-date central repository of identity components, rules, implementation examples and downloads, including code snippets. The toolkit is open to all at sweden.identitytool.com.

Generated elements: One of the optional identity elements is a slanted plane whose angle is determined by a location’s geographic relationship to Sweden. This way, Events can visually display their physical connection to Sweden. Söderhavet has developed an online tool that for any location on Earth calculates the compass bearing to Sweden and then generates the correct slanted plane, ready for download. This tool is coming soon to the Sweden Identity Toolkit.

“We’ve given Sweden some great long-term identity building tools,” says Söderhavet’s Mattias. “In the meantime, this assignment has taught us much about place- and nation branding, and it has really whetted our appetite for more such projects in the future.”

Roll-out
Sweden’s new identity system is now being rolled out in all channels. The most high-profile uses to date are the redesigns of Sweden.se andwork.Sweden.se; upcoming use cases include the redesign ofStudyinSweden.se. The identity is explained in detail atsweden.identitytool.com. 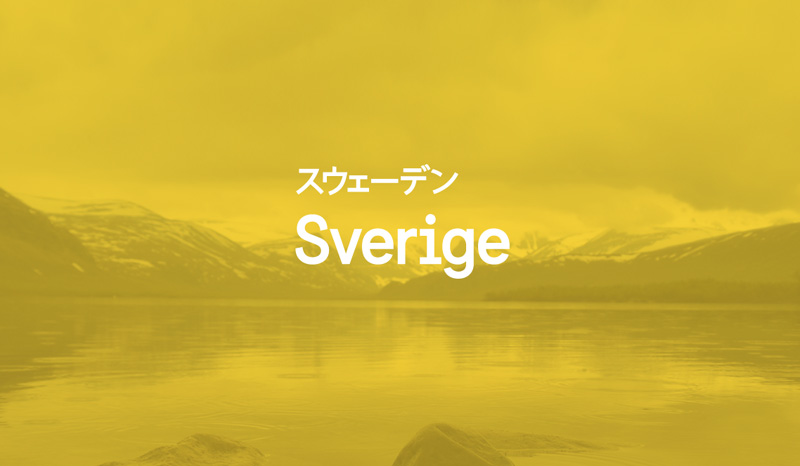 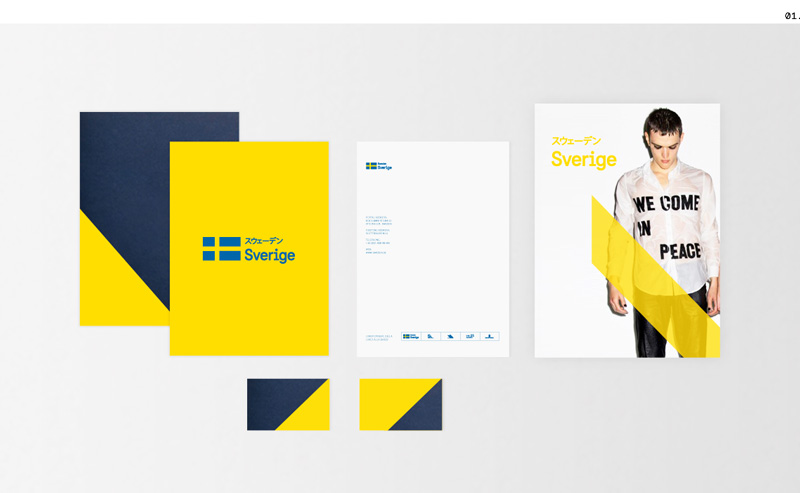 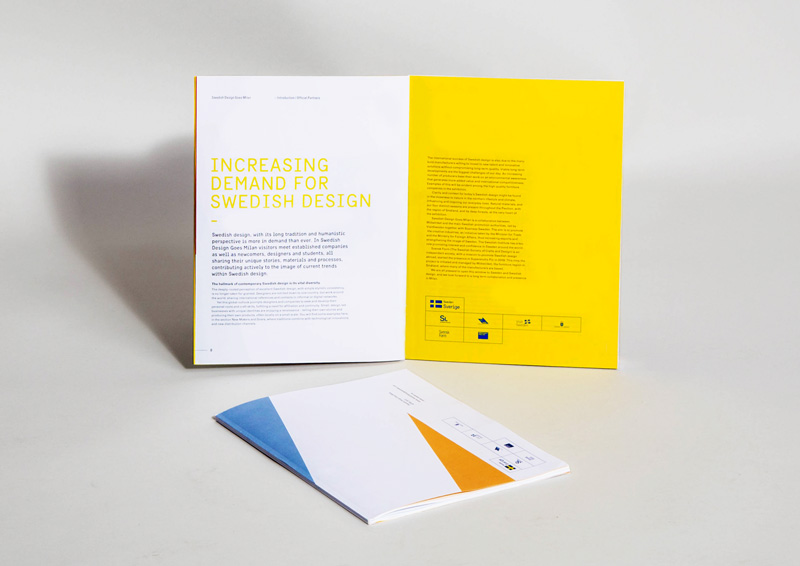 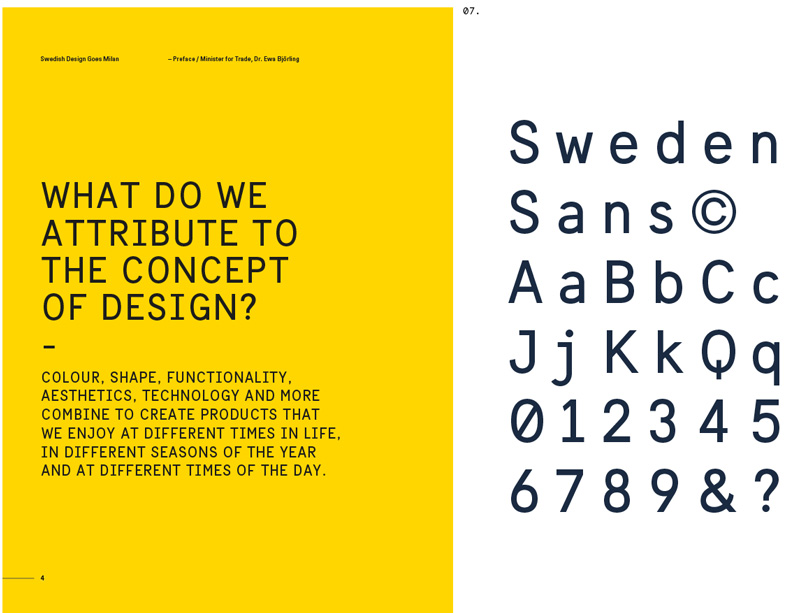 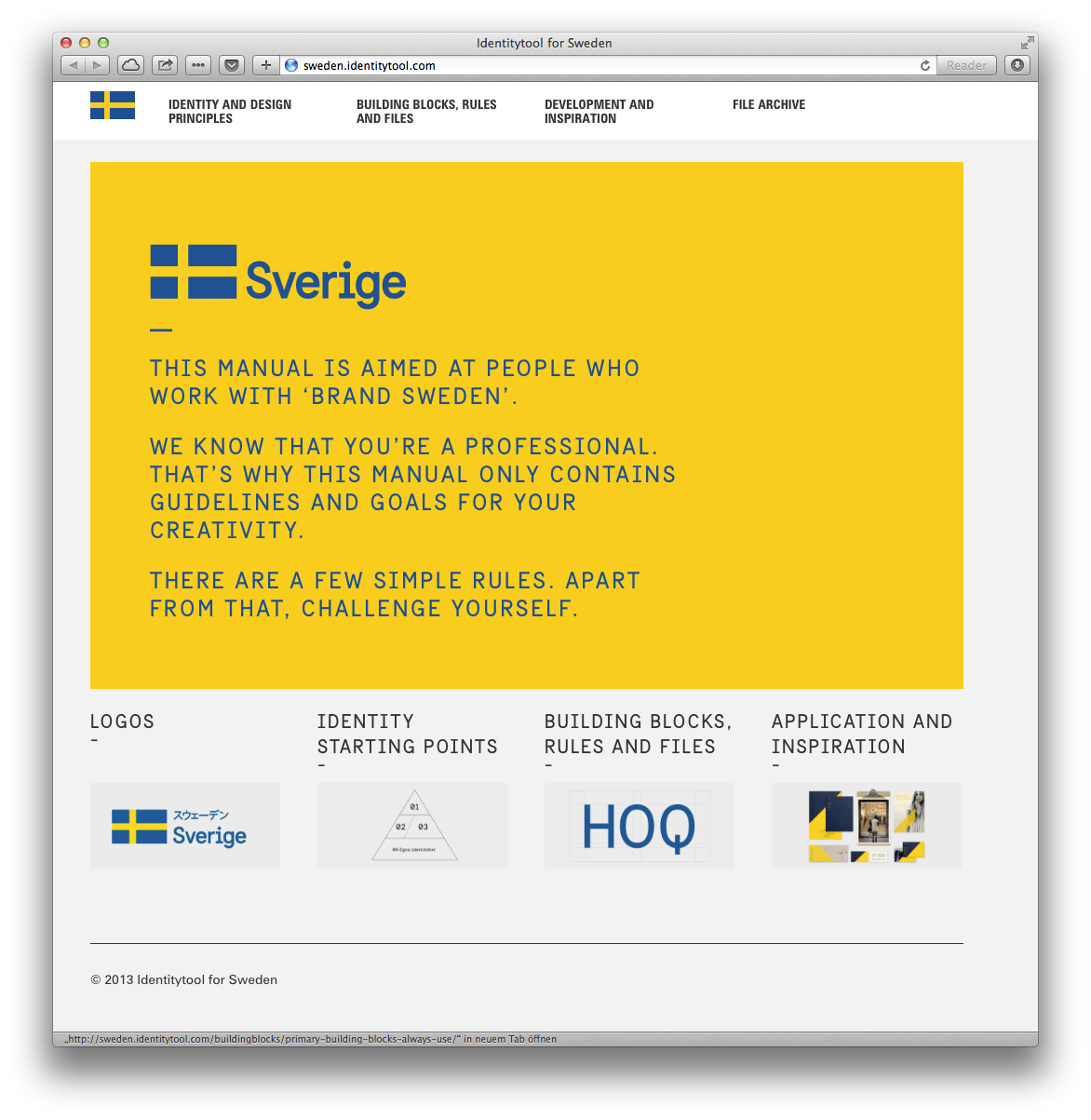