Swisscom blue: A new era of entertainment in Switzerland.

In early 2020 Saffron was engaged by telco group Swisscom on the creation and development of a digital entertainment suite. Over the past years, Swisscom has been growing its entertainment portfolio to encompass TV, News, Cinemas and Gaming, operating partly within the Swissom universe and partly under independent brands. We partnered with their Corporate Branding team to unify these offers into one product and develop a brand architecture and design system to underline its uniqueness.

Swisscom is colloquially known as “the blue giant”. An association going back to when the state-owned company entered the Internet business as “The Blue Window”, which was later changed to “Bluewin”, the Swiss news and email portal still widely popular today. Furthermore, the colour blue is a highly recognisable brand asset for Swisscom. It was only natural then to anchor the newly bundled entertainment offer under the name “blue” as a homage to Swisscom’s legacy and its history of transformation.

The highly collaborative process kicked off with an in-depth on-site immersion for our team. The high-paced rhythm of the project called for regular on-site working sessions, followed by intensive digital collaboration in order to progress smoothly and engage all business areas and teams impacted by the project.

The key visual thread in the identity is ‘The Gateway’. We repurposed the Swisscom design language of ‘light assets’ into a refined, singular gesture to allow for blue to have a degree of visual autonomy whilst remaining intrinsically part of the masterbrand. The Gateway comprises of two sides—a hard edge which represents the blue platform and an expressive side, out of which an energetic blue light emanates from. This light is the manifestation of the content and emotion on offer from blue. 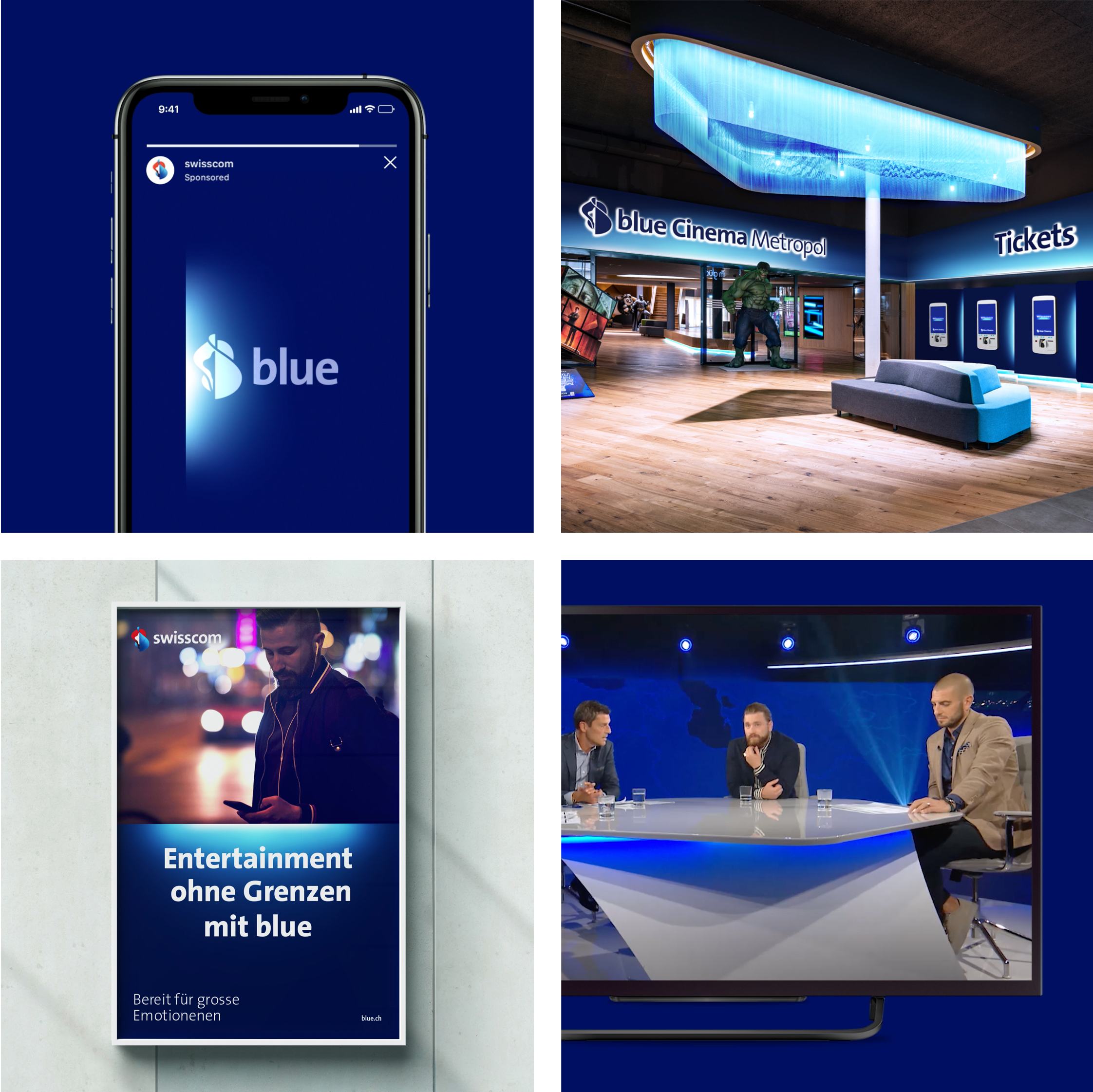