Implemented in close collaboration with Tate Design Studio, North and Tate have developed a refreshed visual identity, to align with their new brand positioning — 'A common space, to provoke debate, to activate people through art’.

When Tate launched its new identity prior to the opening of Tate Modern it was revolutionary and has helped Tate become one of the most recognised and celebrated cultural brands in the world. Today, while the logo is now iconic, the overall system needed greater focus. North were presented with the opportunity to review the visual identity in the summer of 2015 and it became quickly apparent that starting from scratch wasn’t necessary.

Jeremy Coysten, North Partner: “For us to propose getting rid of the identity system entirely would be irresponsible and a selfish act as designers. Instead, we built on the existing brand equity, refreshed and strengthened what was working well.’ While the original system of multiple logos was developed to communicate Tate’s ‘Look again, Think again’ philosophy on print, there was an opportunity to consider how the marque could exist across a range of media.

Stephen Gilmore, North Partner: “We’ve moved from multiple logo variations to just one, simplified to work across all applications. We wanted to create one logo which was still recognisably Tate but could be used more dynamically and exist more effectively in the digital world.”

The project was about the whole of Tate, incorporating all four galleries as well as the digital space. One of the key facilitators of this has been freeing the gallery names from the logo lock up, allowing the different locations to be clearly communicated.

The existing custom typeface, Tate Pro, is also well recognised and although North looked into implementing an alternative, it was finally decided to retain the font but with greater control over its usage. The Tate visual identity will now use only two weights of Tate Pro and an all caps setting is employed for headlines to add a more direct, engaging tone in counter to the rounded qualities of the font.

All new exhibition campaigns, membership communications, catering and retail offerings will carry the new identity, with a colour palette chosen from the Tate Members commission by artist Martin Creed. These colours are designed to be refreshed every few years in collaboration with a new artist.

Rob Baker, CMO, Tate: “What North have created has allowed us to realise the potential of the current identity, ensuring it can exist seamlessly across all platforms in a confident and expressive way.”

The work started to roll out from January this year, culminating with the opening of the new Tate Modern. 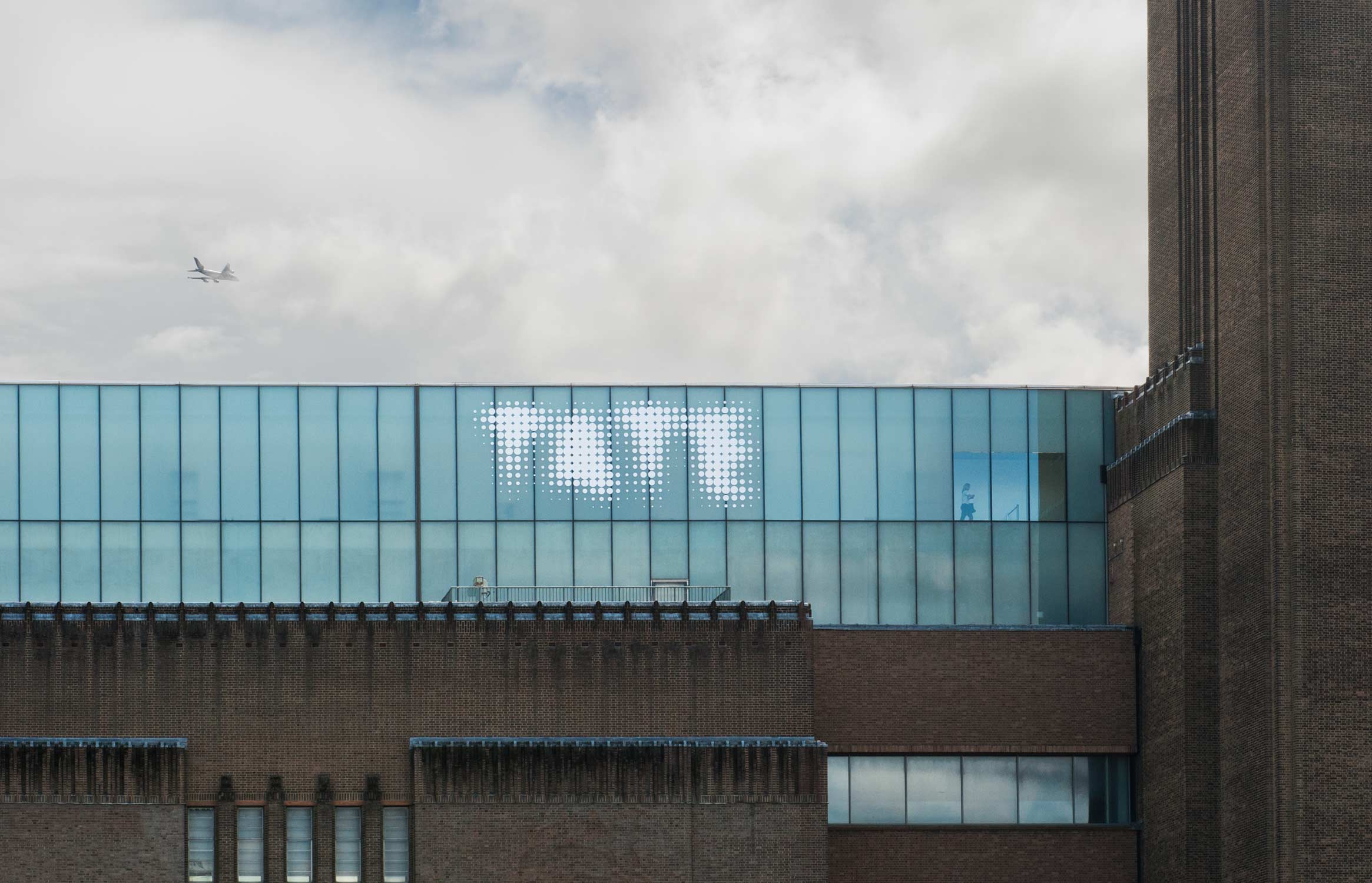 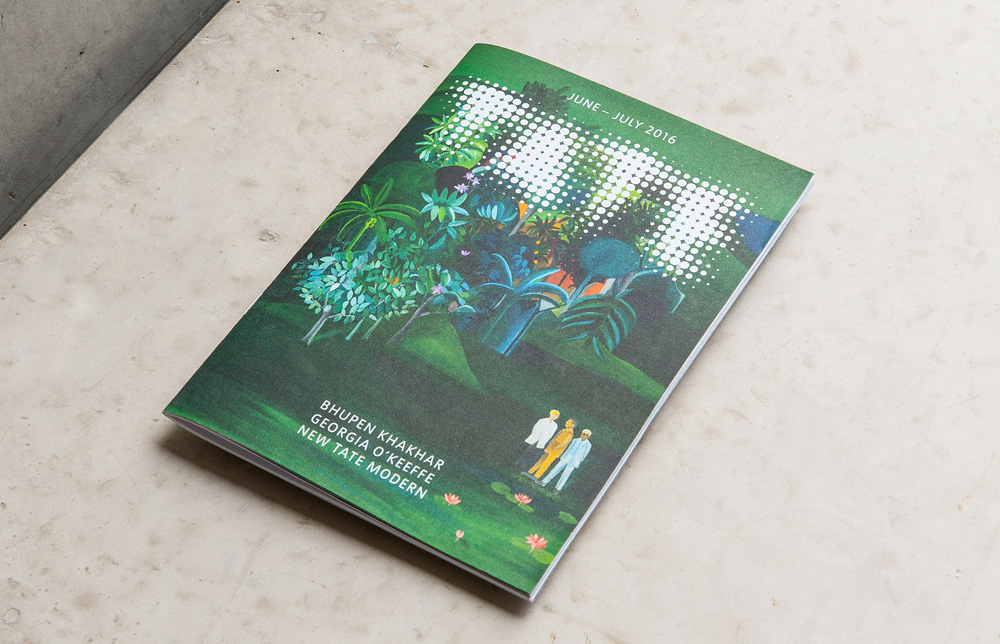 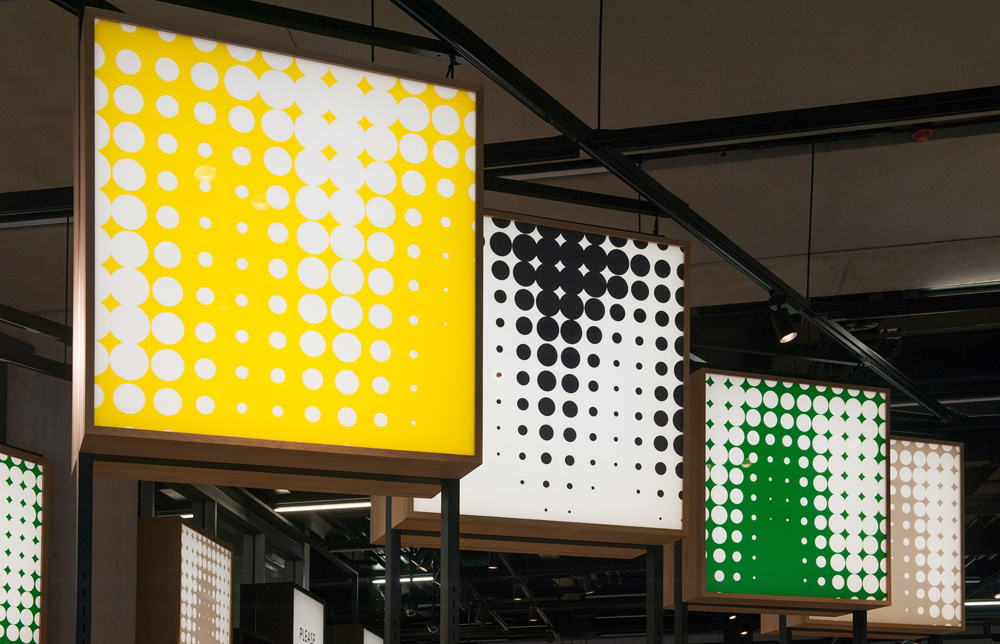 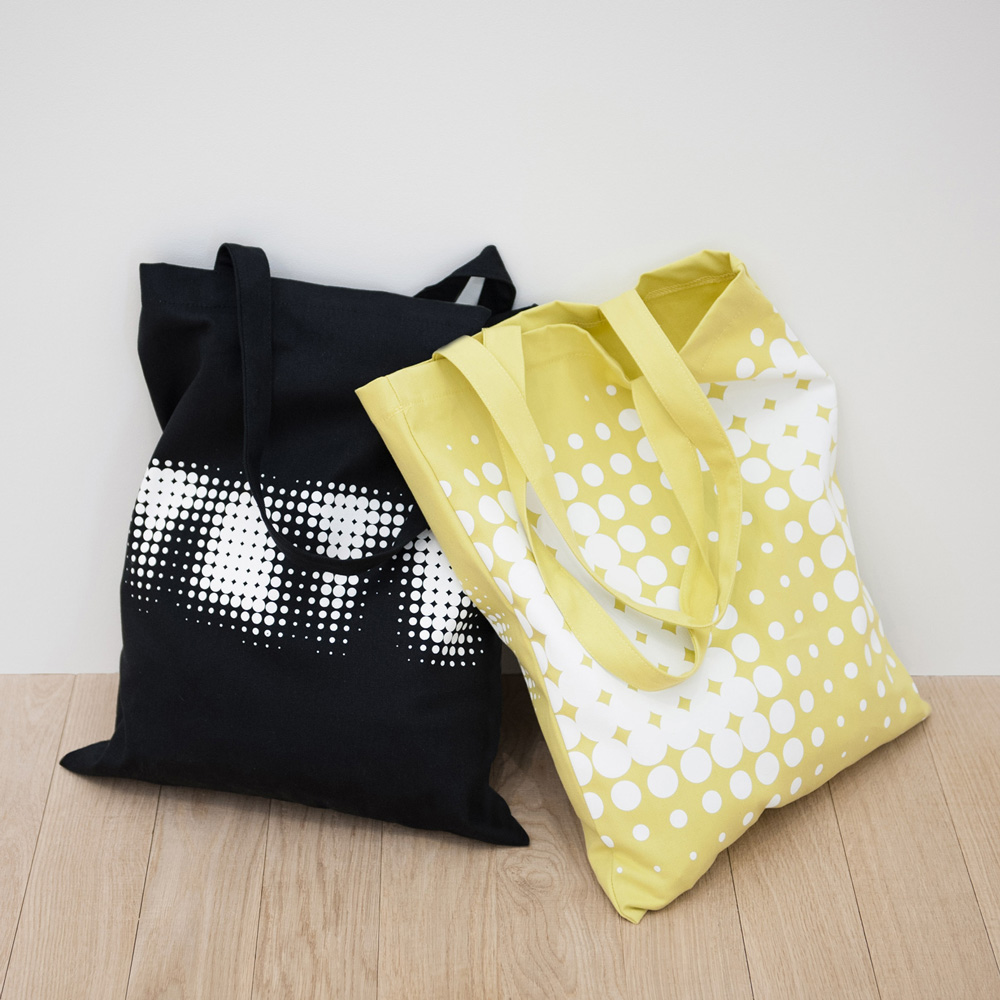 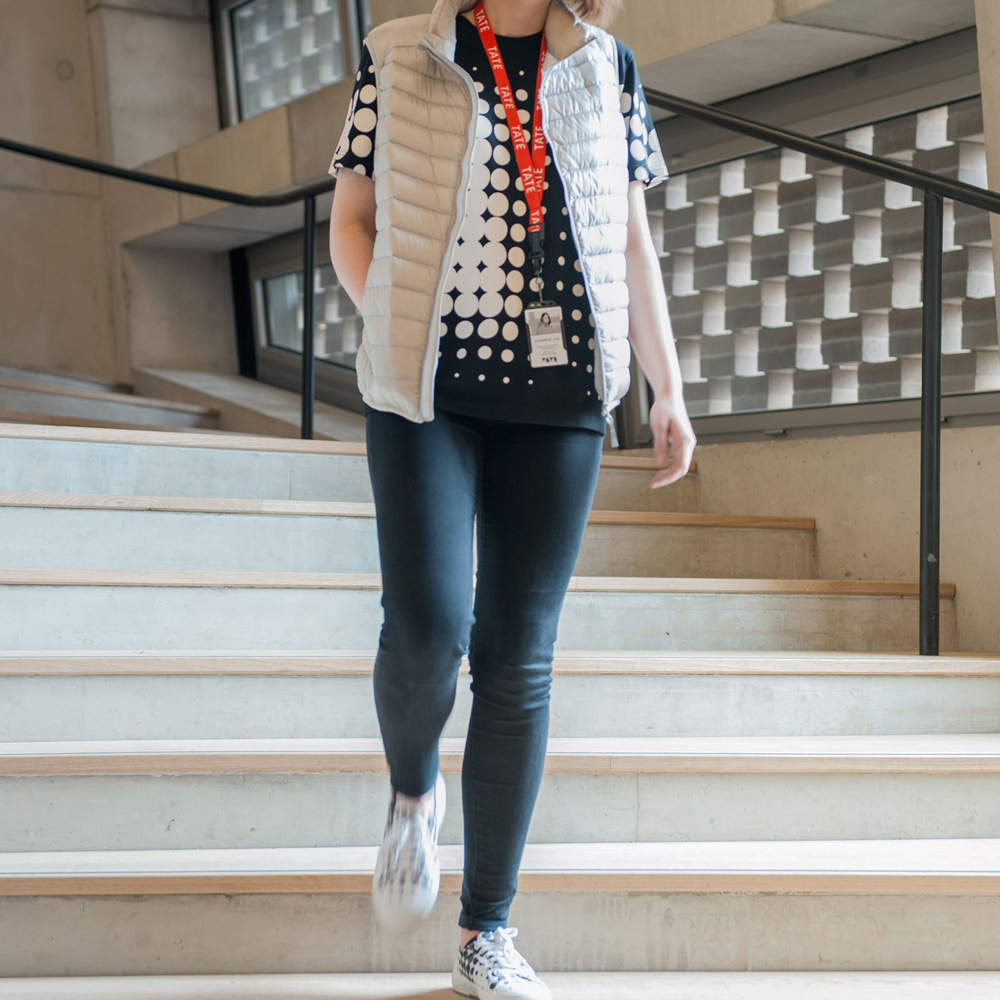 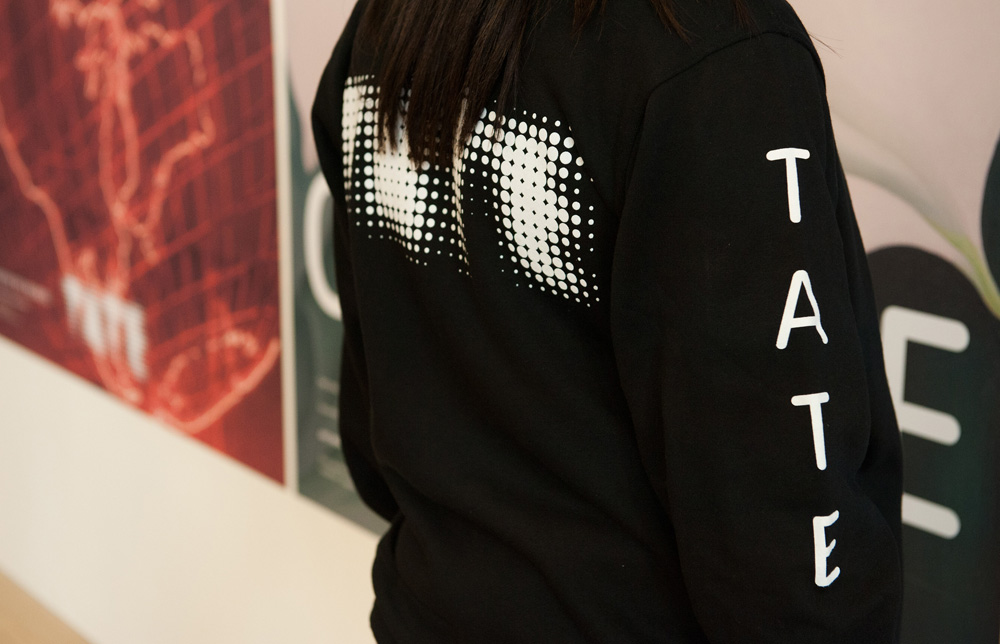 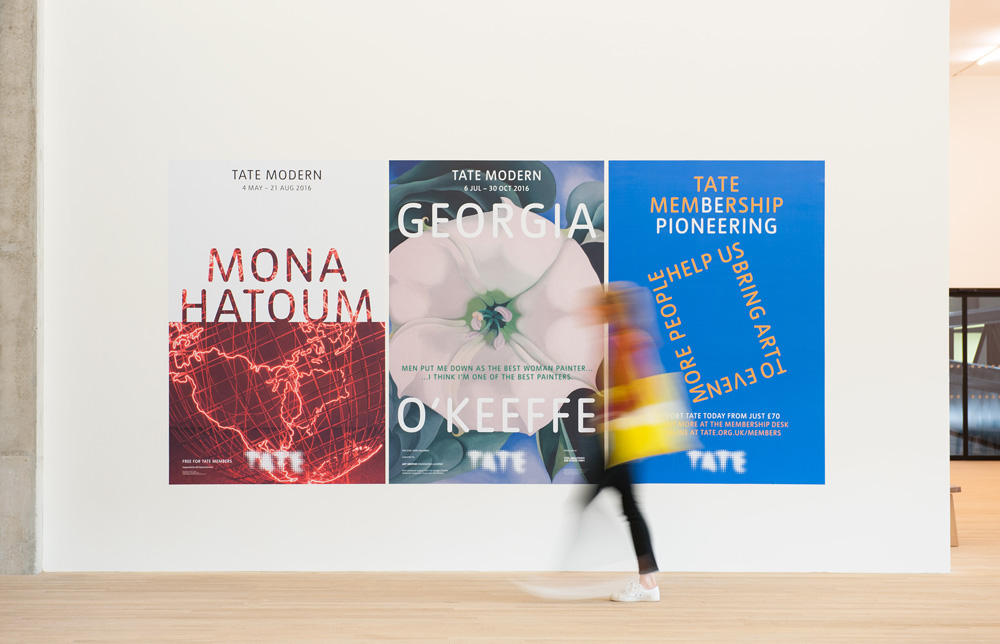 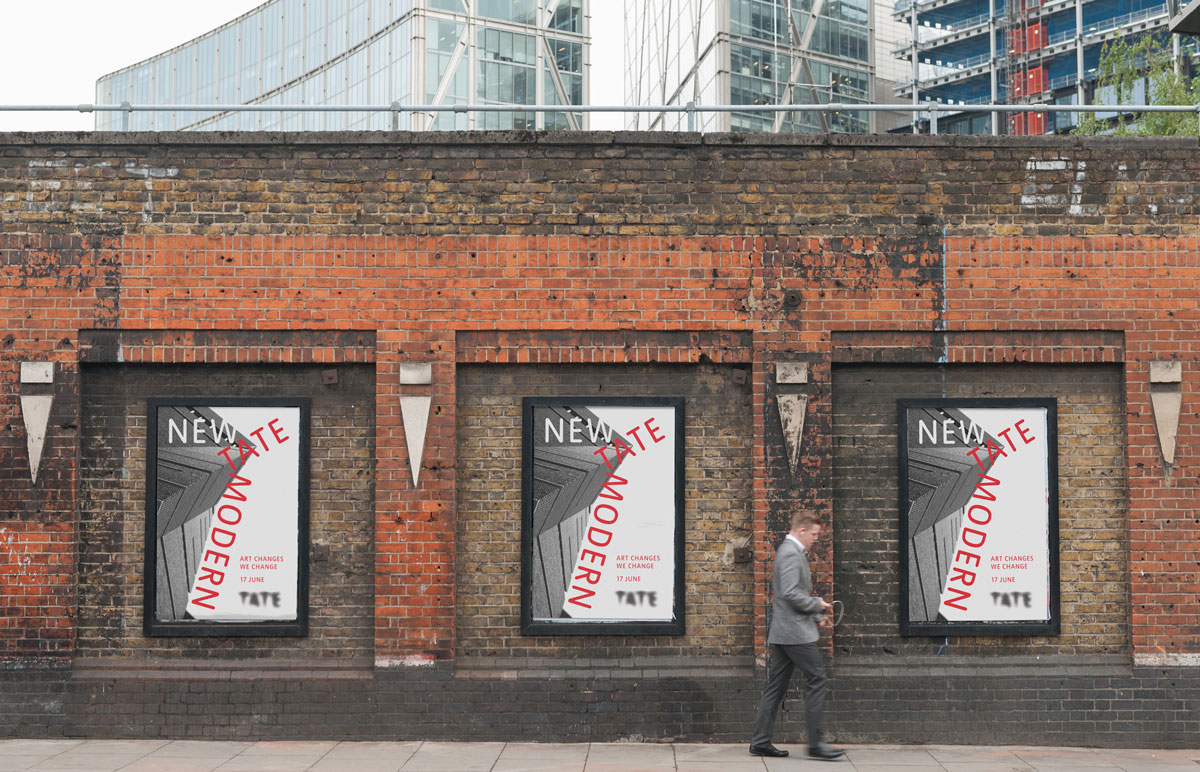