The Brand Union ( www.thebrandunion.com ), the WPP-owned brand strategy and design consultancy, today announced its role in designing the Brand USA identity, America’s first-ever global consumer brand. The agency worked in tandem with the United State’s Corporation for Travel Promotion, newly named Brand USA Inc., to create a new brand identity, name and logo. The identity was announced this morning during the World Travel Market — the leading global event for the travel industry — at London’s British Academy of Film and Television Arts (BAFTA).

According to The Brand Union New York, the new design captures the spirit of the United States: Authentic. Optimistic. Unexpected. Inclusive. Endless Possibilities. It features an arrangement of dots joining together to compose the letters USA. The dots and their varied color scheme are meant to represent the diversity of people and experiences that can be found in the United States. To further emphasize that there is no single, definitive United States, the identity is not tied to a single palette and can appear in a range of color schemes. The logo also displays the URL DiscoverAmerica.com, Brand USA’s official consumer website.   “The United States is a nation of opportunity — created more by the people that inhabit it than the physical country itself — and we wanted our brand to reflect this dynamic,” said Chris Perkins, Chief Marketing Officer of Brand USA Inc.   “The Brand Union created a design and identity that embodies the optimism and energy of the United States, and also reflects the fact that there is no single identifier of the country — every visitor creates his or her own United States.”   Working with JWT, who will be launching a full advertising campaign in March of 2012, The Brand Union was challenged to create a new name and visual identity that would inspire foreign consumers to come visit the United States, ultimately helping to drive job creation and economic growth.

“In designing the identity we wanted to find a logo that was both aspirational and true to the heart of the country; the use of a percolating image encapsulates the energy and optimism that draws people to the United States,” added Wally Krantz, who led the brand identity initiative for The Brand Union New York.   The United States’ first-ever nationally coordinated tourism marketing program was created by the Travel Promotion Act, federal legislation passed in March 2010.

A public-private partnership between the travel industry and the U.S. government, Brand USA Inc. was charged with increasing international visitation to the United States through marketing and promotional efforts to drive economic growth that creates jobs. The organization is led by private industry with oversight from the Department of Commerce and U.S. Congress. The program is funded through a combination of private sector investment and funds collected by the Department of Homeland Security from international visitors who visit the United States under the Visa Waiver Program. No U.S. taxpayer dollars are used to fund the program. Brand USA’s headquarters are located in Washington, DC. 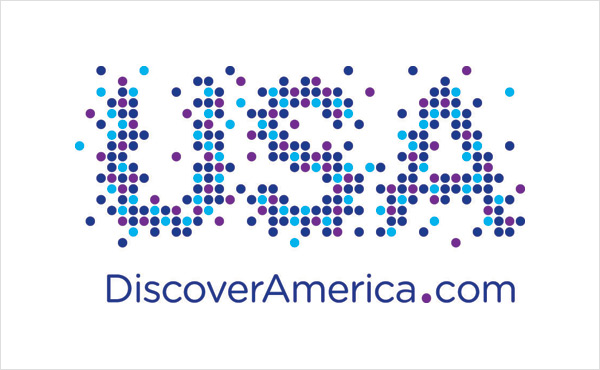