Using custom typography, the identity establishes an iconic brand for The New School as a whole, while also setting apart the university’s different schools, institutes and programs. The identity introduces a groundbreaking bespoke typeface called Neue that is composed of extended letterforms. The typeface is revolutionary in its combination of regular, extended and very extended widths of the same font programmed together and used all at once. The typography embodies the progressive mission of The New School and represents a technological advance in the art of type design.

Scher collaborated closely with The New School to create the system. The university needed an identity that would clearly express the nature of its curriculum, which is integrated, flexible and personalized. The system also had to distinguish the relationship between The New School as a university and its constituent schools. In addition, the identity had to be able to evolve over time, as the university is continuously redefining its programs.

Scher had the idea to create a typographic solution that could be used to differentiate the various schools. The school names are not individual logos, but did need to have their own unique character while remaining connected to each other. To develop the new font, Scher experimented with extending different letterforms for different words. Each letter has been drawn in three widths that are used together seemingly at random. An algorithm has been created to facilitate the use of the three widths in headlines and text. 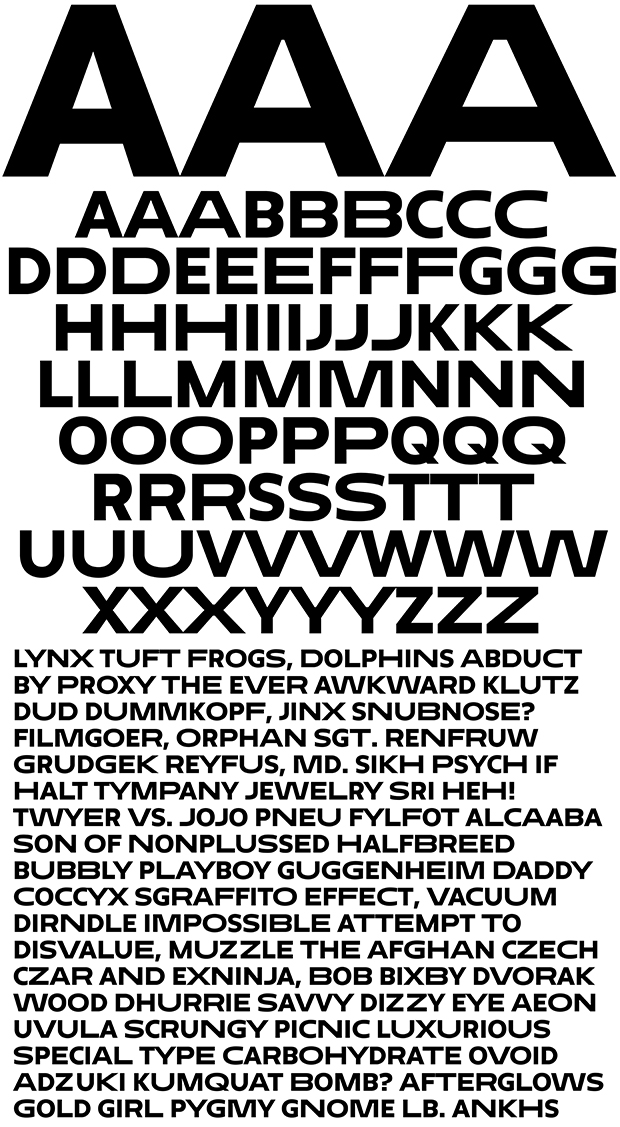 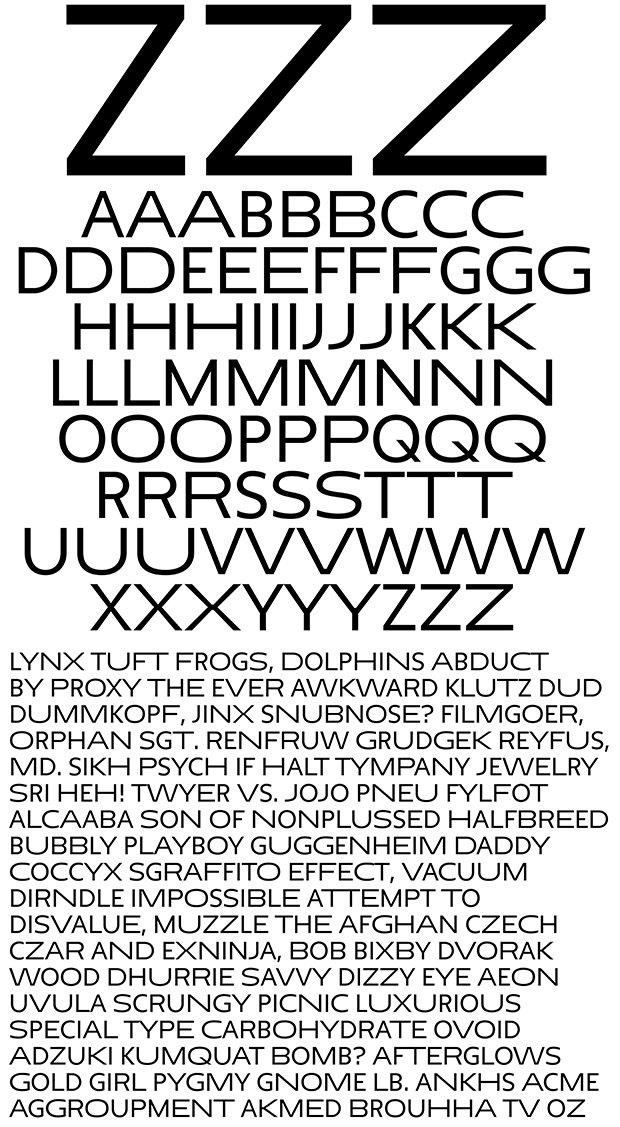 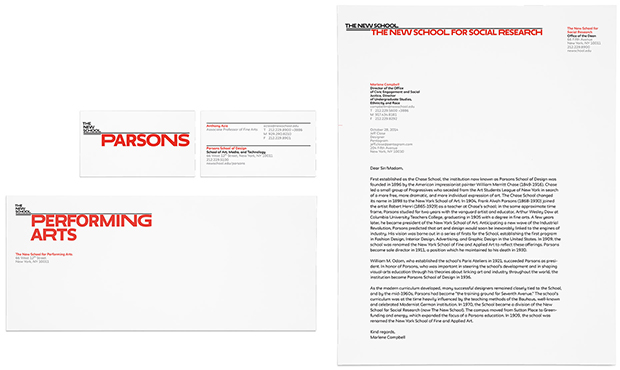 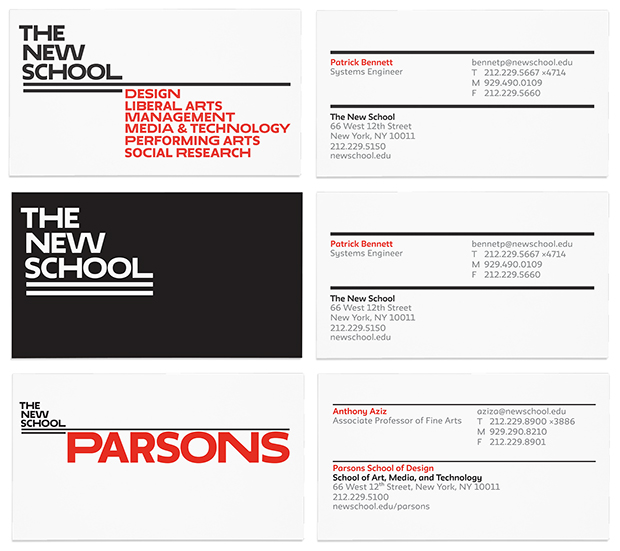 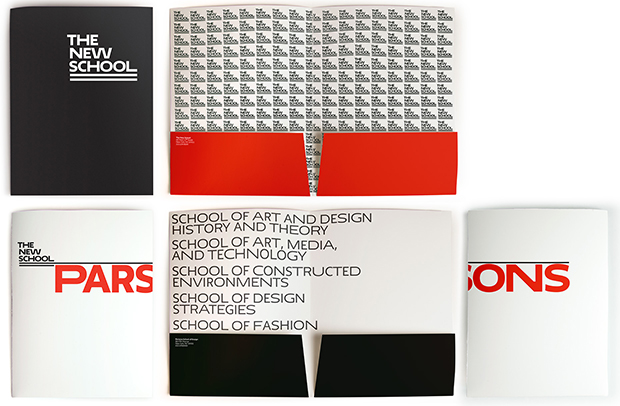 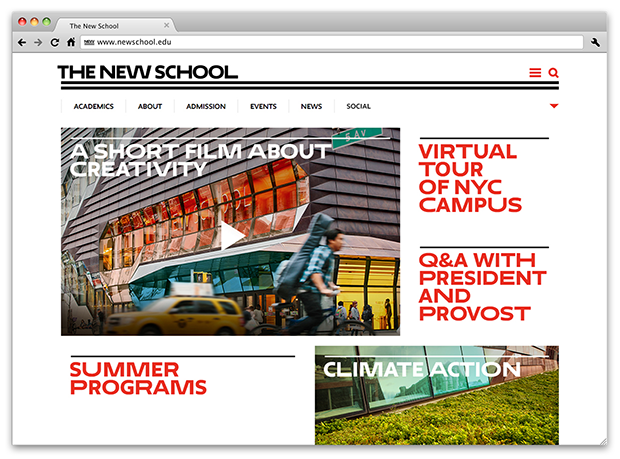 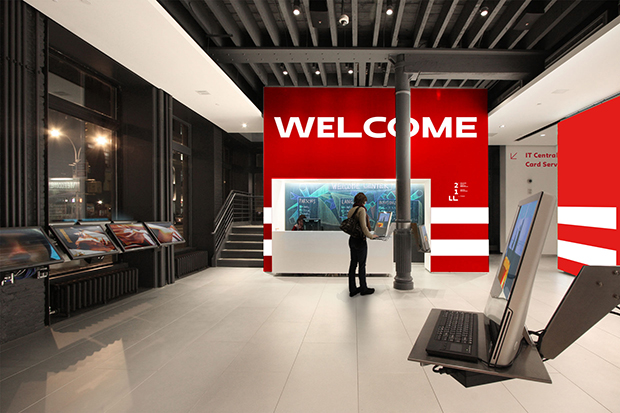 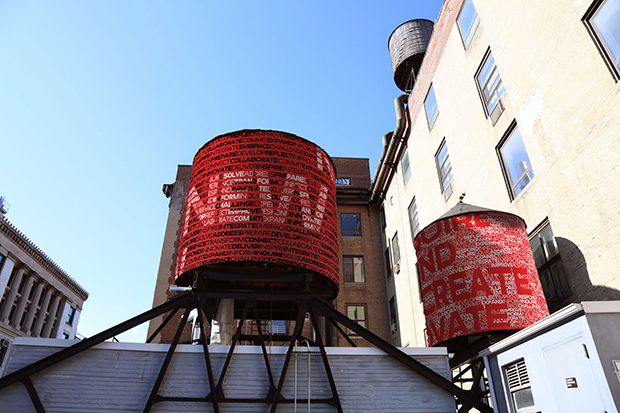