Who do doctors turn to for support? Since 1882, it’s been The British Medical Association (BMA), the doctors’ trade union and professional association. The healthcare landscape in the UK is undergoing seismic shifts, and the BMA had struggled to support the changing demands of its sector, and to communicate with its audience of increasingly younger, female or overseas-trained doctors.

As part of an organisation-wide transformation, the BMA invited Moving Brands to help it become an organisation that is relevant for all doctors. Over two years, we supported the transformation by restructuring the BMA’s products and services around members’ needs, reinvigorating the identity system, and by creating clear principles for how the BMA looks, speaks and acts.

The BMA leadership were resolute that in order to reconnect with their audience and continue to support them long-term, the organisation needed to fundamentally change. The transformation programme needed a primary focus on members, explicit organisational values, and a clear organisational strategy and operating model.

Defining the future of the organisation
Core to the transformation was defining the purpose, vision and values of the organisation, that would be used to drive strategic priorities, policy decisions and the membership offer. We regularly met with 90 key stakeholders, as well as a broader group of 200 people, to gather inputs.

In an environment of ongoing public scrutiny into the work of the health service, and doctors in particular, it became clear that the new BMA needed to be a more public-facing organisation, which helped us define their mission as ‘We look after doctors so they can look after you’.

Creating a flexible identity system
Refreshing the BMA’s visual identity system helped to signal the many changes happening internally to revitalise the organisation. We created an identity fit for the BMA’s future – one that works as comfortably on-screen as it does in print. The identity system aims to make information from the BMA much clearer for members. We also developed a wider range of visual expression, to allow the BMA to speak to different audiences in the most appropriate way.

Embedding the brand
We interpreted the values as short actionable statements, to guide how the BMA looks, speaks and acts. These behaviours were embedded through workshops so that anyone representing the BMA – through design, in writing or in person – understood how the values were made real. 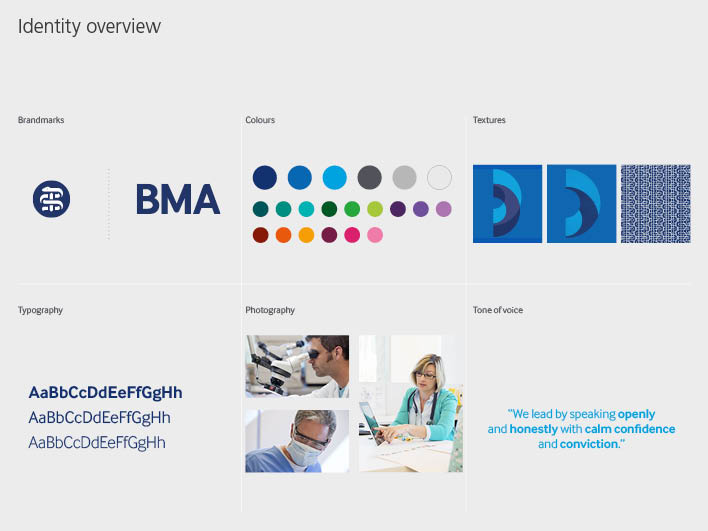 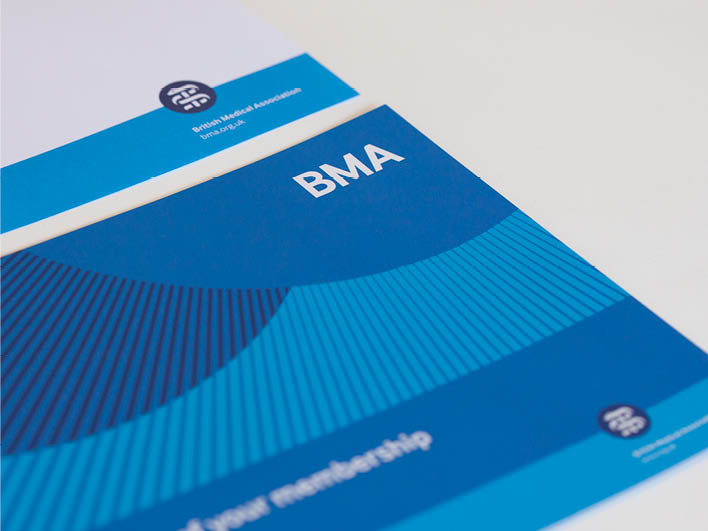 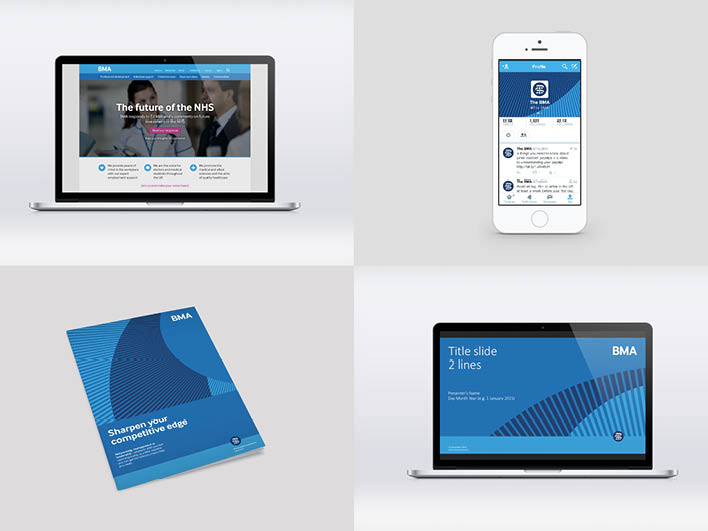 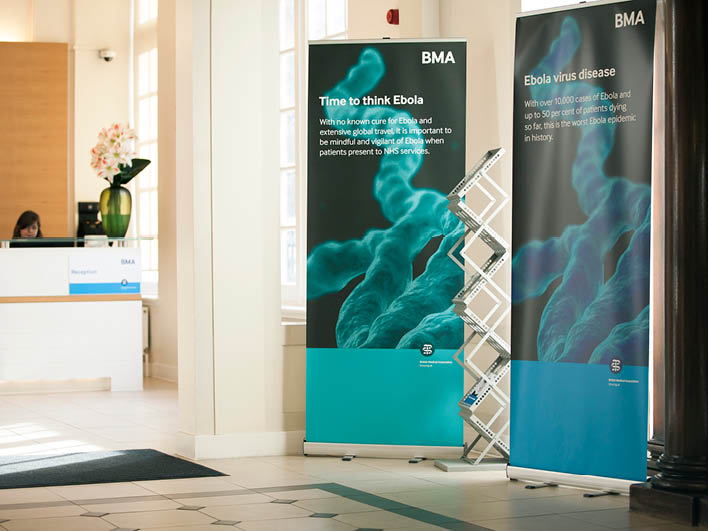