Since its founding in 1993, the U.S. Green Building Council has established itself as the nation’s leading advocate for sustainability in the built environment, most prominently as the developer of the now-ubiquitous LEED (Leadership in Energy and Environmental Design) standards. As the group’s largest chapter, the U.S. Green Building Council New York Chapter has enjoyed considerable influence not only in metropolitan New York, but as a model for sustainability in cities around the world. But despite its considerable success, the chapter suffered an identity crisis, being frequently confused with the national organization and saddled with a ponderous, unpronounceable eight-letter acronym.

Pentagram worked with the USGBCNY’s leadership and board to create a new name and a new graphic identity. The new name, Urban Green, emphasizes the institution’s considerable expertise in city-based environmental issues while evoking the secondary meaning of “green” as a city commons. The graphic identity evokes the density of urban life and the city blocks of Midtown Manhattan. The geometric Urban Green identity is meant to complement and coexist with the handsome USGBC seal, designed by Stephen Doyle.

The graphic identity extends to all the group’s communications, from its website to print publications. It also has the potential to serve as a visual call to action for environmental awareness in any urban area around the world. 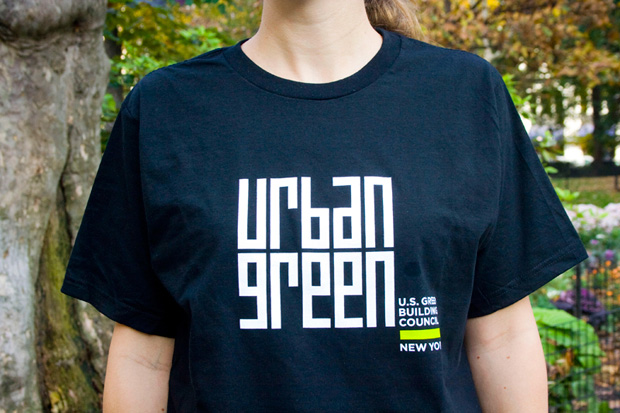