European Sign Language Centre (ESC) is a non-profit organization promoting access to and use of sign language. One way they are doing this is by documenting all the different sign languages in the world and making them accessible through a digital service, called spreadthesign.com. Essentially, a global online dictionary for the hearing impaired. Kurppa Hosk supported the initiative by creating a distinctive visual identity for Spread the sign, including a specially designed typography with icons for every letter in the sign-language alphabet.

The number of hearing-impaired people in the world is estimated at 70 million. However, there is no universal sign language – people from different parts of the world cannot automatically understand each other. In all, there are hundreds of different sign languages. To facilitate communication between these communities – and between the hearing impaired and their close ones – European Sign Language Centre (ESC) is now documenting all the different sign languages in an online database called spreadthesign.com. So far, ESC has documented 200.000+ words in 25 countries. Kurppa Hosk was asked to create a brand platform and a visual identity for the Spread the sign initiative.

The brand platform that Kurppa Hosk defined, offered a clear direction for Spread the sign. The over-all mission was defined as to give everyone the right to a language. Selected core values were humanistic, action-oriented, and innovative – which also became important key-words for the design.

The inspiration for Spread the sign’s visual identity came from the most essential tool for sign language – the hand. The logotype symbol is a play with the hand’s anatomy. Just like fingers take different positions for different signs, the logotype symbol is dynamic and can take on different positions. Kurppa Hosk also developed a proprietary typography for Spread the sign. This, as well, was based on the hand; the octagonal shape of a slightly open fist became the basis for shaping each letter. The typography also included icons for all the letters in the Swedish sign-language alphabet.

The result is a modern and aspiring visual expression that challenges common wisdom on handicap tools and perhaps also on the hearing impaired. The design appeals to the mostly young target audience that uses the online tool. As ESC is a non-profit organization, the visual identity will be implemented gradually in Spread the sign’s communication materials – as well as in the online tool. Kurppa Hosk was proud to win a special merit for Spread the sign’s typography, awarded by the Tokyo Type Directors Club in 2014. 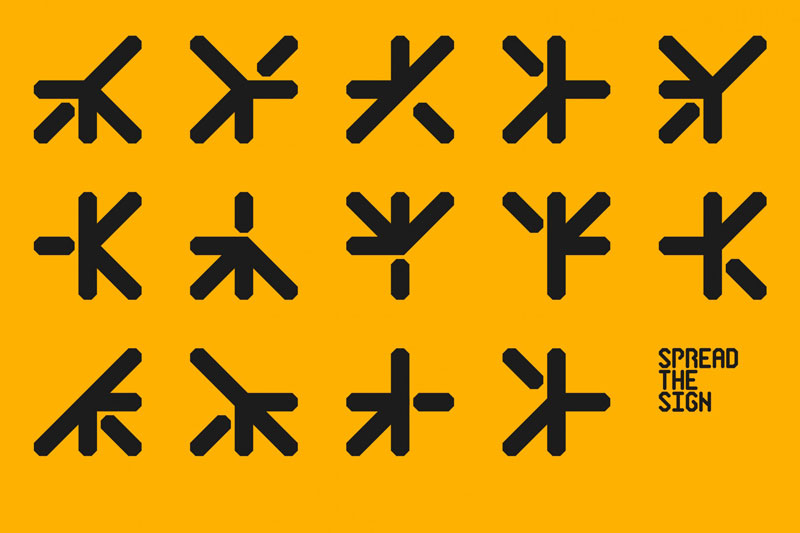 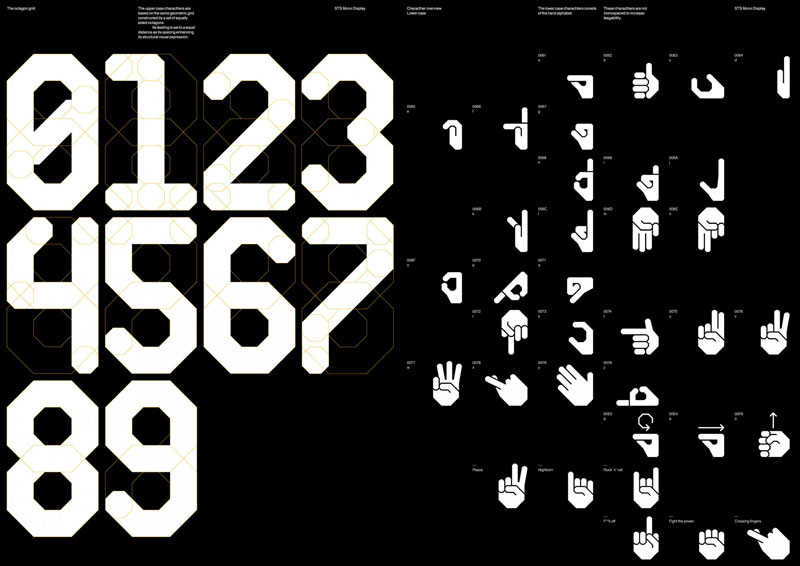 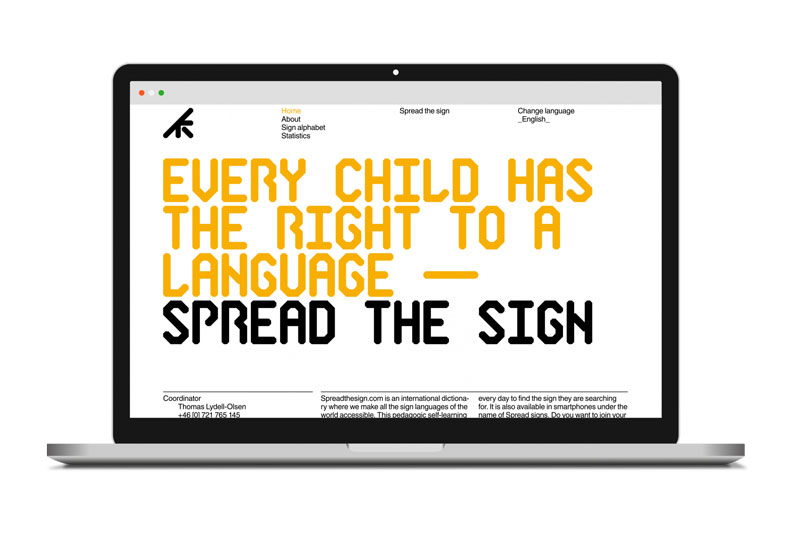 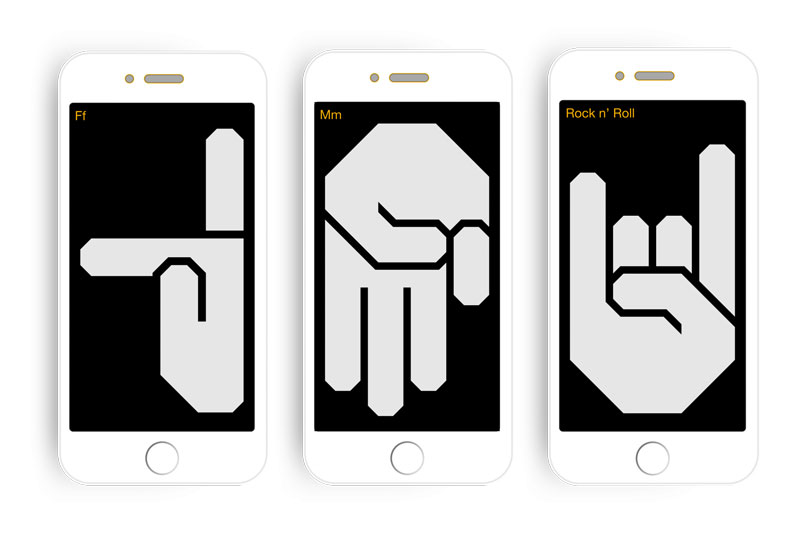 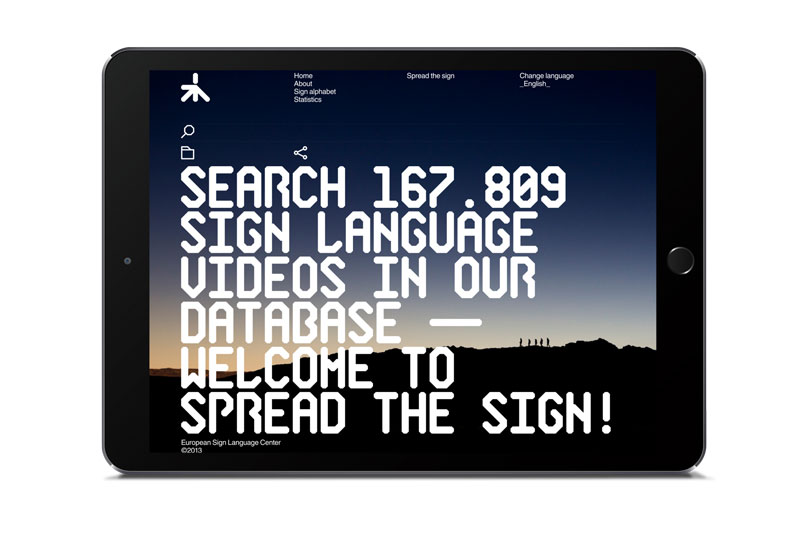 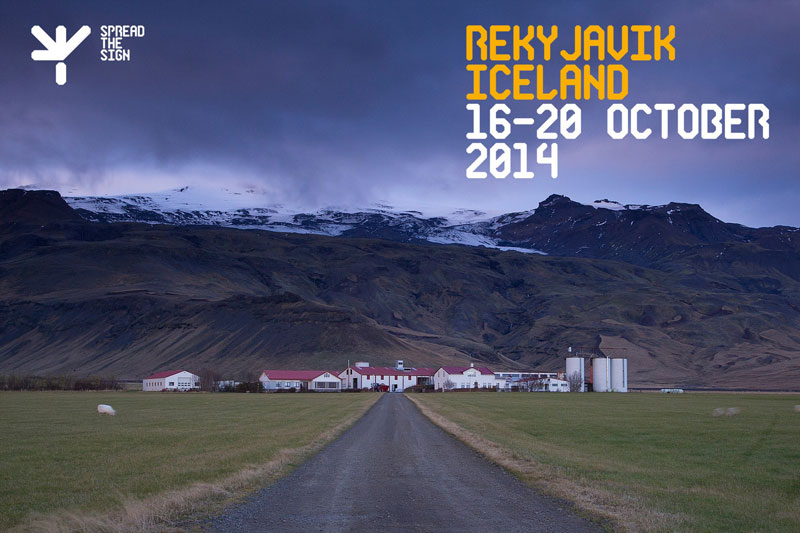 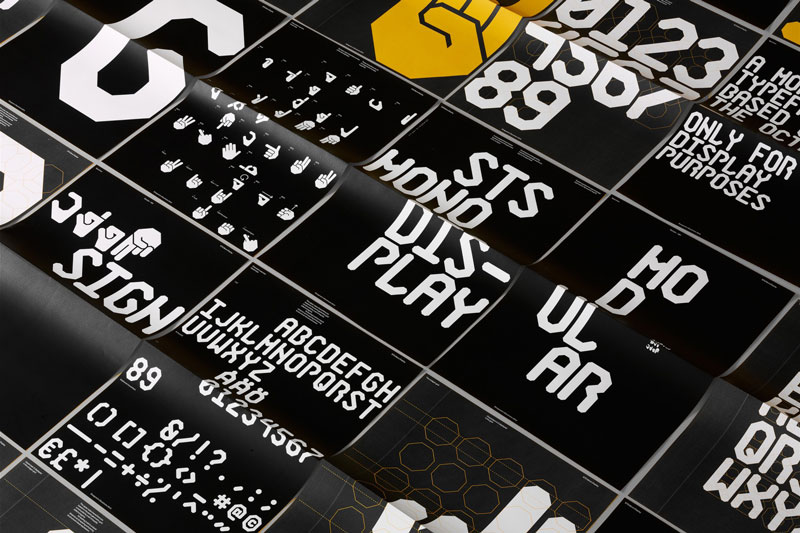