WIPO unveiled its new logo on April 26, 2010 – a date which marks the 40th anniversary of the entry into force of the WIPO Convention and the 10th anniversary of World Intellectual Property Day. The new logo forms the cornerstone of a new visual identity for the Organization, in line with the new directions being taken to keep pace with the rapid evolution of intellectual property in the 21st century.

The new logo reflects the Organization’s dynamism and innovative spirit, and is a powerful symbol of WIPO’s revitalization and strategic reorientation. It is based on a graphic representation of the WIPO headquarters’ building, an iconic structure familiar to all WIPO member states and stakeholders. The color blue links the Organization with the United Nations. The seven curved lines represent the seven elements of IP, as set out in the WIPO Convention:

inventions in all fields of human endeavor,

protection against unfair competition, and all other rights resulting from intellectual activity in the industrial, scientific, literary or artistic fields.

The gathering sweep of the curves is inclusive - WIPO is an open forum, welcoming all stakeholders and points of view. The dynamic, upward pitch of the curves represents ideas, movement, and the progress which comes from innovation and creativity. This rests on a strong foundation, the name and acronym of the Organization, representing its long-standing role at the center of international IP policy. The logo’s clean modern lines reflect the trust, reliability and efficiency which are key to WIPO’s corporate image. 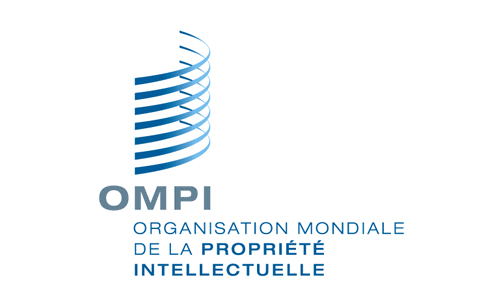