Through a landmark process initiated by Beiersdorf, Interbrand has unified the design of the various NIVEA brand logos.Over the years, Beiersdorf’s NIVEA brand has successfully established itself in new segments and areas of application. On Interbrand’s 2009 Best Global Brands ranking, just released September 18, NIVEA is one of the few German brands whose value increased in 2009. The brand has grown over time and has been accompanied by a variety of platform and range concepts, resulting in a large number of different NIVEA logos.Two of the logos designed by Interbrand (NIVEA and NIVEA for MEN) will be gradually rolled out over the entire portfolio. This step will not only harmonize the many NIVEA sub-brands, but will also represent a tangible visual consolidation of the NIVEA brand at POSs worldwide.“As a global personal care brand, NIVEA needs a compelling image that is clear, simple, and effective,” explains Franziska Schmiedebach, Head of Global Marketing at NIVEA. “NIVEA and NIVEA for Men are strong brands and require strong, clear identifiers in order to remain firmly established in consumers’ minds in future. The new logo reflects our claims: modernity, the brand’s cosmetic values, and innovation.”The traditional NIVEA lettering that is familiar from tins of NIVEA Creme has been retained as part of an evolutionary approach that has preserved the logo’s concise typography. This lettering forms the visual common denominator for the two new NIVEA logos. Nevertheless, the basic design of the NIVEA and NIVEA for Men logos is clearly aligned with the preferences of their target groups: the universal NIVEA logo, which is aimed at a predominantly female clientele, is harmoniously and elegantly curved and features the subtle use of silver, while the strikingly accentuated NIVEA for Men logo reflects masculine precision and modernity both verbally and visually. 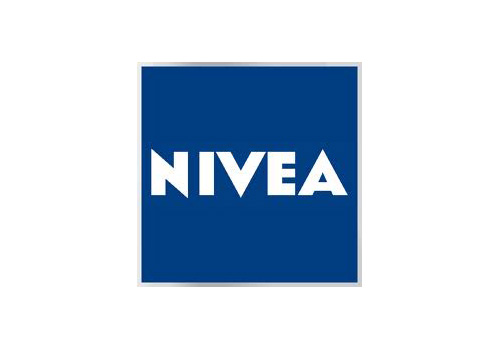