A former printing factory originally built in 1910, The Printing House in New York’s Far West Village is an iconic landmark of the area’s industrial past. First converted to condominiums in the 1980s, the building has relaunched this year with a new renovation that transforms many of its units into luxury loft-style residences. Pentagram’s Luke Hayman and team have created a brand identity and marketing campaign for The Printing House that plays off its origins to position it as a chic, contemporary place to live in one of the city’s most desirable neighborhoods. Pentagram partner Emily Oberman collaborated with the team on messaging, writing and creative direction for the advertising.

The designers worked closely on the project with Corcoran Sunshine Marketing Group and the building’s developer, Myles J. Horn, who specializes in renovating and repositioning existing properties. The new conversion reconfigures 104 of the building’s 184 existing condominiums into 60 larger residences designed by the award-winning architectural firm workshop/apd, with a private mews designed by Gunn Landscape Architecture. Taking its cues from the renovation, the branding highlights The Printing House as, in the words of the campaign tagline, “A Revolution in Industrial Luxury.”

Hayman’s graphics employ a variety of motifs and techniques associated with printing that tie into the building’s heritage. These include embossing and debossing, and the symbol known as the printer’s fist or manicule, the little hand icon historically used by printers to direct a reader’s attention to something of note. The color palette is an elegant black and white, with bright yellow for a bit of hipness. The identity’s logotype is set in the serif font Eudald News Bold, and the tagline and body copy appear in Figgins Sans. Wood type is used for accent points, like the unit numbers on floorplans.

The centerpiece of the campaign is a lavishly produced, saddle-stitched marketing brochure that features actual photographs of the finished interiors—as opposed to the digital renderings so often used in real estate marketing—shot by Pieter Estersohn, as well as images of the building’s West Village neighborhood photographed by David Leventi.

The printer’s fist appears throughout the campaign, playfully pointing out listings in a series of advertisements in the newsprint pages of The New York Times Real Estate section, as well in glossy ads inThe New York Times Magazine, New York magazine, and other publications. The hand is also used for directional signage for the sales center at The Printing House. For the office interior, the designers commissioned a colorful mural installation by the typographer and printmaker Alan Kitching of theTypography Workshop, known for his work with letterpress. The team also created an iPad app that is used in the sales center to show floorplans and other information about the building. 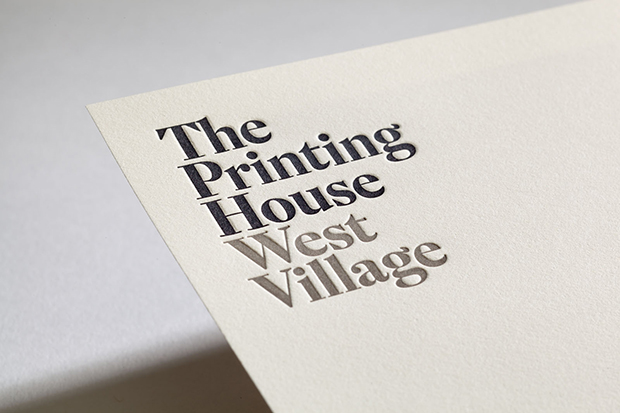 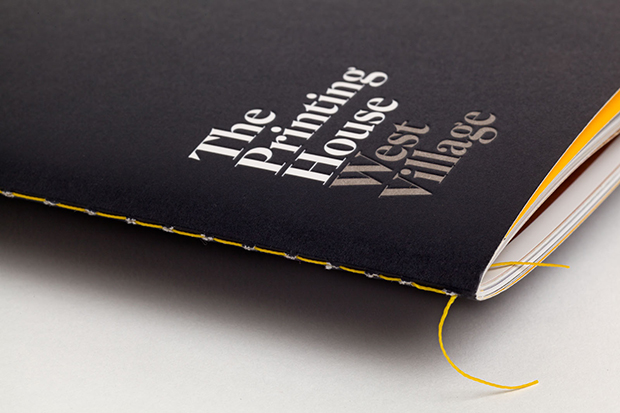 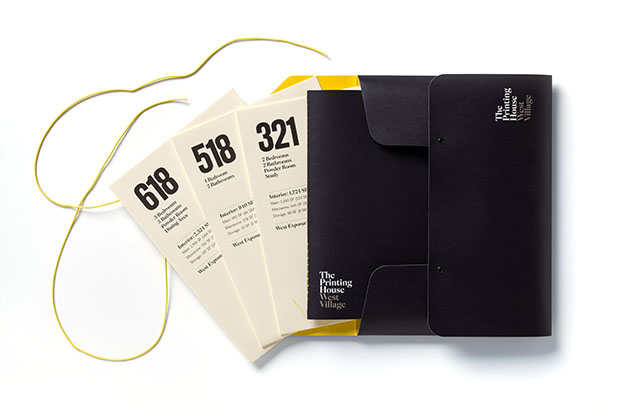 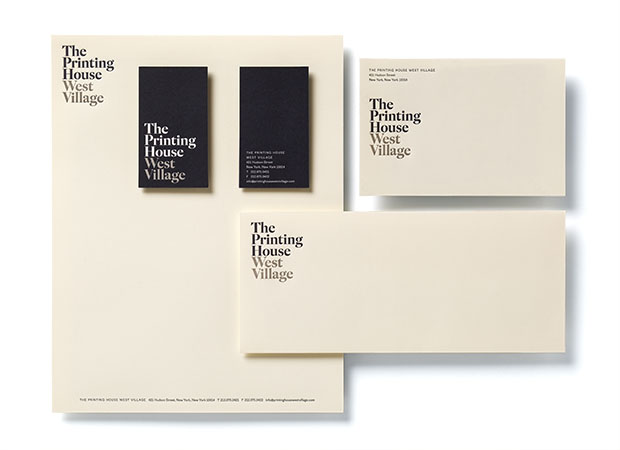 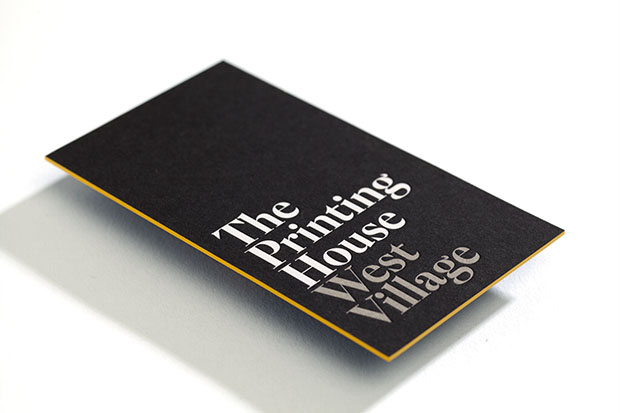 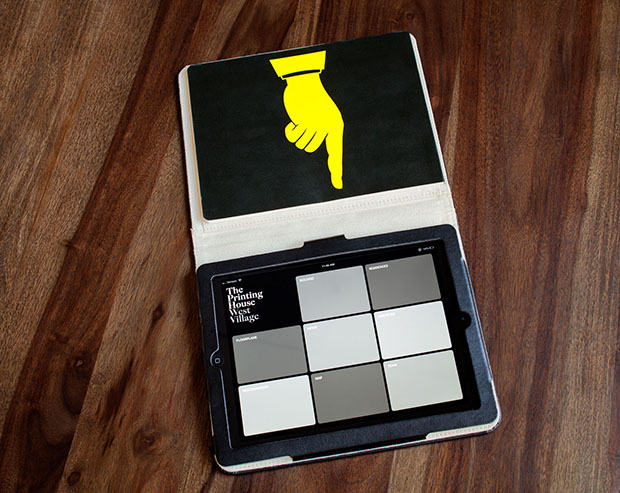