Aerolineas Argentinas Flies High With a New Identity From FutureBrand 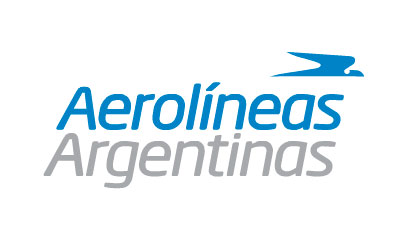 Aerolineas Argentinas, one of the most important Argentine companies, renews its brand image and presents its new Business Plan for the period 2010-2014, facing one of the major challenges of its history: to reposition the airline as an emblem to all Argentineans.

To address this change, the airline appointed FutureBrand, a global branding consultancy who participated in a bidding process and emerged the winner. FutureBrand is recognized for being responsible for renewing the corporate identity of high-profile airlines such as British Airways, Air Canada, South African Airways, LAN and Avianca. FutureBrand’s first challenge was to develop the brand strategy, which in turn led to the brand re-positioning, to include all touch-points of the flight experience. The discovery of this stage was key to continuing with the next steps: creation and development of the visual identity and tagline, specific applications such as implementation of retail concepts, uniforms design supervision, brand application on all passenger items, and corporate and launch communications, among others.

The new brand image preserves some of the historical elements that position the company amongst world class airlines: the condor symbol of the airline has been redrawn, styling its strokes and providing greater purity to its shape. The distinctive blue colour of the company has been replaced by a light blue, which is closer to that of the national flag, enhancing its presence in its application on the aircrafts of the new fleet. The old typography has been replaced by a more modern, lightweight and agile one, which preserves the traditional italic writing, a symbol of the progress and optimism that represents this new phase.

„Aerolineas Argentinas proudly presents its new image, having now regained confidence, regularity and timeliness and also increasing the number of frequencies as well as improving its service. That is why we propose to believe again, and once more raise the values that made us a world class airline,“ said Mariano Recalde, its President, adding that implementation of the new identity system will be implemented gradually.