Edenspiekermann have collaborated on the new design for the ZDF news programmes ‘ZDF heute’ and ‘ZDF heute journal’. An interdisciplinary team from different agencies redeveloped the design of the programmes in a process lasting three years. In doing so, ZDF have reacted to the changing media relationship of its viewers with a new image and a new studio layout.

Edenspiekermann served as brand strategy and information design consultants to ZDF for the restructuring of their flagship news programmes ‘ZDF heute’ and ‘ZDF heute journal’ over the course of three years. ‘It was important to us to work on the future relationship of the ‘heute’ brand to the ZDF umbrella brand within the framework of the new design’ explains Erik Spiekermann, creative director of the agency. ‘An exclusive new family of typefaces emphasises the originality of the new image’.

‘We intentionally introduced elements of typewriter aesthetics into the design in order to bridge the gap between the analogue and the digital world’ says Fabian Rottke, who managed the project at Edenspiekermann. ‘In parallel with the fonts, we also developed an extensive pictogram set. The ZDF graphics editors now have over 300 characters, partially animated, at their disposal for designing the weather and for illustrative purposes.’ Information graphics are an important element of the new news programmes broadcast by ZDF since July 17th 2009.

Background information on current topics can be presented in ‘explanation rooms’ where the presenters move about among information graphics and life-size projections. In future the pictograms will be increasingly employed in order to improve information. Their clear and simplified design vocabulary, derived from the new typeface, creates a calm contrast to the mass of moving images. At the same time they manage to create an additional platform to help explain complex relations in an understandable way. The weather presentation also uses the new pictograms by Edenspiekermann.

Both the relaunch and the new studio give the TV station the opportunity to explain the news better than ever in a digital future. The studio works exclusively with virtual media, unique for German television. Only the presenters themselves, plus a table eleven metres in length – henceforth to serve as the programme trademark – are still real. 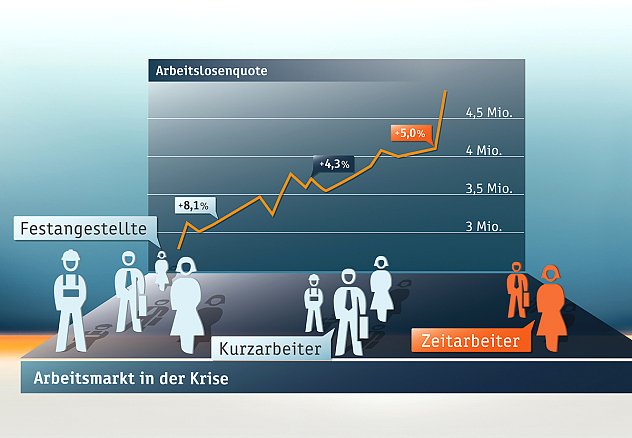