New brand identity for The Institute of Cancer Research.

The Fibonacci* sequence and images inspired by science and medicine feature prominently in a bold rebranding of The Institute of Cancer Research, London.

The Institute of Cancer Research (ICR) is one of the world’s most influential cancer research institutes, and its new visual identity is intended to help it develop the profile to match.

A new logo features a series of coloured bars reminiscent of the bands on a gel, stained sections of chromosomes or drug capsules – representing the ICR’s research and the benefits it brings for patients.

The bars increase in size in proportion to the mathematical Fibonacci sequence, combining with the optimistic colour palette to convey a sense of progress, discovery and innovation.

This bold theme supports the ICR’s positive new verbal identity, including its new mission statement: to make the discoveries that defeat cancer.

Professor Alan Ashworth, chief executive of The Institute of Cancer Research, said: “Our pioneering researchers have delivered tremendous benefits for cancer patients, but cancer research is a challenging and competitive field, and we cannot afford to stand still. The new identity will help us raise our profile so we can continue to attract both the funding and the bright minds we need to help us make the discoveries that defeat cancer.”

The ICR has an outstanding track record dating back more than 100 years, and is behind some of the most important discoveries in cancer research. It provided the first convincing evidence that DNA damage is the basic cause of cancer, laying the foundation for the now universally accepted idea that cancer is a genetic disease.

Saffron’s Principal Ian Stephens said “We feel honoured and privileged to be involved with the ICR’s work to defeat cancer and support its supremely talented people who make significant scientific discoveries for such a worthwhile cause.”

More than a fifth of the ICR’s 1,000 staff participated in interviews, workshops and an online survey as part of the project to create a stronger identity. The review focused on mission, culture and identity, to understand what makes the ICR unique.

The ICR also consulted on Saffron’s concepts with its students, supporters and partner organisations, such as The Royal Marsden. 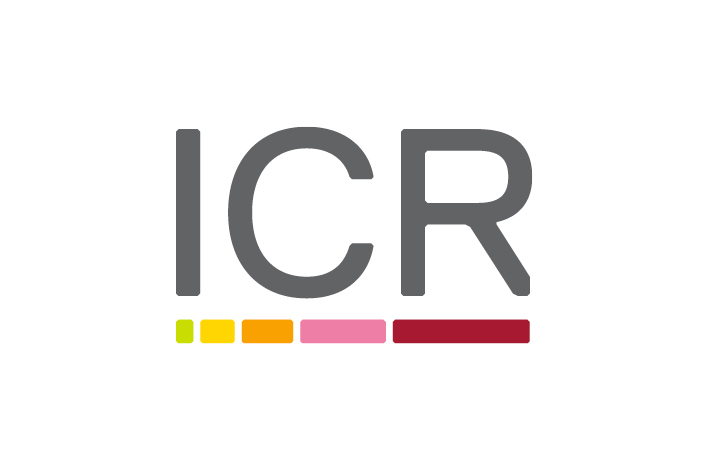 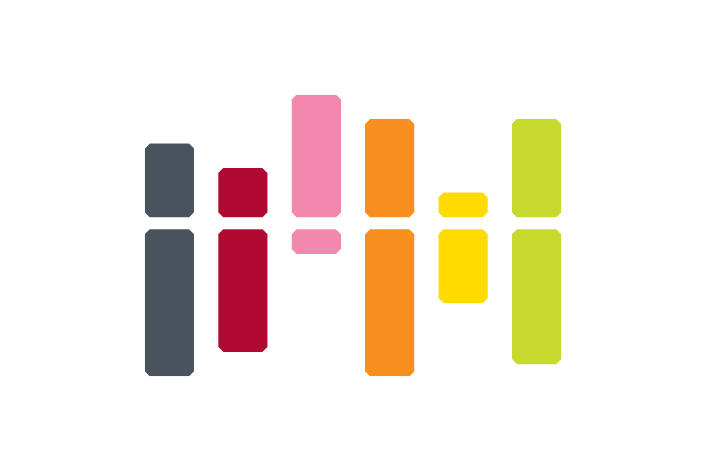 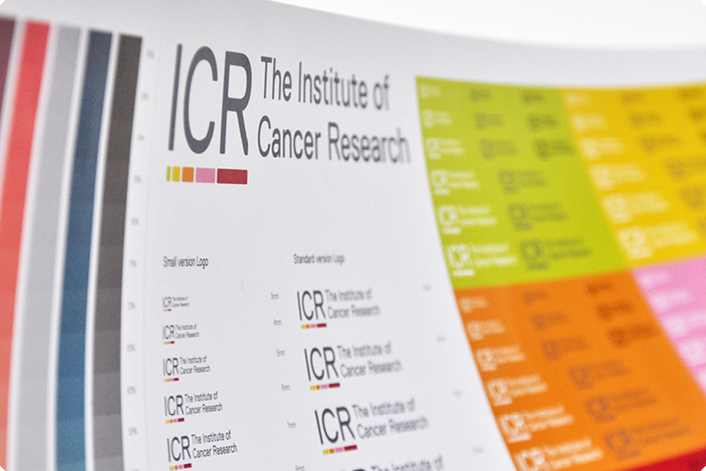 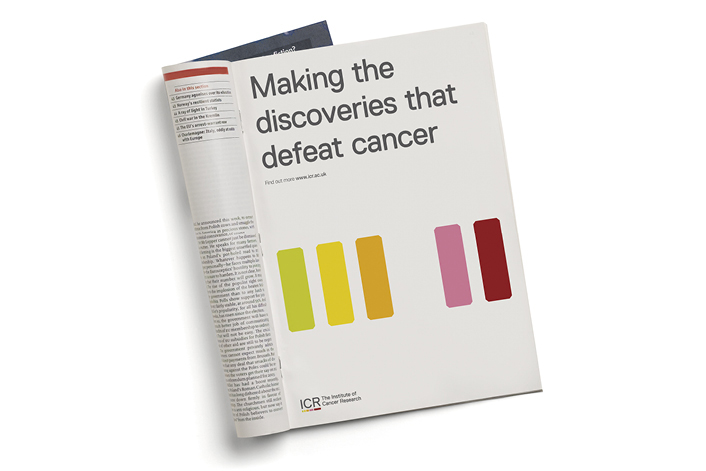 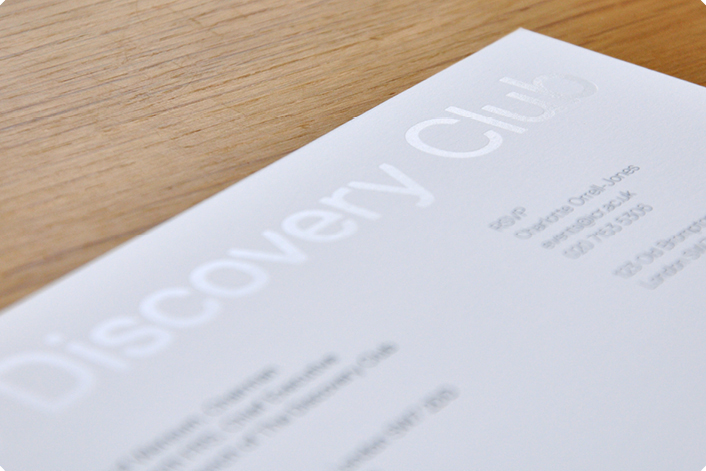 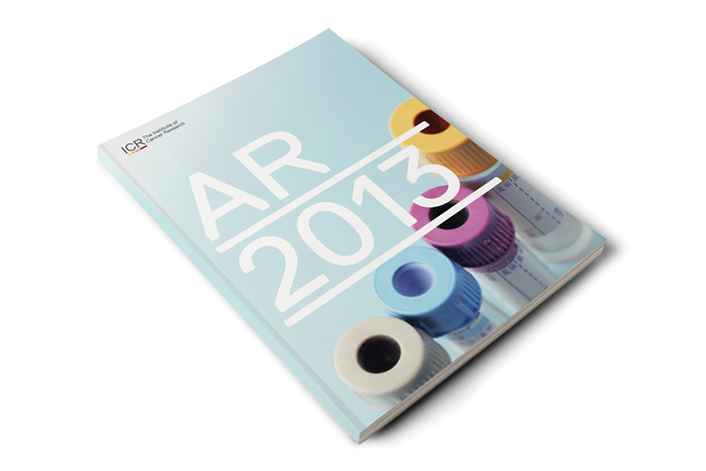