The rebranding of Air Inuit.

If you have not already seen Air Inuit’s eye-catching new livery design up close, you will find abundant blog posts, pics and tweets about it online. That is because its new corporate identity is not only a radical departure from the original, but it is striking an emotional chord with its most loyal customers – the 12,000 Inuit who count on the airline to deliver food and essential services daily to the 14 coastal communities they call home in Northern Quebec’s Nunavik region.

The rebranding of Air Inuit may come as a surprise to some, but it is part of a company-wide modernization initiative designed to help Air Inuit meet increased demand for air transport services due to the growing number of infrastructure and mining projects in the resource-rich province.

A comprehensive brand audit was conducted in close consultation with the community members and Inuit culture and language experts from the Avataq Cultural Institute to help gain a deeper understanding of the airline’s key strengths and its significance to customers. A rigorous process that involved a survey of customers, communities and staff as well as a diligent analysis of best practices in airline branding to ensure the rebrand would be truly distinctive, not only culturally relevant.

The Escher inspired orange and white goose design was created to reflect the Inuit’s love and respect of nature and the abundant wildlife that have allowed its people to survive for millenia in one of the planet’s harshest environments. It was also intended to underscore the company’s distinctive corporate culture and bold new vision for the future; it includes improved efficiency to cope with rising operating costs, the addition of new routes and specialized services, and a careful expansion into new markets.

A homage to a generations-old tradition of Inuit arts and crafts, the fuselage was used as an artist’s canvas to allow the dovetailing Canada geese to fully spread their wings so they could be seen from a distance, and contrast with the snowy landscape.

An original typeface exclusive to Air Inuit was also developped to reflect the company’s specialized expertise and spirit of innovation. Named Air Inuit Sans, the new corporate font is slightly bolder than its predecessor and features subtle rounded edges that bear a resemblance to design cues found in Inuktitut syllabics. The same typeface was used to create the company’s new logotype that features the word “Inuit” in traditional syllabics in orange to highlight the company’s Inuit ownership and cultural heritage.

Unveiled in late fall of 2011 to the delight of Air Inuit staff, the new corporate identity is being rolled out as you read these lines. The new colors already adorn a handful of aircraft in a growing fleet and its new Technical center in Montreal, Quebec. 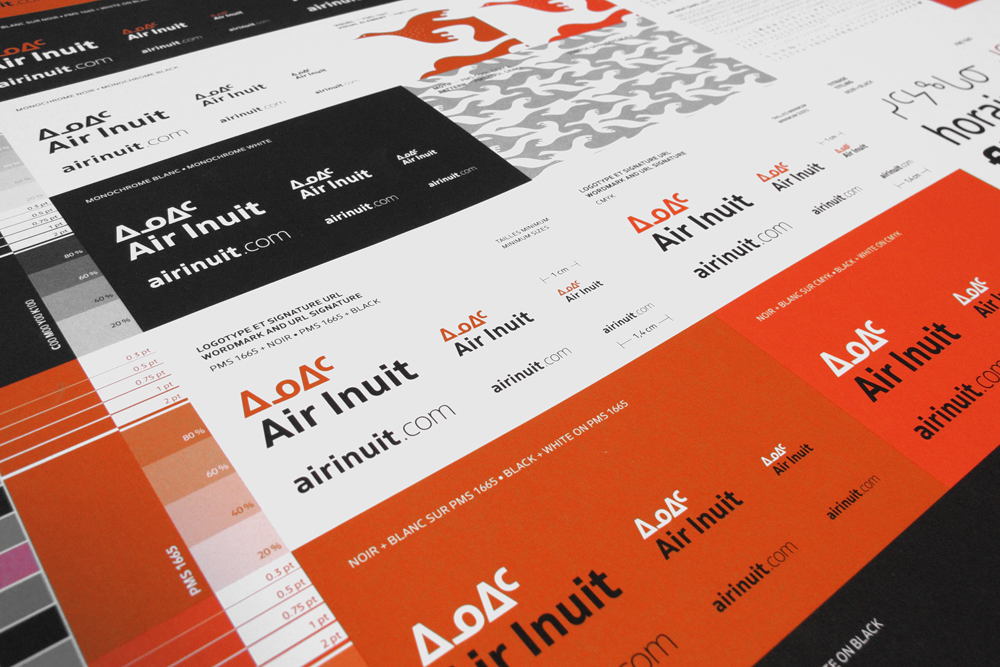 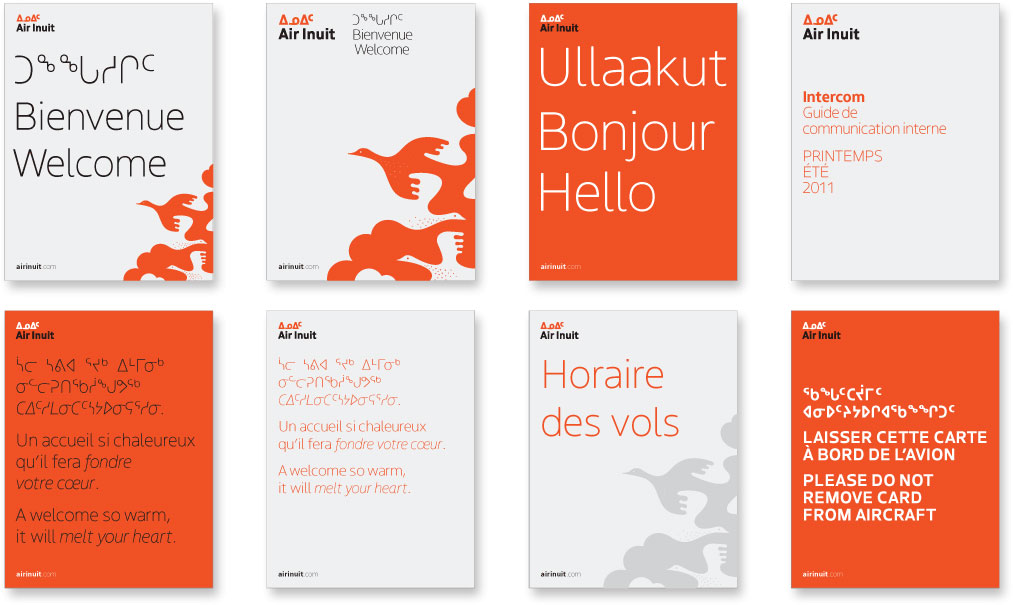 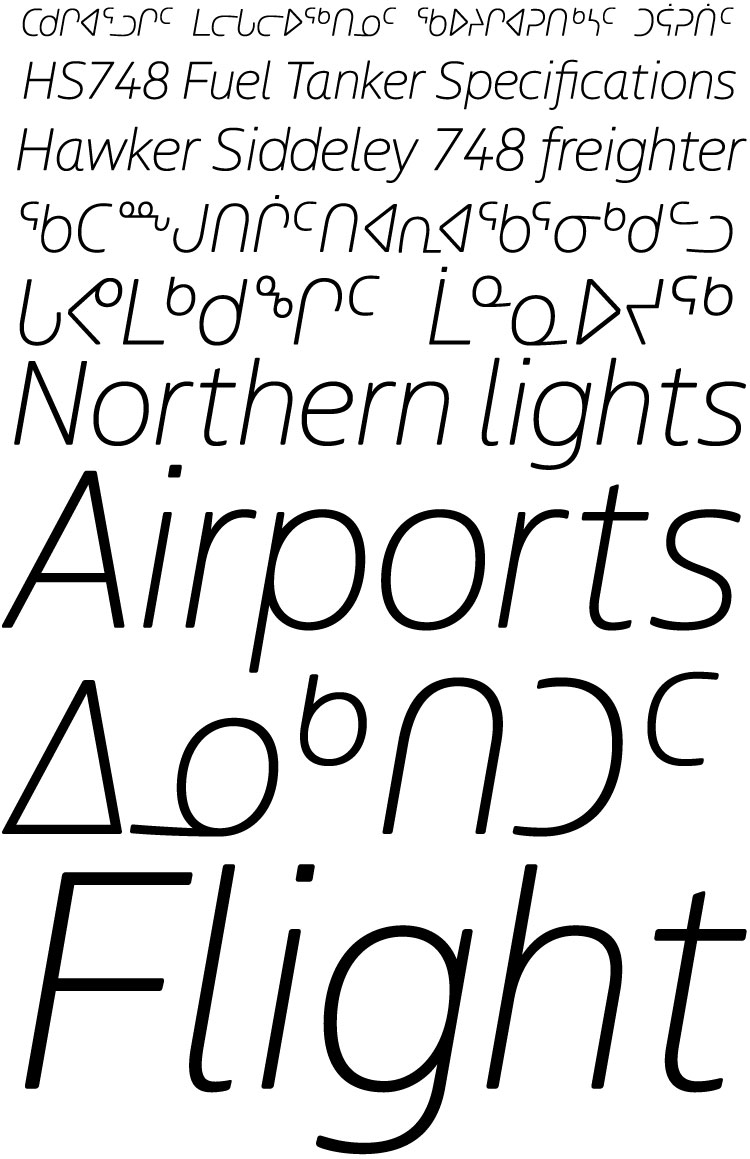 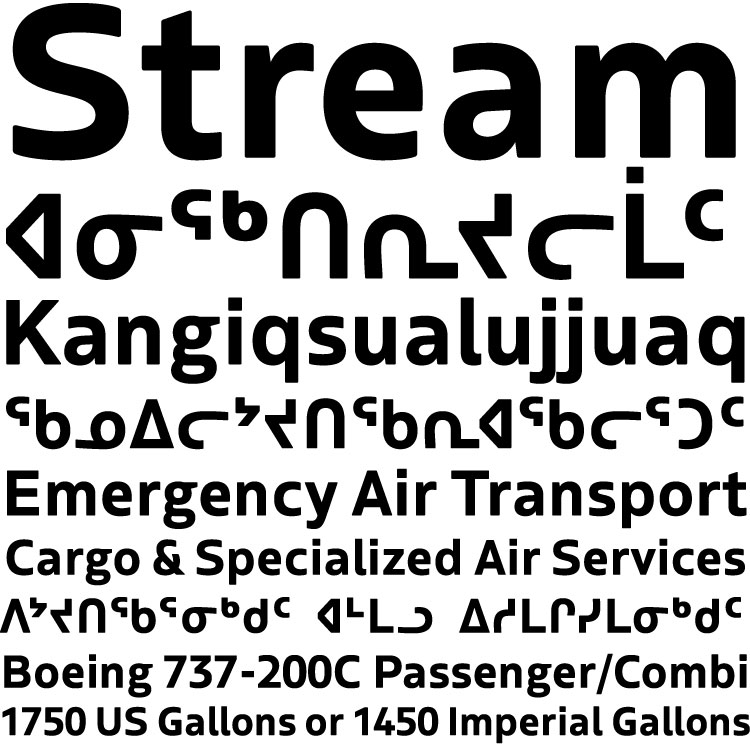 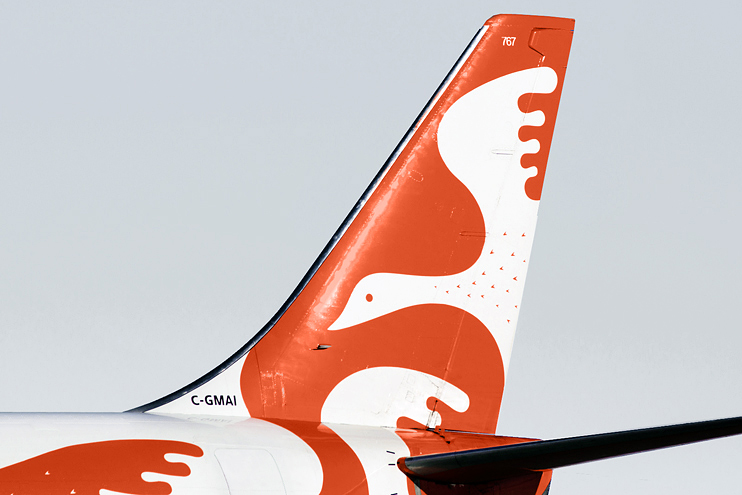 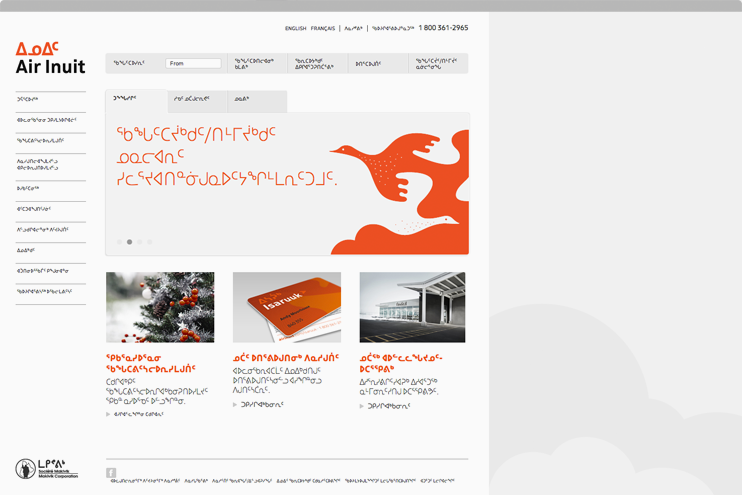