Wien Modern is a music festival in Austria, founded by world-famous Italian conductor Claudio Abbado in 1988. Created to revitalise Vienna’s traditional music scene, the festival encapsulates classical, avant garde and electronic music, as well as dance, performance and other forms of visual media.

In 2016, the festival held 88 events at 21 venues across Vienna exploring the theme of ‘The Final Questions’. Running from October to November, it featured a new identity and bespoke typeface designed by Justus Oehler and team.

Oehler completely reimagined Wien Modern’s identity, retaining only its red colour. The glue of the identity is ‘Wien Modern’ monospace and monowidth typeface that was specially created for the festival. Featuring across posters, publications and in the festival’s new monogram, the font creates geometric typographic patterns, which express the festival’s exploration of modern music.

“I wanted to create a titling typeface which could be applied in a modular way. I wanted type to look like illustration, but be legible at the same time. There are plenty of monospace fonts, but not many where every letter is of the exact same width and still easy to read,” says Oehler.

“Instead of a fixed logo device the logo is simply the name set in this new typeface, on a single line, on two lines, on three, four or even five lines combined with other information. This way every title or headline can be made into a full page graphic image.” 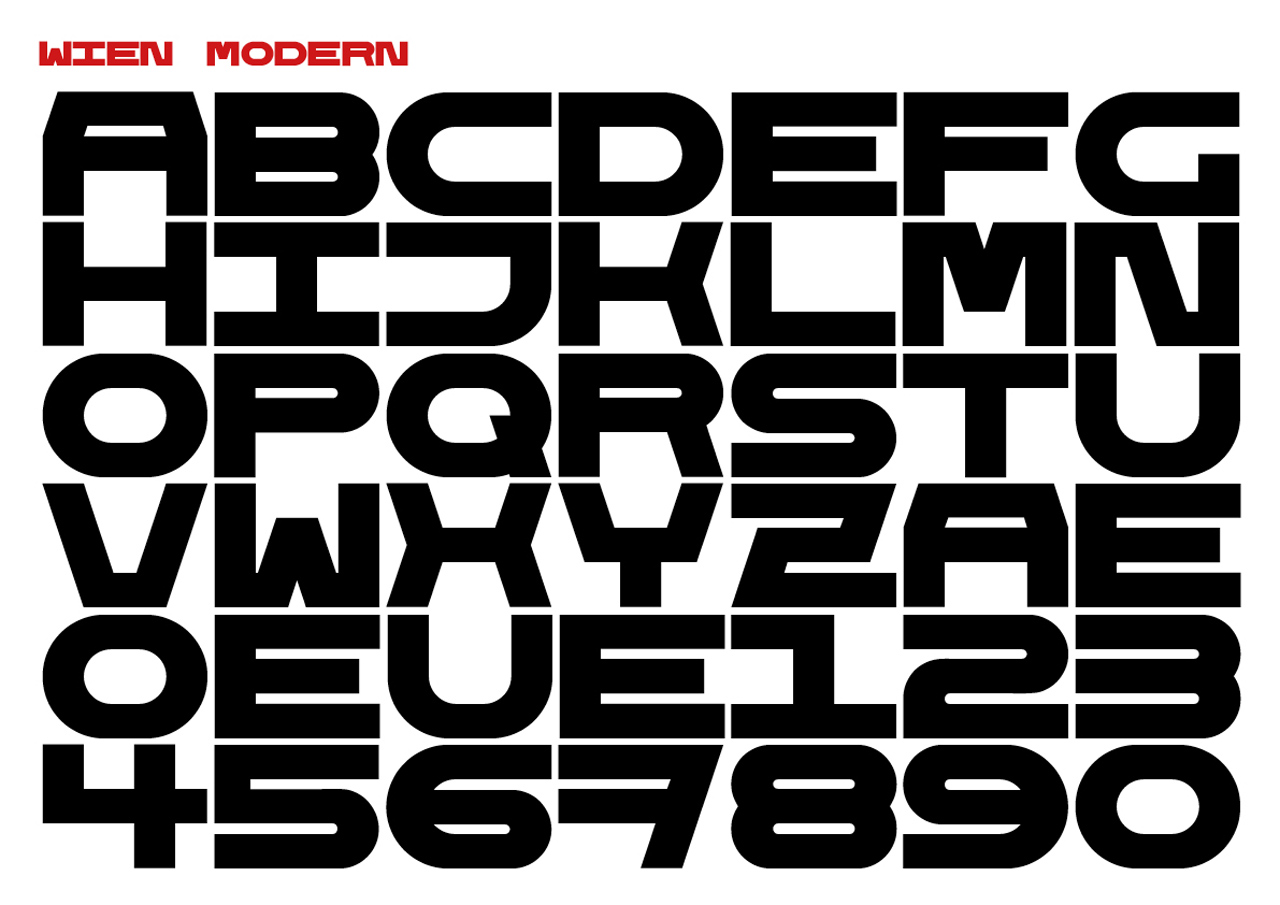 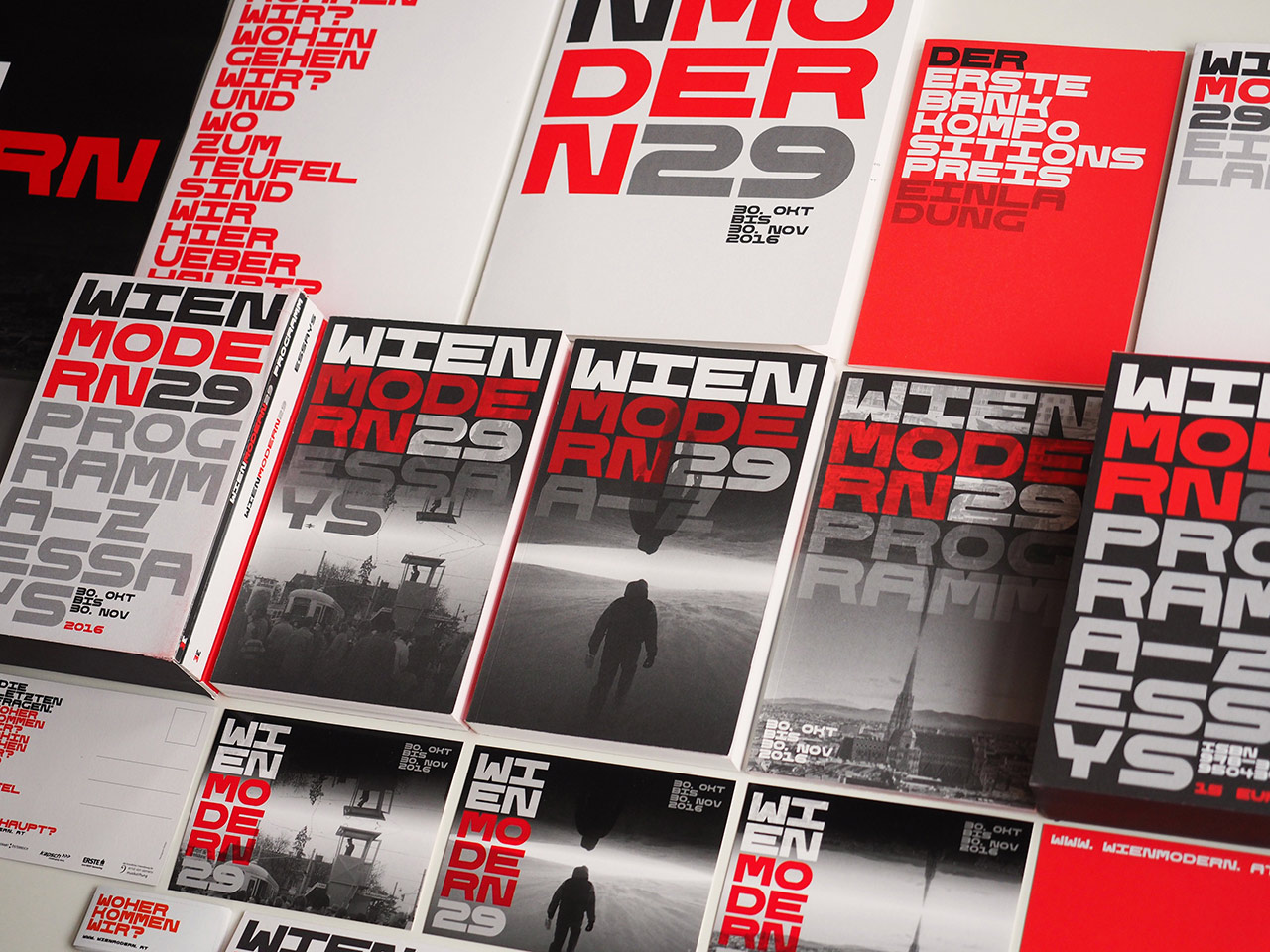 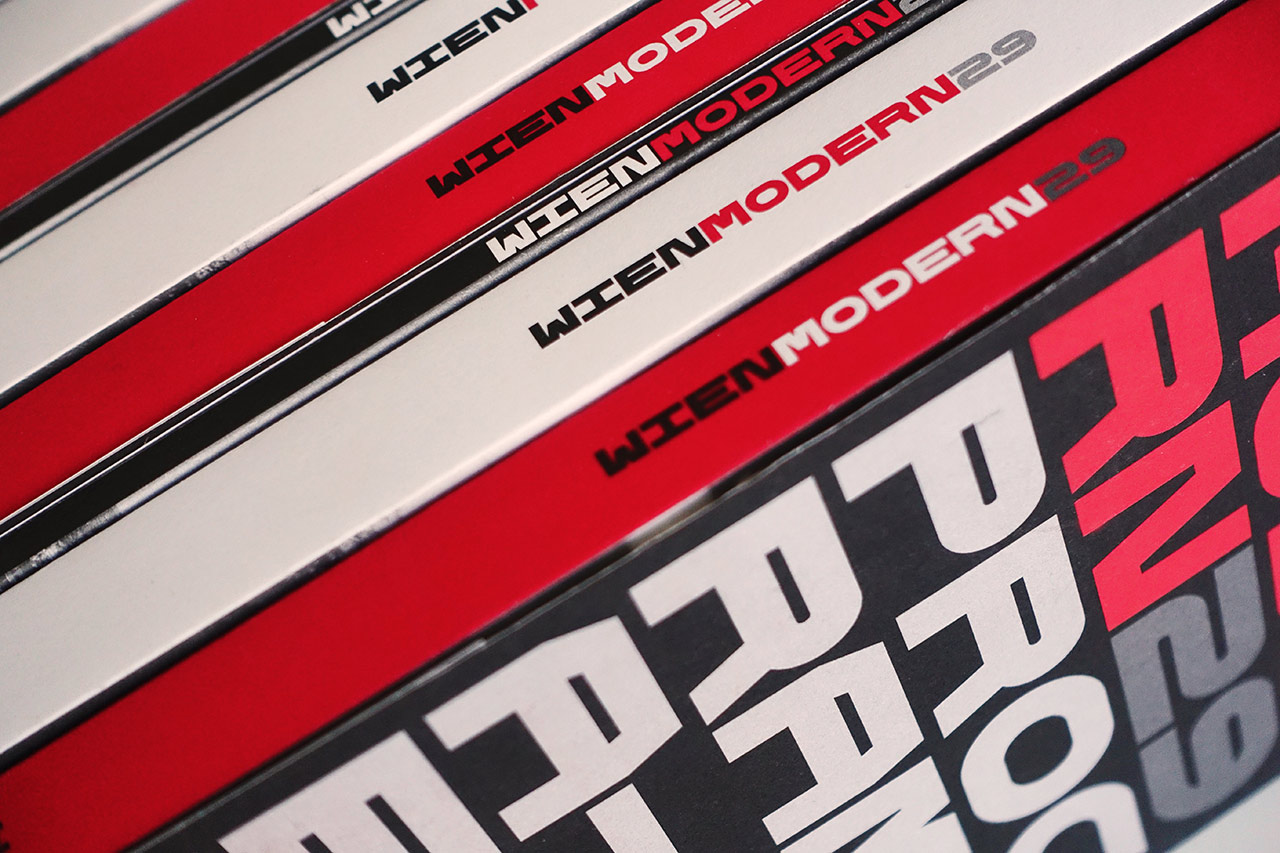 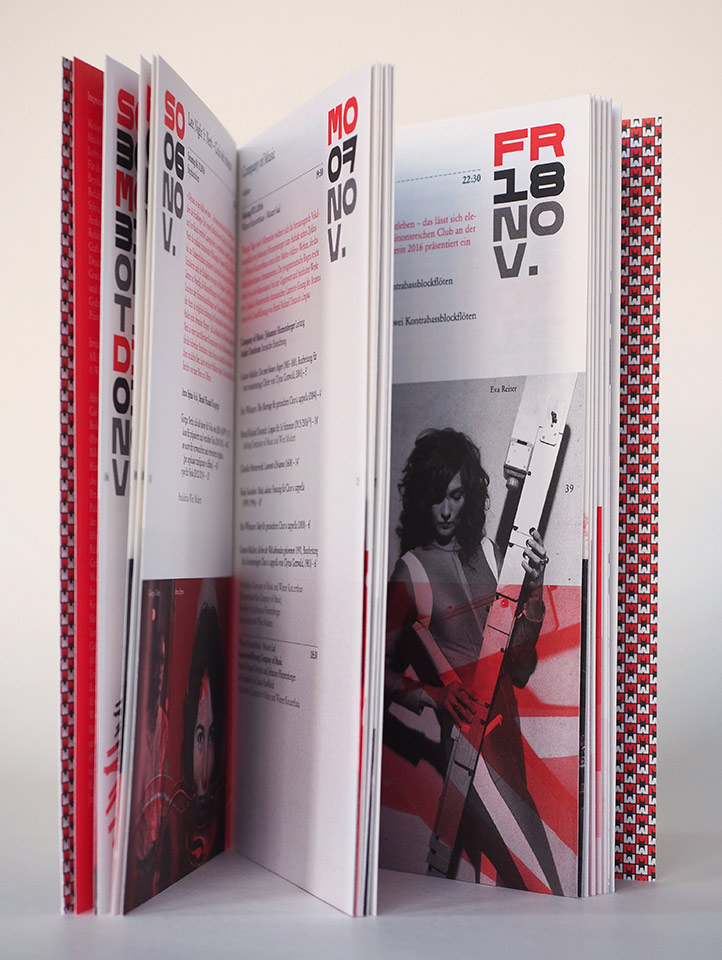 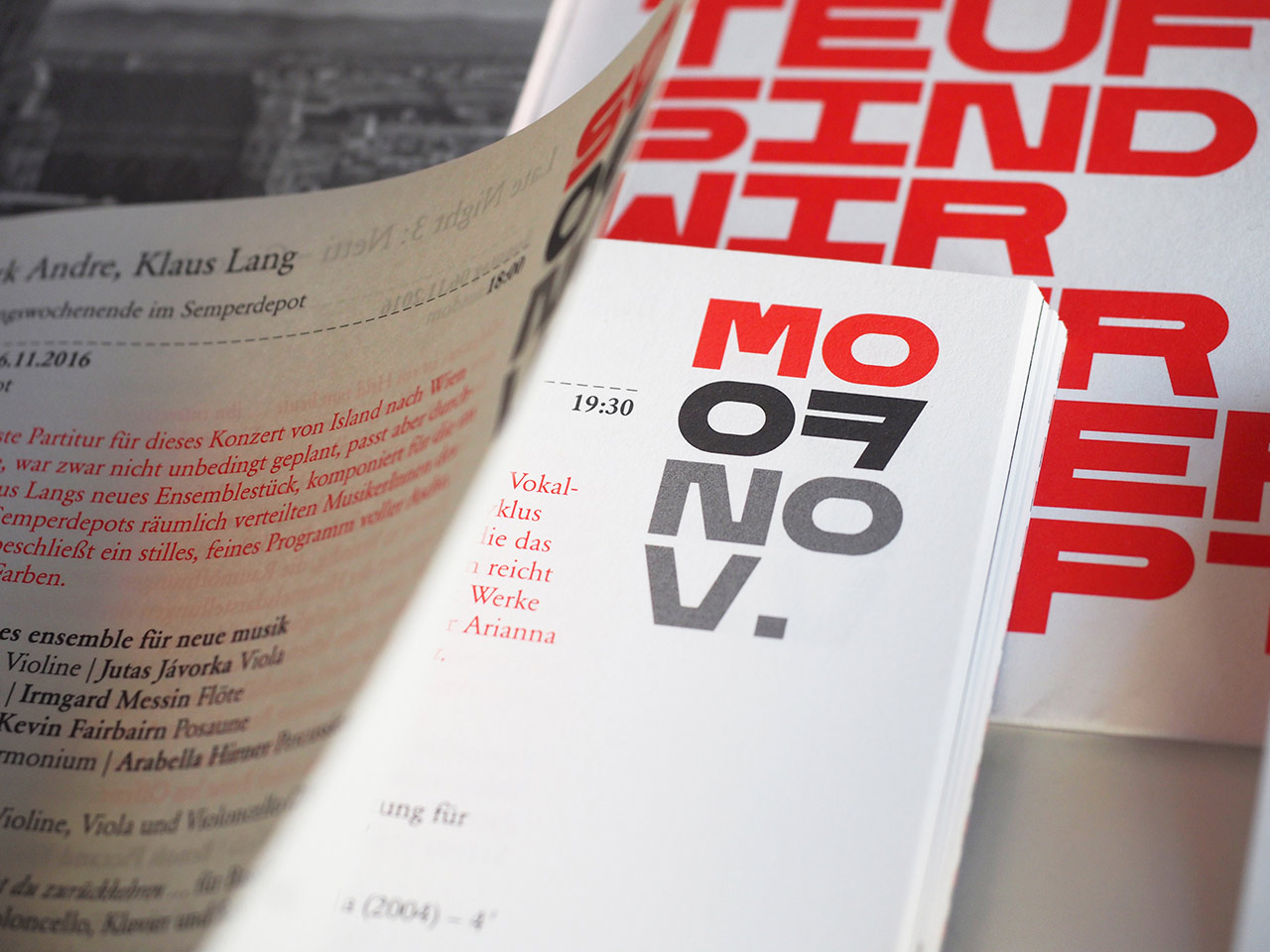 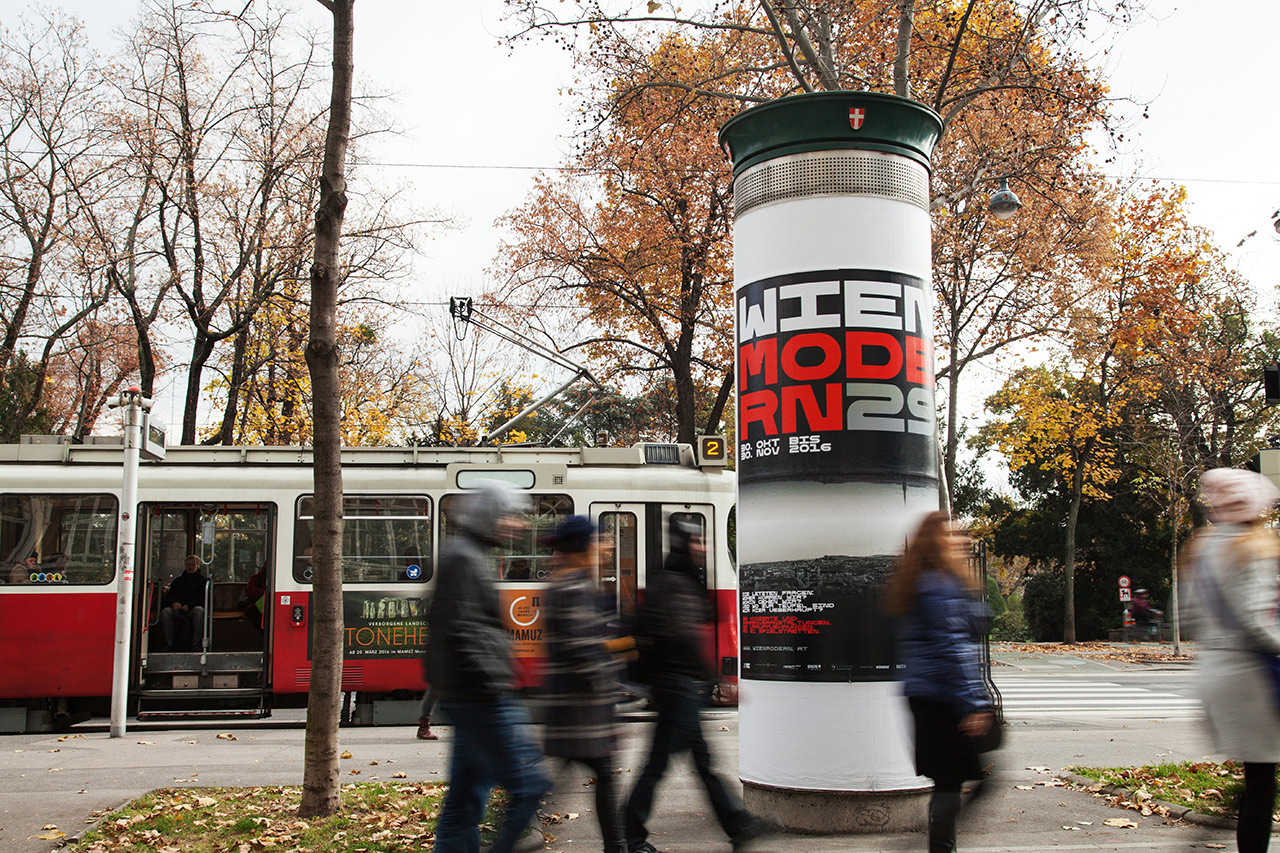