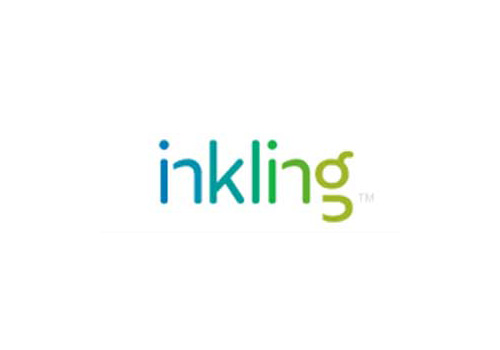 MetaDesign San Francisco today announced its role in creating the brand positioning and identity for Inkling, an innovative new business that has developed the world’s first end-to-end platform for mobile learning. The highly anticipated platform will be available this spring for Apple’s family of touch-enabled devices, including the groundbreaking new iPad.

“Our identity will set us apart in this exciting new market.”

“MetaDesign helped us define and develop our core brand attributes and delivered a design that is evocative and sophisticated,” said Matthew MacInnis, CEO of Inkling. “Our identity will set us apart in this exciting new market.”

Inkling recently announced plans for its end-to-end platform for learning content, bringing rich interactivity and social interaction to the iPad. Built for both K-12 and higher education, the Inkling platform will change the way an entire generation learns.

“We created an identity that represented Inkling’s mission with a design based on the concept of revelation,” said Bill Hill, President and Founder of MetaDesign San Francisco. “True to the company’s brand promise, the design evokes a sense of awakening curiosity and wonder.”