Since the early 20th Century, Kodak’s packaging and marketing materials have been blanketed in a warm yellow with red and black features. Our aim was to re-establish this strength and to never abandon the use of yellow on anything.

Along with the trademarked colors, Kodak’s first official “symbol”, designed by Peter J. Oestreich in 1971, is their most recognized piece of branding. It was used in various forms for over 35 years and had a lifespan well past that in the form of shop signage around the world.

An all capital solution honors George Eastman’s invention and his visual appreciation of the letterforms. It brings out the geometry and symmetry and is a clear departure from the past.

The symmetry of the captial letterforms creates a molecular flexibility that allows the wordmark to be be stacked. It is reminiscent of film perforations and street signage. It acts as a manufacturer’s stamp: the logo is the first read and the name is the supporting mark. When small, the name is removed leaving just the icon.

Kodak, both visually and emotionally, is a system of scientifically organized resources for creativity. It communicates professional expertise, an expansive sense of shared vision and stands for a company that works seamlessly and efficiently. A unified graphic identity brings cohesion back into the brand. 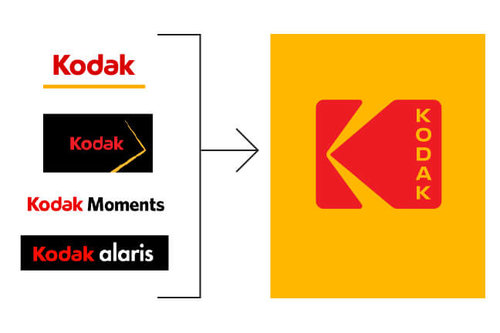 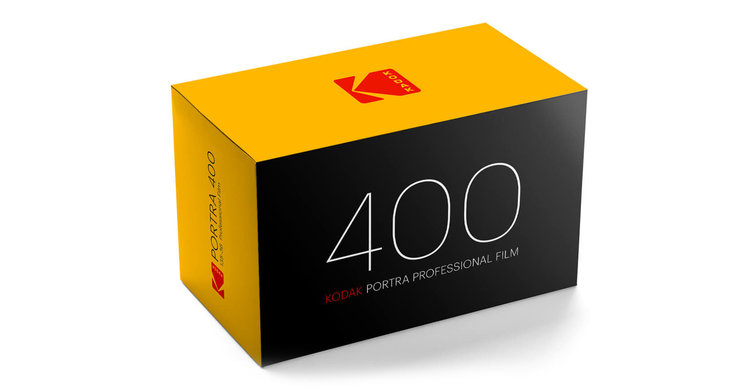 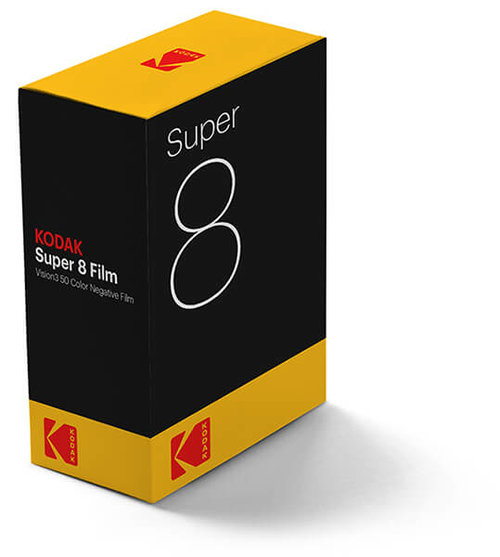 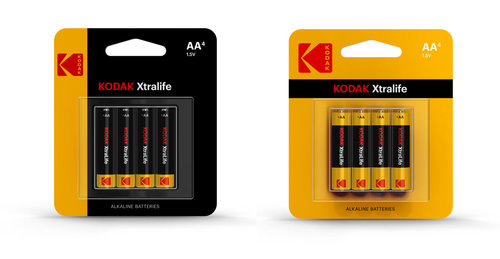 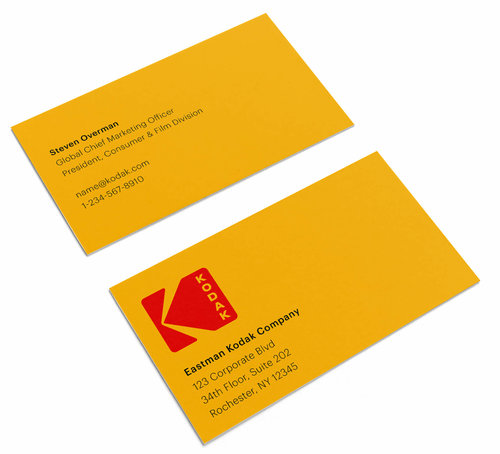 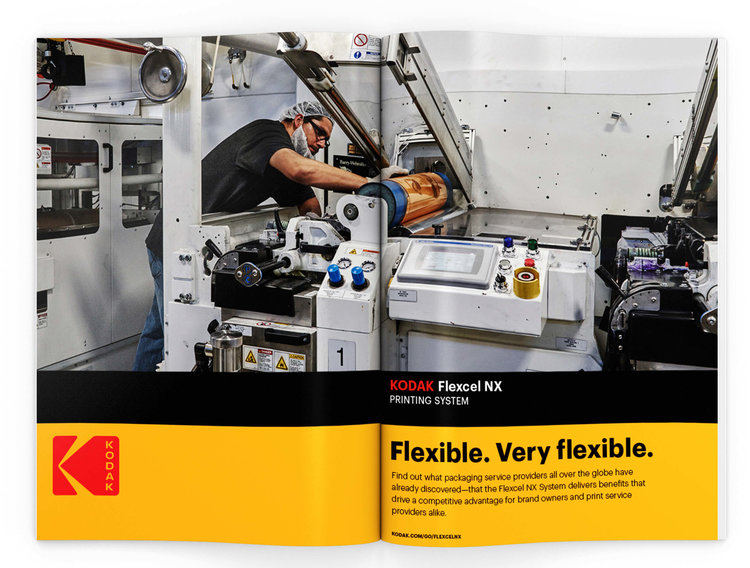