The Wildlife Conservation Society manages the Bronx Zoo, Central Park Zoo, Prospect Park, Queens Zoo, New York Aquarium and conservation programs in nearly 60 nations. The organization harnesses the power of its zoological parks, conservation programs and partnerships around the globe to save wildlife on land and sea. Pentagram’s Michael Bierut and his team have created a new identity for the organization that advances its position as a global leader in wildlife conservation and acknowledges its broad and diverse audience. The branding is built around a friendly and accessible mark that is designed to appeal to everyone from park visitors to policy makers.

WCS, based at the Bronx Zoo, encompasses a remarkably broad range of activities and audiences. The organization sought a new identity as part of its strategic plan unveiled on October 7, 2015. The plan’s goal is to conserve the world’s largest wild places in 15 priority regions. These areas are home to 50 percent of the world’s biodiversity, and to some 300 million people who are among the world’s poorest, most isolated from markets, and directly dependent on natural resources. The identity was designed to powerfully communicate this mission and to help WCS build a wildlife movement around the globe.

At the same time, the branding had to incorporate the parks, which are visited by 4 million people annually and are an important part of what WCS is all about: Many children have their first experience with wildlife at the zoos, setting them on a lifelong course of caring about animals.

Bierut and his team worked closely with WCS leadership to develop the program. The designers first helped the organization refine its brand strategy with a simple statement that connects all of its initiatives with a memorable tagline: “We stand for wildlife.” The new identity visualizes this promise with a stylized “W.” Made of simple geometry, the mark can project a wide range of expressions, from serious to lively, and has a built-in flexibility that reflects the idea of biodiversity.

The mark can appear in linear form or contain different colors and images of animals. The graphic structure suggests the balance of species and systems that make up the natural world. At the same time, the overlapping shapes convey the comprehensive scope of WCS and have a dimensional depth that hints at the physical places where the organization works (mountains, oceans). The full-color version of the symbol appears in five shades of green and blue that reference the land, skies and seas where animals live. 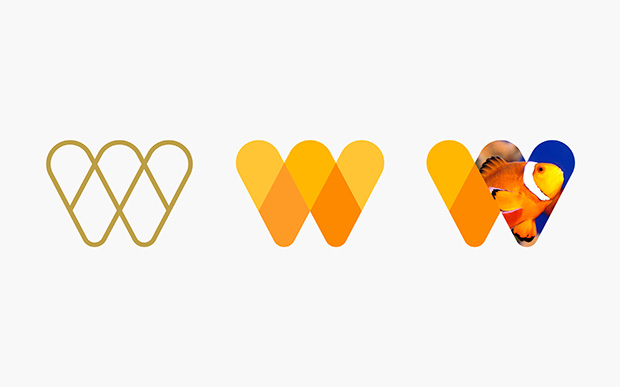 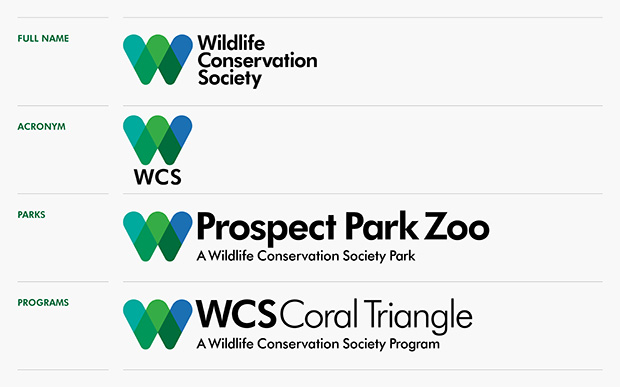 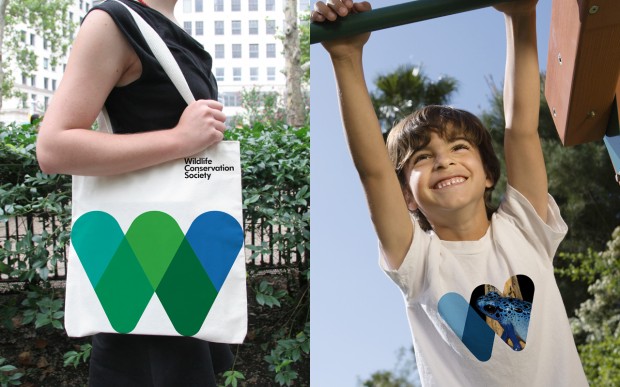 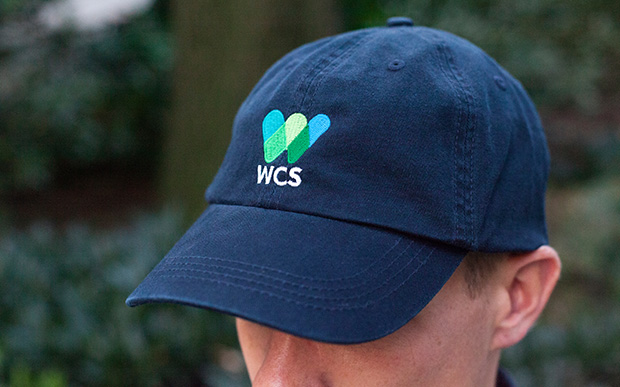