Helsinki is the Capital of Finland and the centre of the Helsinki Region, a functional urban region of about 1.4 million inhabitants and 751,000 jobs. In August 2017 we were chosen to lead the design process of the new brand identity for the City of Helsinki.

The City of Helsinki had no uniform brand identity and city departments and projects have had their own varying identities and logos. The only consistent identity element was the Helsinki coat of arms but it had its own restrictions and challenges in terms of usability. The reform of the City organization offered an opportunity to unify the City’s brand into one cohesive visual identity.

The rebranding of Helsinki sought a fresh new brand identity that respects the past and is both modern and timeless. The identity needed to be adaptive, responsive and versatile. The target audience was basically “everyone”, starting from 40,000 City employees to Helsinki residents, other Finns, foreigners, tourists, immigrants and special groups. This amplified the need for a flexible and memorable identity that is also easy to use.

The scale of the project was massive —the City of Helsinki brand renewal has been the biggest such project ever done in Finland.

The spearhead of the identity–Helsinki logo–was designed based on the most recognisable Helsinki symbol, the traditional Helsinki crest. The new logo was designed to be adaptive and responsive to any content, for example, different language versions of the logo. The graphic wave motif (and its variations) used as a graphic element was also derived from the coat of arms. 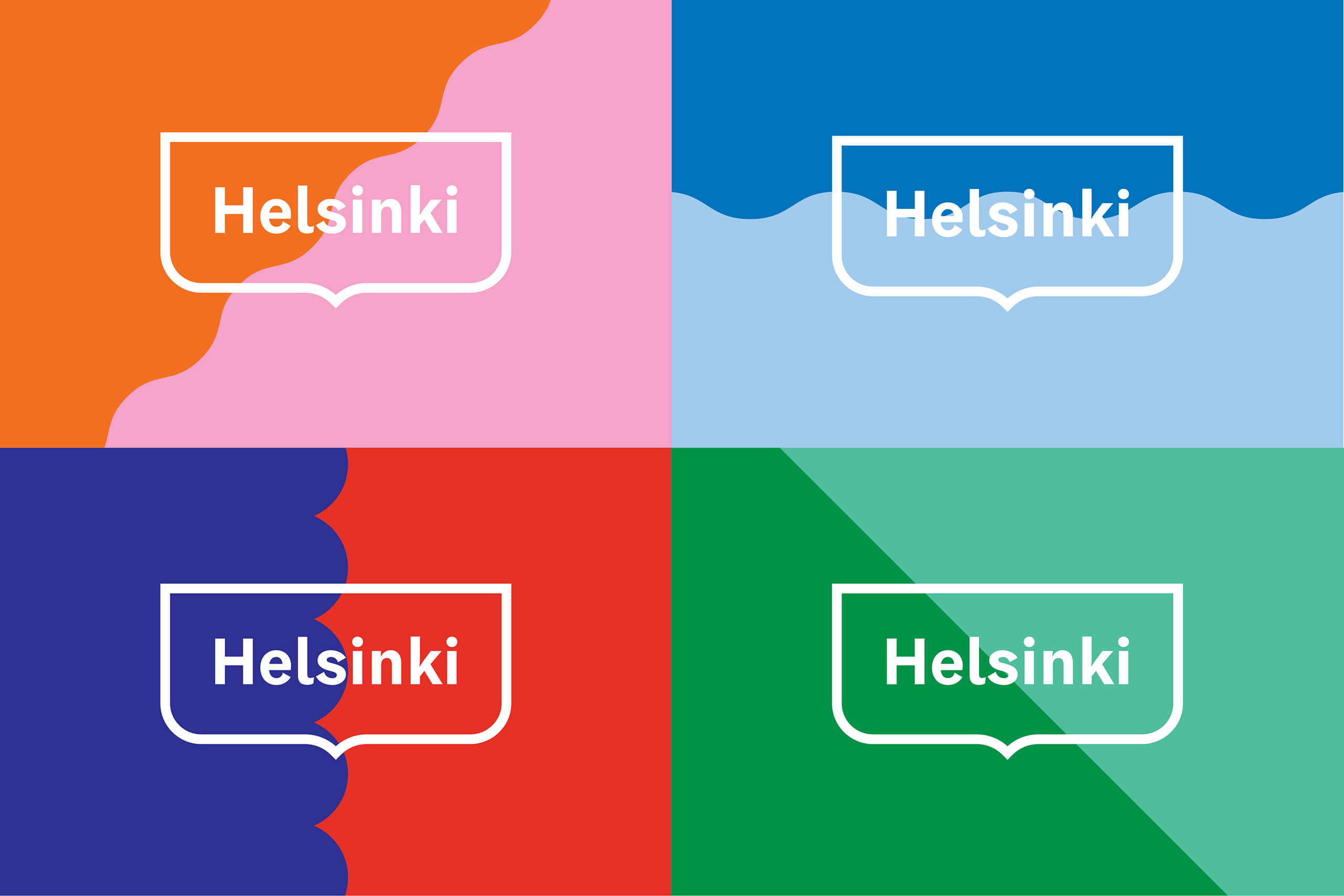 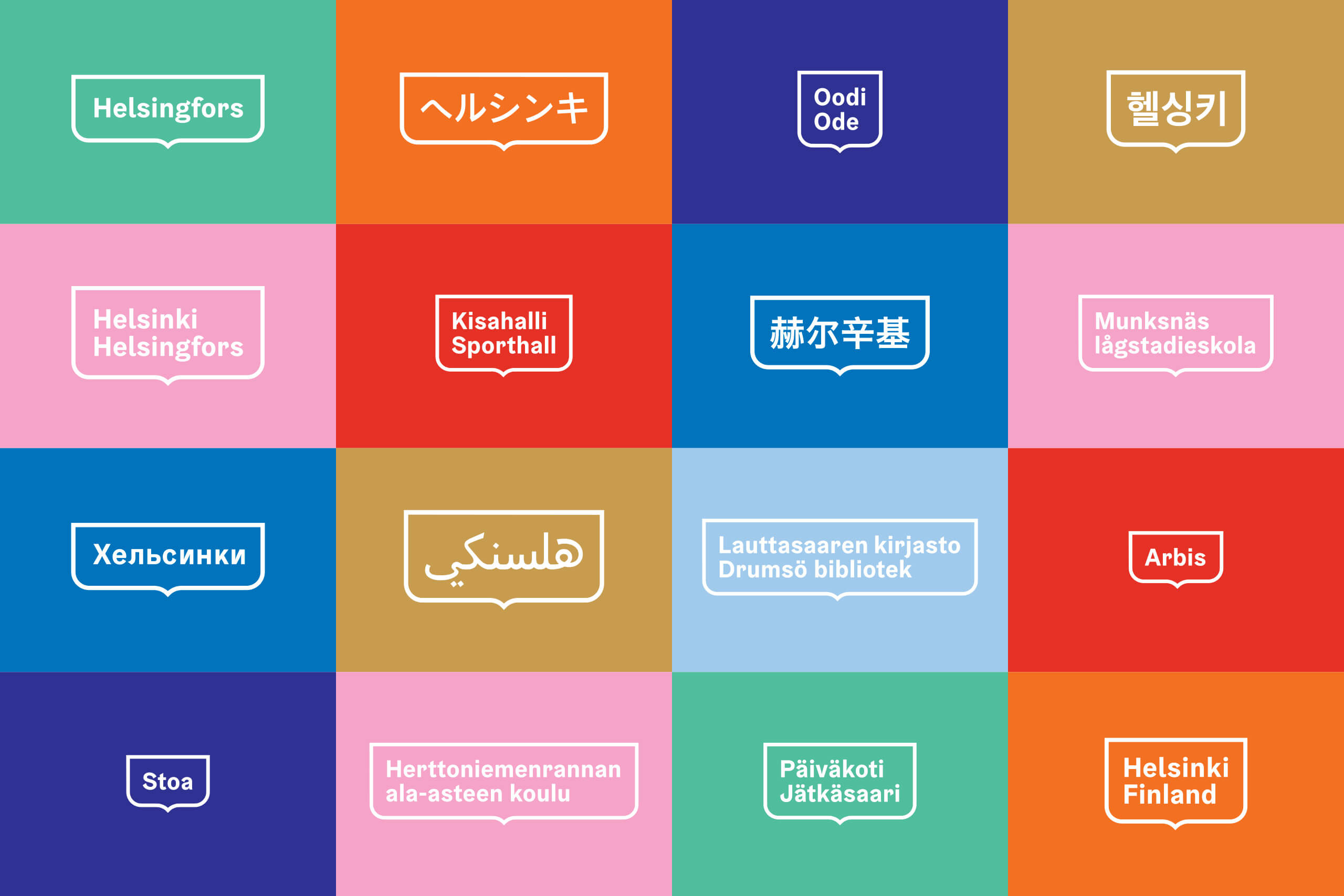 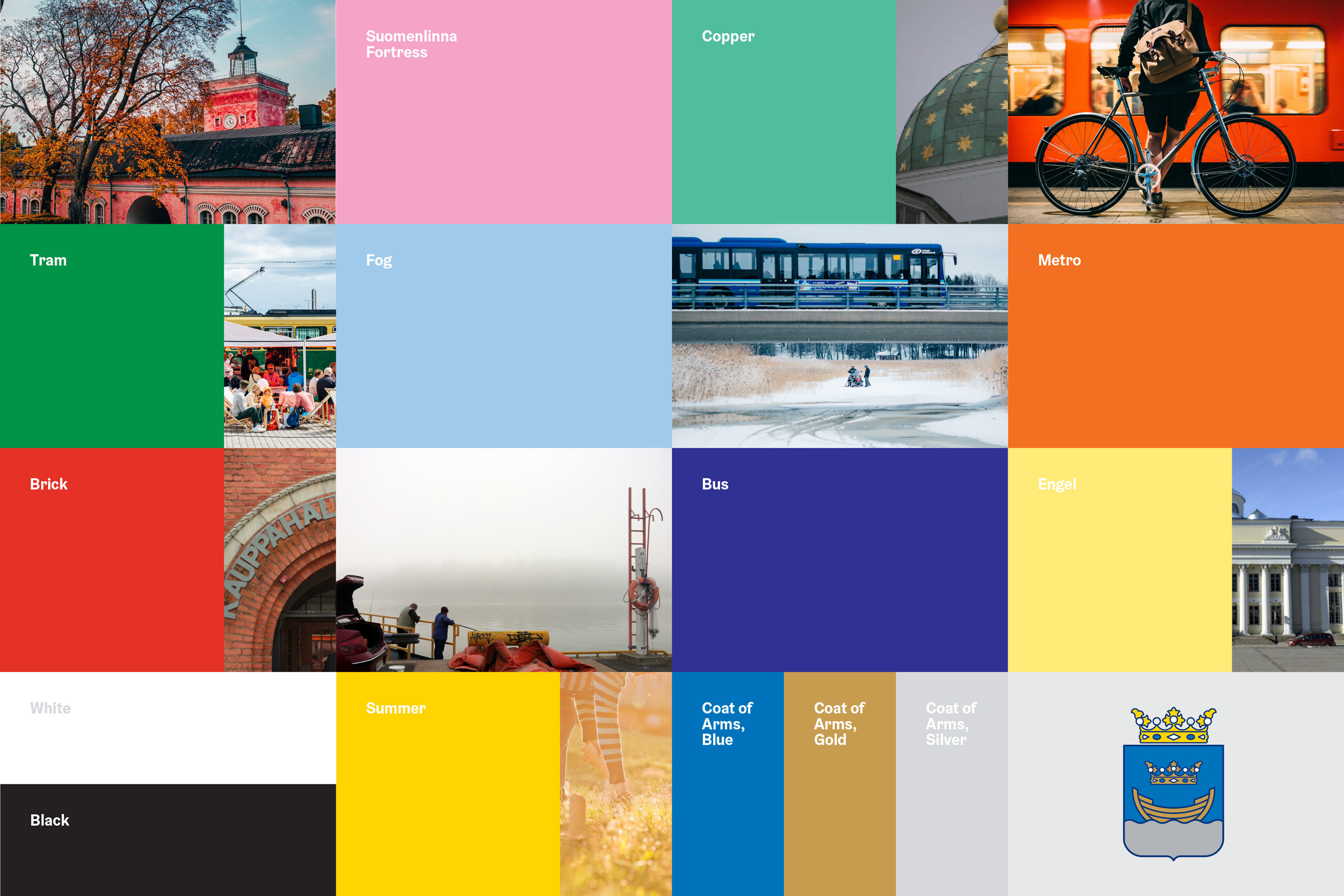 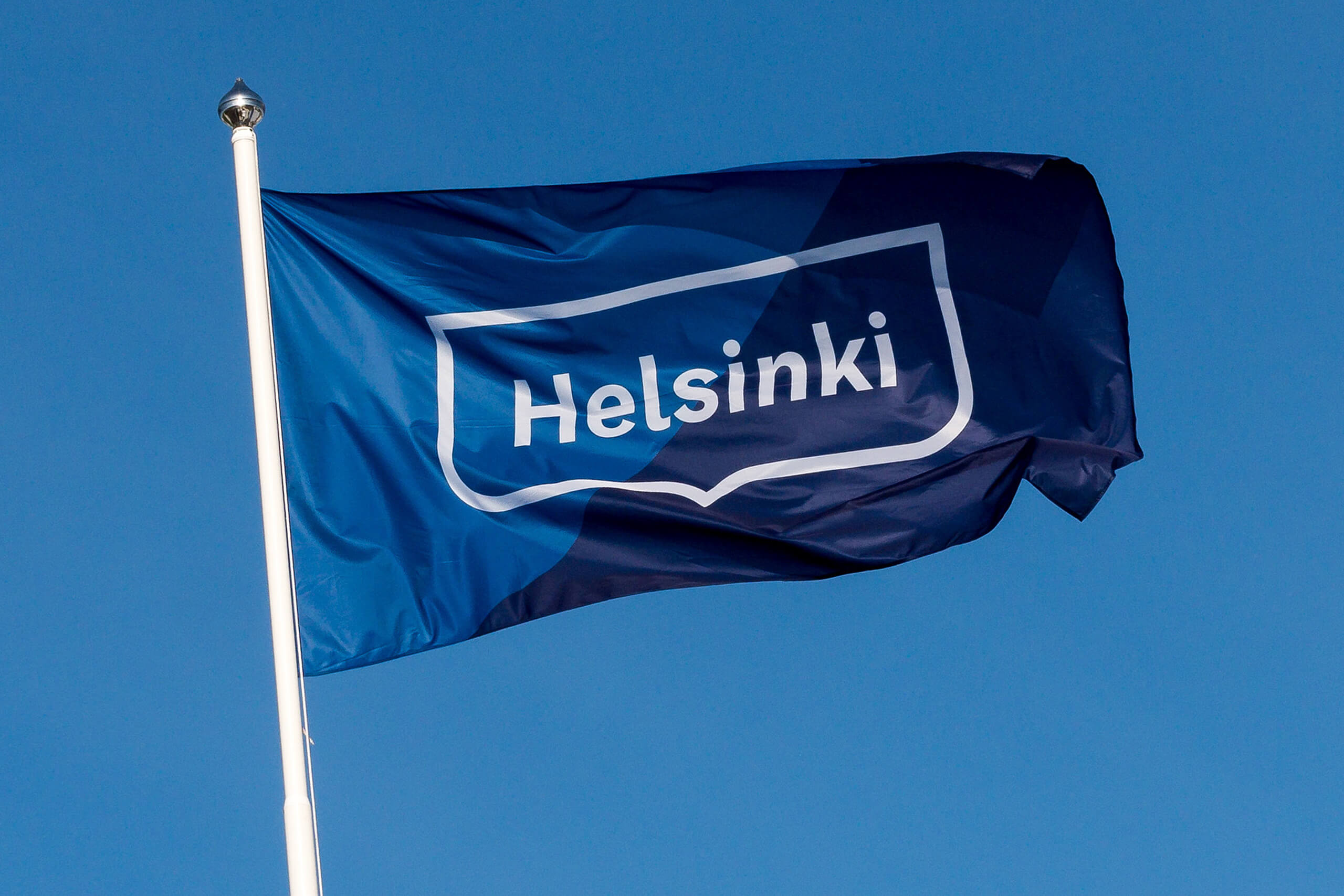 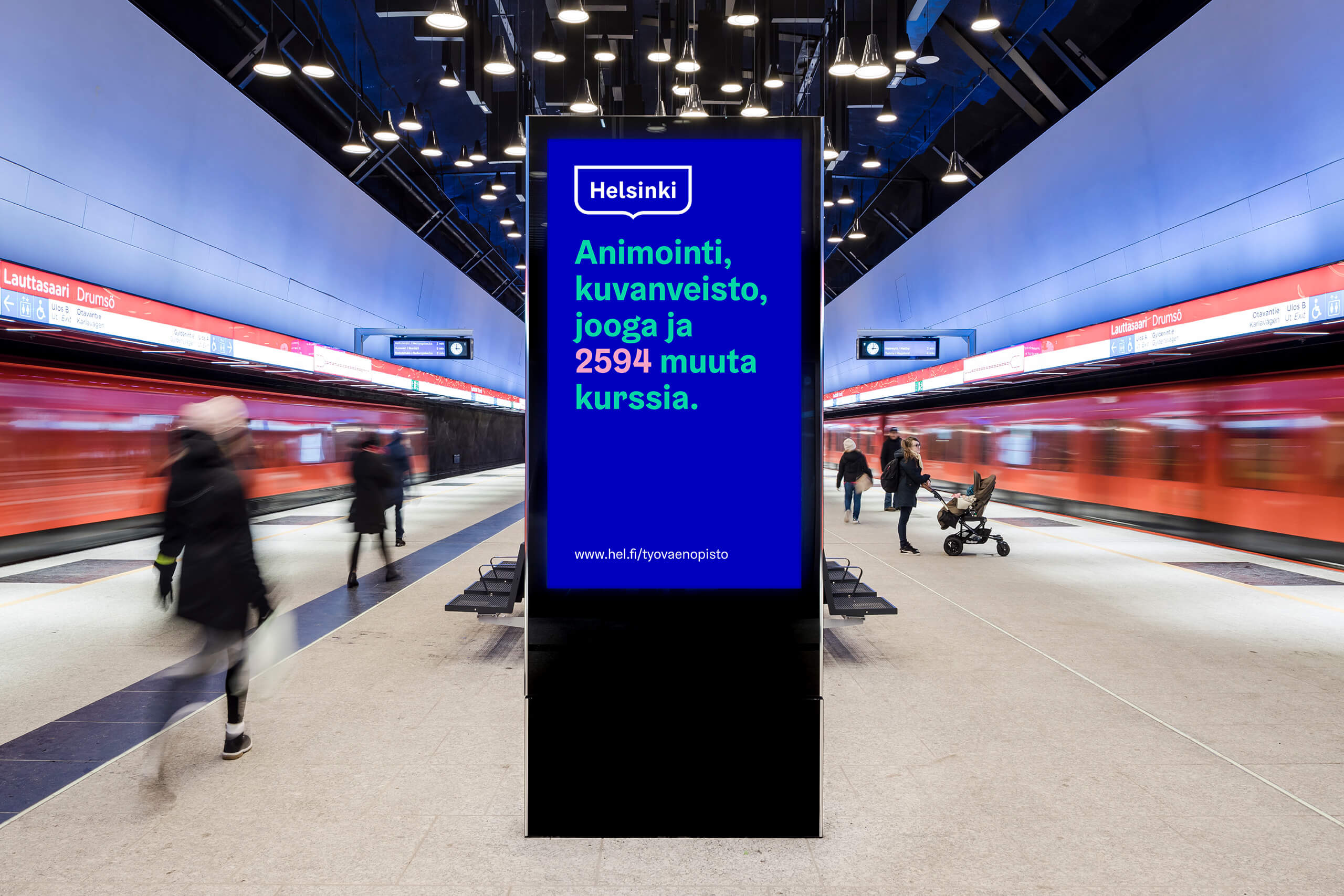 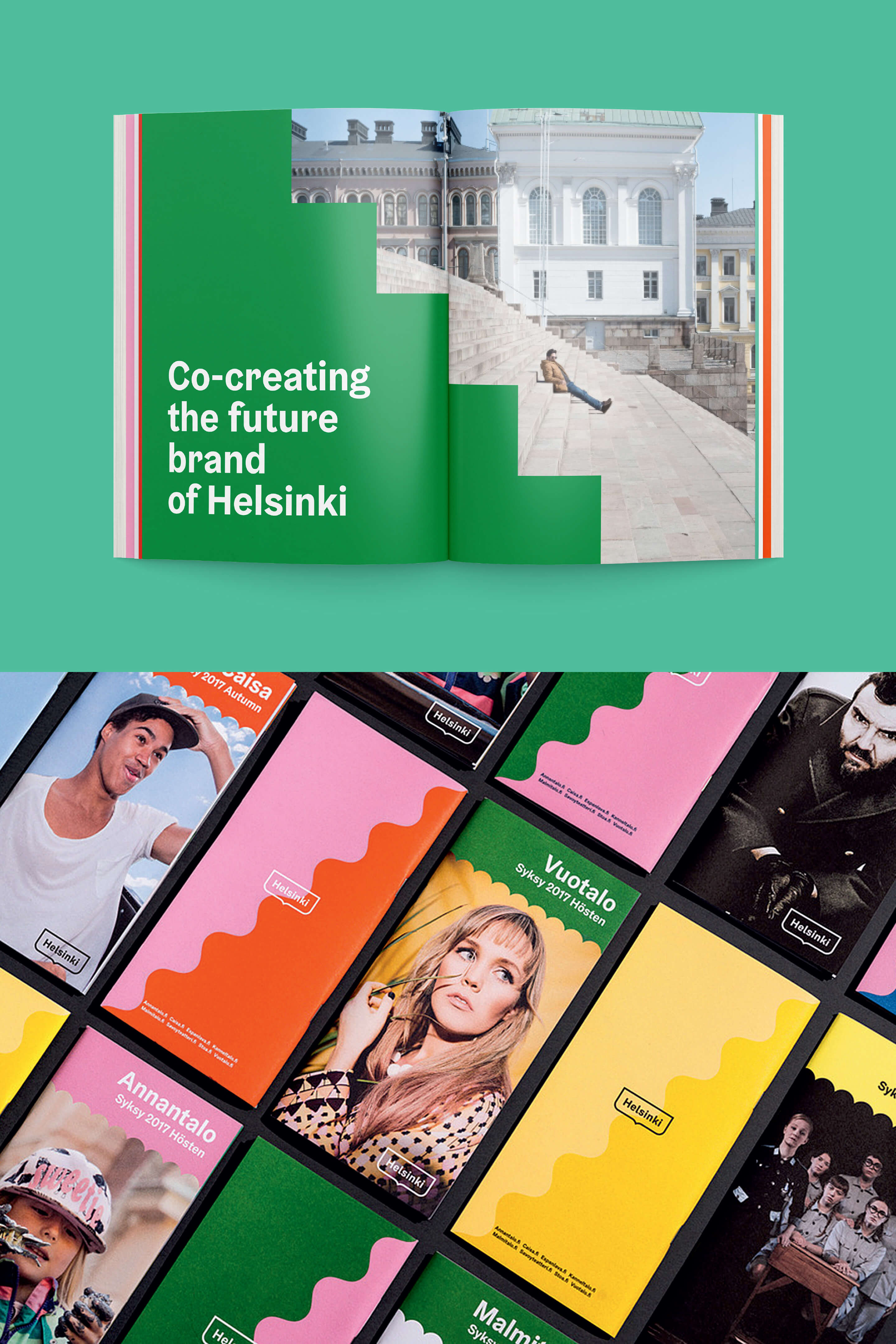 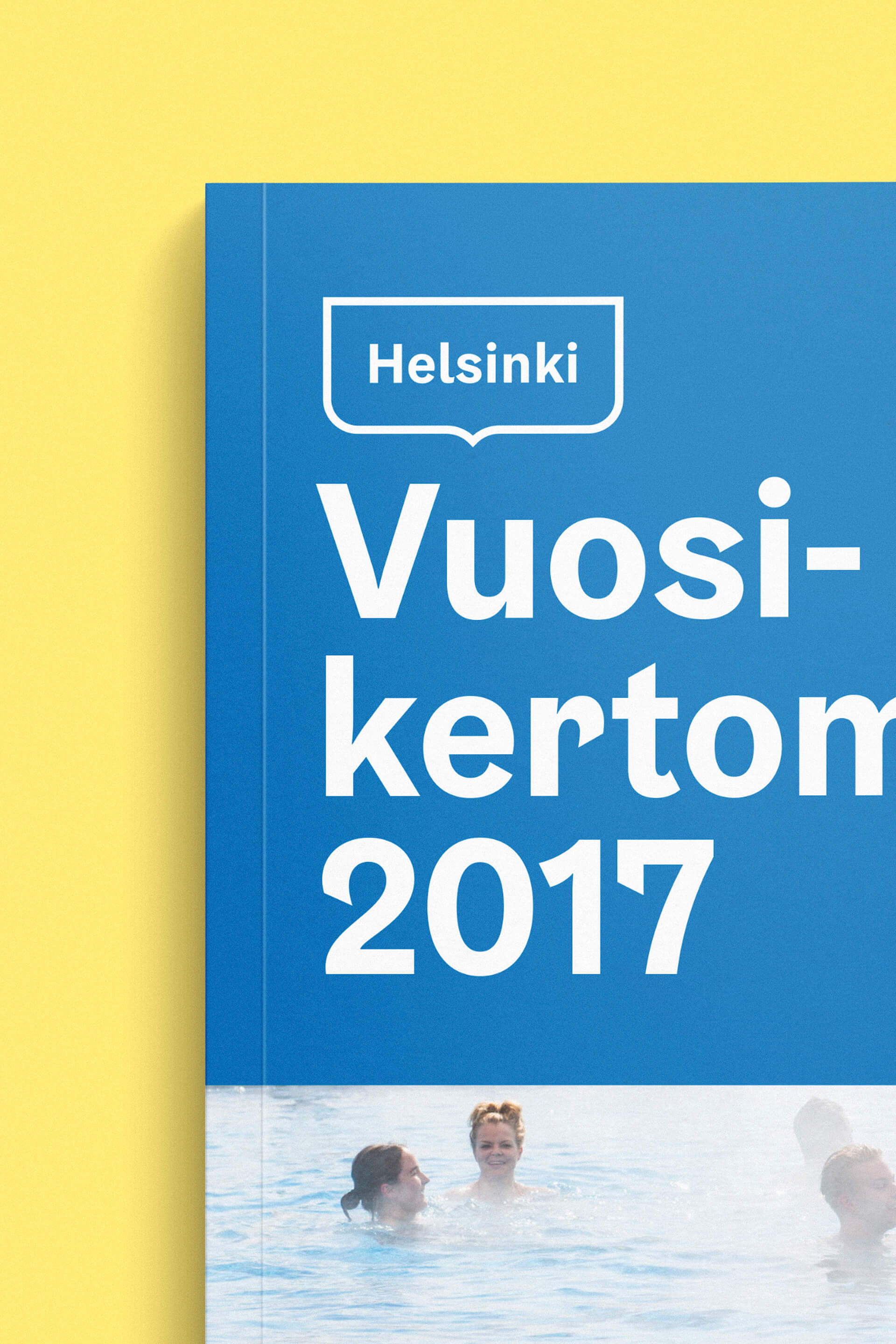 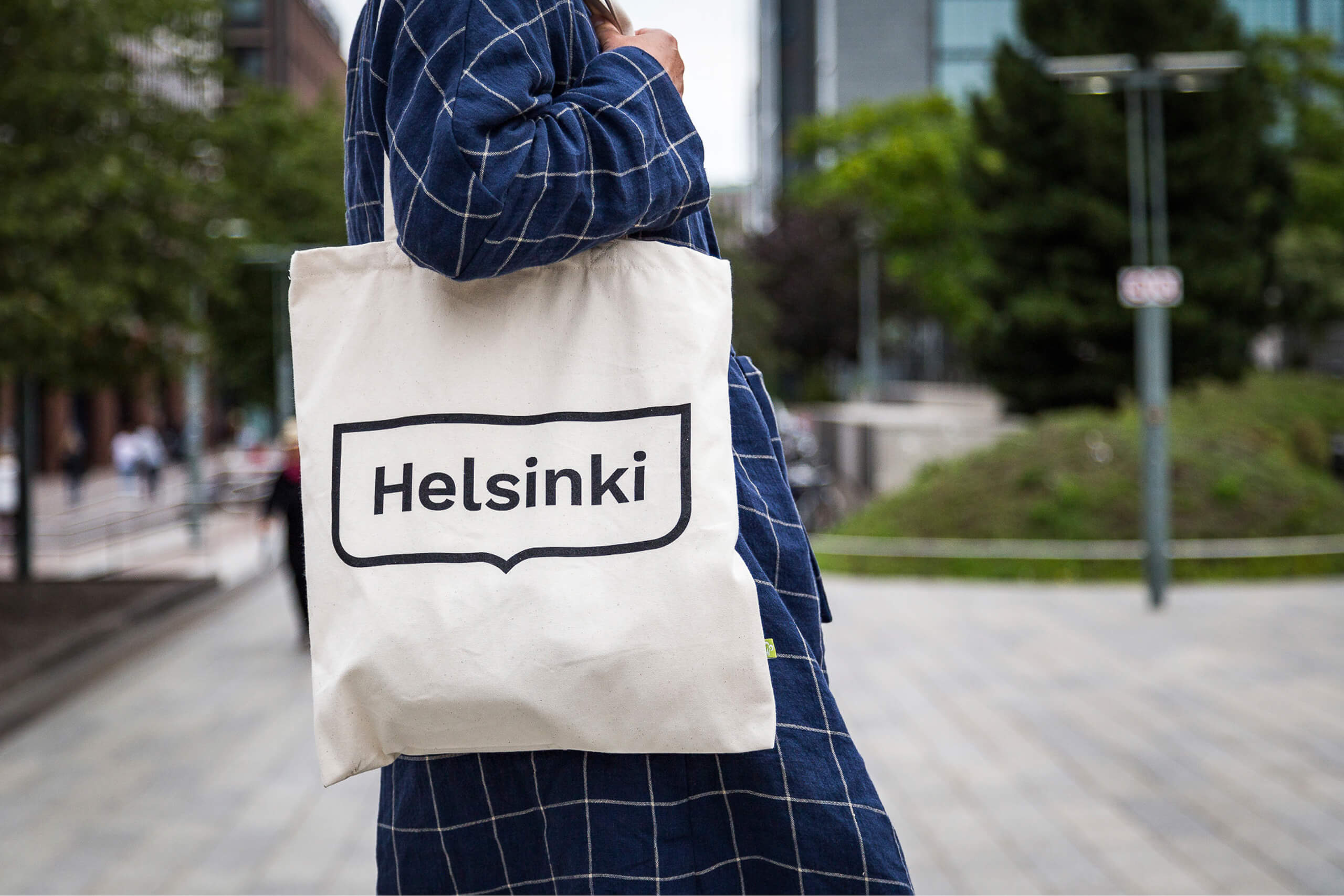